HomeNewsEverything you need to know about the Raspberry Pi
News

Everything you need to know about the Raspberry Pi A tiny computer that makes it possible to turn an idea into reality, without taking up much space 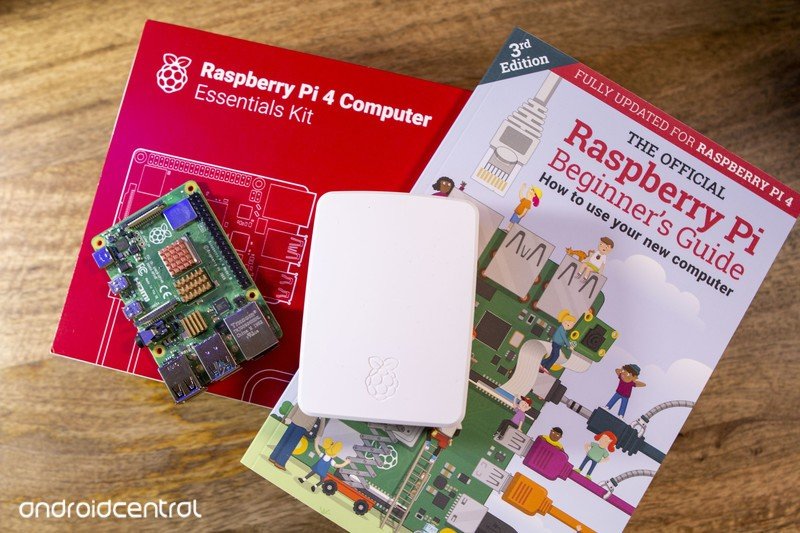 If you’re in the market for a new side project, then you might want to check out the Raspberry Pi. This is a little computer available in a few different sizes, but the primary board comes in the size of a credit card. On the PCB, you’ll find a bunch of little transistors along with a few different connection ports, and soldered right in the middle is the brains of the operation. But instead of coming pre-installed with Windows or macOS, you have the ability to choose what Linux-based operating system you want to use. 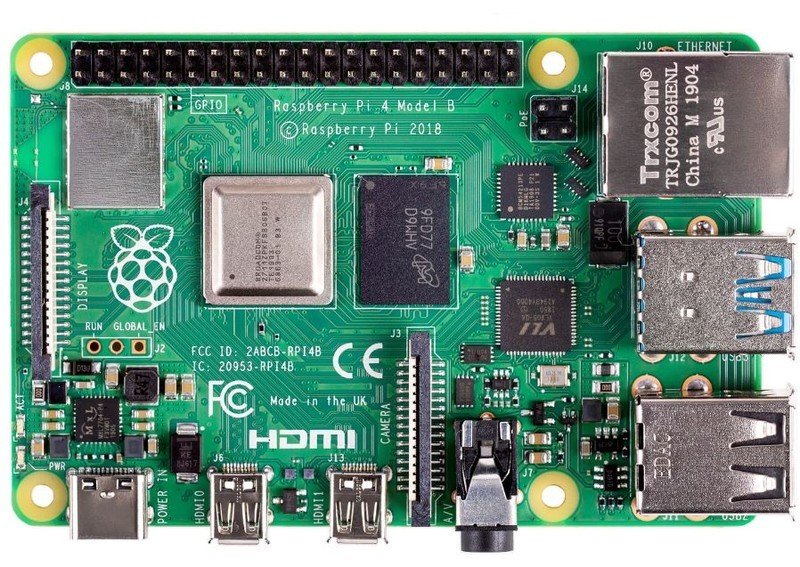 A lot of power in the size of a credit card

Not only can you use the Raspberry Pi 4 as your primary computer, but there’s a lot of power built-in. This includes being able to add different HATs to expand functionality and much, much more.

What is a Raspberry Pi? 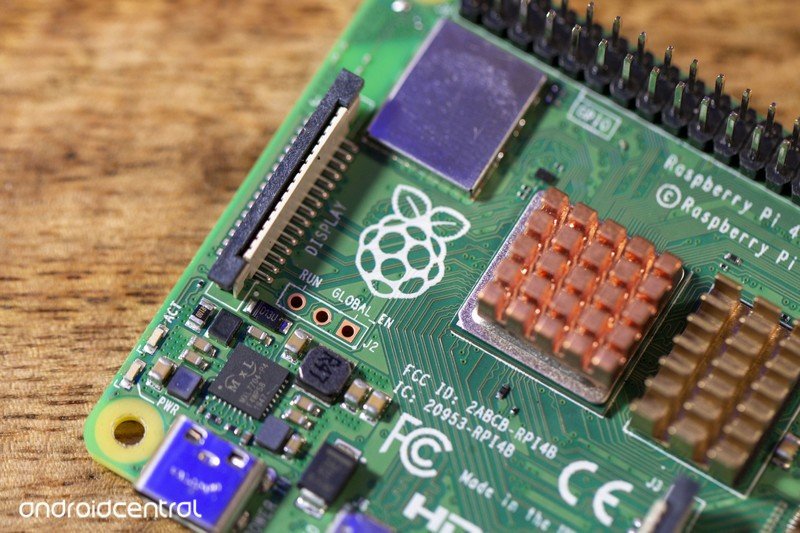 In short, the Raspberry Pi is a series of modular micro-computers which can have any Linux-based distro installed to provide an operating system. Originally, the Raspberry Pi was designed for the education sector, but it has since exploded in popularity as tinkerers and developers have taken to using the Pi for different applications. Millions use the Raspberry Pi across the globe for things as simple as learning how to program from the ground up to using it as a fully-fledged desktop PC in your home.

How many different versions are there? Unsurprisingly, only a handful of the Raspberry Pi models have been actually discontinued. However, unless you want one for the sake of nostalgia, we wouldn’t recommend getting anything older than the Raspberry Pi 3B+. This board launched back in 2018 and offered 1GB of RAM, onboard wireless capabilities, and an Ethernet jack.

The most recent model is the Raspberry Pi Pico, which sports just 264KB of RAM, and does not have any onboard wireless connectivity or other ports besides the micro-USB port for power. However, the Pico is not exactly the “flagship” model of the group. That’s currently reserved for the Raspberry Pi 4, which is offered in four different RAM configurations. Onboard, you’ll also find Gigabit Ethernet to go with dual-band 2.4GHz and 5GHz Wi-Fi connectivity. Another option is the recently-released Raspberry Pi 400, which makes life easier for those who don’t want to fiddle with plugging in a keyboard. Instead, the case of the Pi 400 is the keyboard, while you’ll also find several ports on the back to connect USB peripherals and power. You can think of the Pi 400 as the “iMac” of the group, thanks to its all-in-one solution, minus the need for an external mouse and the best Raspberry Pi screen.

Really, there’s no “best” Raspberry Pi nowadays, at least between the Raspberry Pi 4 and Pi 400. Instead, picking the right one for you is determined by what applications and use-cases you need for it.

What can you use Raspberry Pi for? 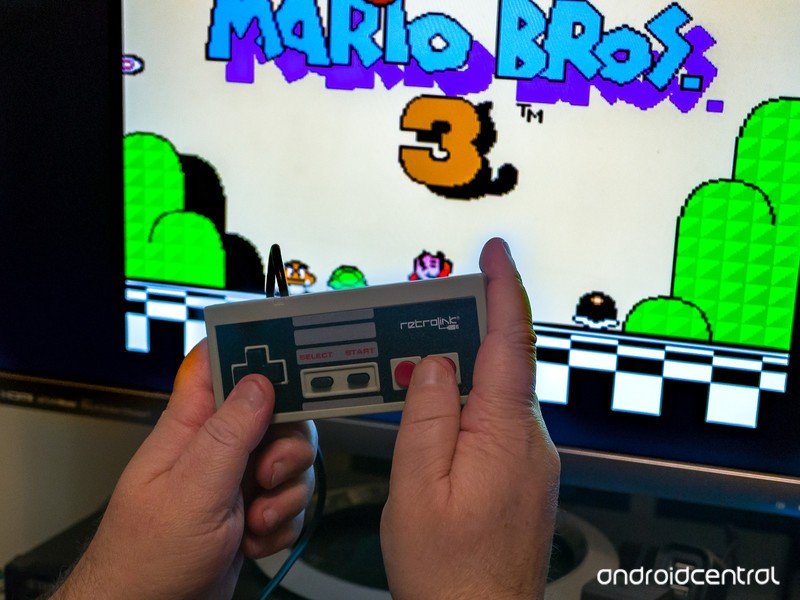 In order to determine which Raspberry Pi you should purchase, you’ll need to figure out what you can do with it and what it will be used for. If you’re into gaming in any type of capacity, specifically retro gaming, then you likely have heard about people building retro consoles. Almost all of these are powered by the Raspberry Pi, as you can install RetroPie on the Raspberry Pi, pair a Bluetooth controller, and play all of those classic games.

You can even turn the Raspberry Pi 400 into a Chromebox with ease, but the truth remains that the possibilities are really endless. Some have installed Kodi on a Raspberry Pi to create the ultimate low-powered media center, while others use the Pi as a hub for their Plex servers. You can even go so far as to use a Raspberry Pi to block all of the ads from appearing while browsing the internet, thanks to Pi-Hole.

And we still haven’t even scratched the surface as to what’s possible for controlling different accessories in your home. Between the Raspberry Pi board, different GPIO “hats,” and a little bit of programming, you can enter one command and control everything in your home.

Everything you need to get started 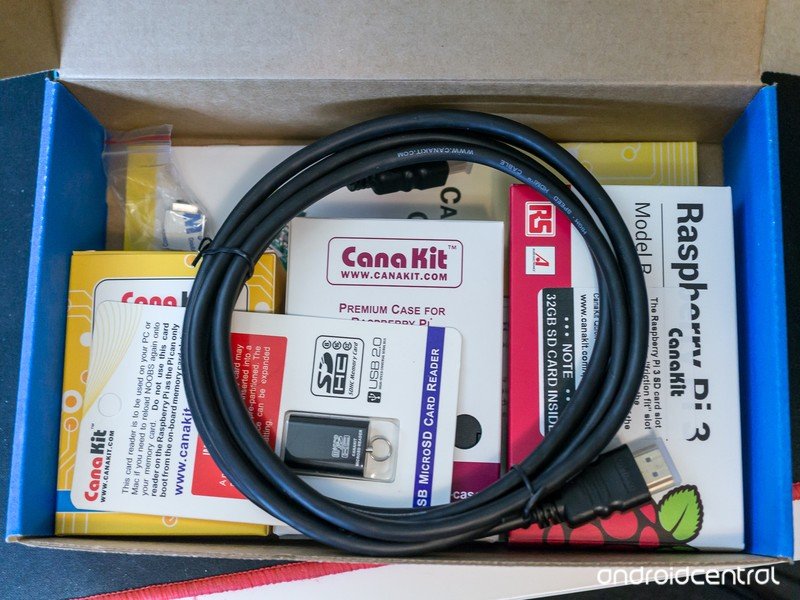 From there, you’ll want to find a microSD card so that you can install the operating system and any applications or programs that you might want to use. The amount of storage needed varies, but the Raspberry Pi 4 supports a 2TB microSDXC card. Chances are you won’t need that much headroom, but hey, who knows. Before you can think about getting things powered on, you’re going to want to check out one of the best Raspberry Pi cases. And to go with that, you’ll need to make sure you have some heat sinks and fans to ensure that your Pi doesn’t overheat, especially if you plan on using it as a retro console.

Although we compared it to an iMac earlier, this isn’t entirely true for the Raspberry Pi or even the Pi 400. You’ll still need to grab one of the best Raspberry Pi screens to see what you’re doing after the operating system is installed. With the Pi 4, you can use up to two of the best 4K monitors simultaneously, courtesy of the dual micro HDMI ports found on the board. But there are also smaller options available, including one directly from Raspberry Pi that was designed for the Pi 4 board.

Last but not least, you’re going to want to grab a keyboard and mouse. We recommend borrowing a friend’s old and dusty wired keyboard and a wired mouse for the initial setup. But after you get into the OS, you can use a Bluetooth keyboard and mouse just like your normal-sized desktop PC. All it takes is a little bit of setup, and you’ll be ready to go.

Getting a Raspberry Pi kit Here’s the thing. If you want to part out and buy every necessary piece of the Raspberry Pi setup, you can, and that’s awesome. However, unless you live near a MicroCenter or a random RadioShack that’s still hanging around, you probably aren’t going to be able to walk in the store and do that. Instead, companies including the Raspberry Pi Foundation have created Raspberry Pi Kits.

Most of the time, these kits include everything you need for the Raspberry Pi itself, including power, a microSD card, a case, heat sinks, and maybe some compatible micro HDMI cables. The price differences are minor, as the kits usually are cheaper to purchase than if you wanted to buy everything separately.

Jumping back to the microSD card, most of the time, this is a key inclusion, even if it’s smaller like a 16GB card. The reason being is that you will usually find that these microSD cards include software known as NOOBS, or New Out Of the Box Software. On here, you’ll be able to put together the Raspberry Pi kit, insert the SD card, boot, and be able to choose an operating system that you want to use.

There’s also not really a “best of the best” when it comes to looking for the best Raspberry Pi kits. Again, it comes down to what you’ll use the Pi for and what you need to accomplish that goal. For example, some kits just help you get everything set up to create a micro-desktop computer, while other kits allow you to create portable retro consoles, complete with batteries and everything else. When you receive a brand new Raspberry Pi (or insert an unused microSD card), you’re essentially looking at a blank slate. Nothing will happen when you boot up the Pi for the first time unless that microSD card has something installed on it like the NOOBS software mentioned previously.

This is great for tinkerers who know exactly what they plan to use the Raspberry Pi for, but it can be a bit cumbersome for a newbie. There are a wide variety of Linux-based operating systems that you can install on your Raspberry Pi. Some, like Raspbian, provide a fully-fledged desktop environment that does not look all that different from a Windows desktop. Others, like RetroPie, don’t feature a traditional interface and instead are something else entirely. But the great thing about using a Raspberry Pi is that you can figure out what you plan to use it for and then find an operating system that caters to those needs. In some instances, you can even install Raspbian and then install RetroPie as a separate application, giving you access to retro games, along with being a “normal” computer.

Tinker with the Raspberry Pi and have fun After you’ve installed your operating system of choice onto the Raspberry Pi, start diving a little bit deeper to see what’s possible and what you can do with the Pi. It’s an extremely versatile little computer, and you can even use it as a main computer thanks to the Raspberry Pi 4 with 8GB of RAM.

There’s also the world of Pi HATs that add even more functionality, such as using an M.2 NVME SSD for even faster speeds than what a microSD card can handle. If you plan on using multiple Raspberry Pi’s for different tasks, some Raspberry Pi cases allow you to create towers.

The only thing we recommend is that you don’t overthink it and just have fun.

The possibilities of what you can do are truly endless

The Raspberry Pi 4 is incredibly powerful and can be used for many tasks, from creating a retro console to just having a portable computer to take with you.