Every game announced at the Oculus Gaming Showcase 2021 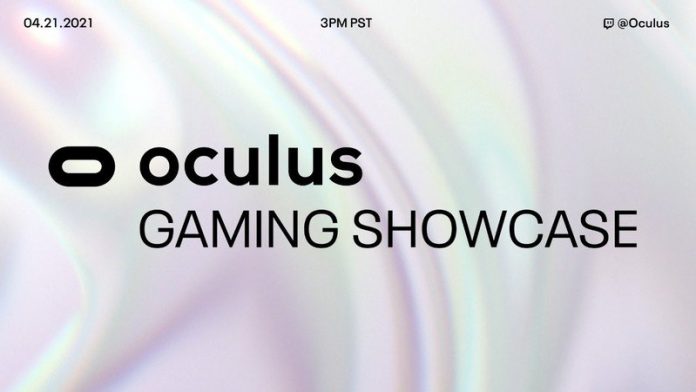 These are the games you’ve been looking for. 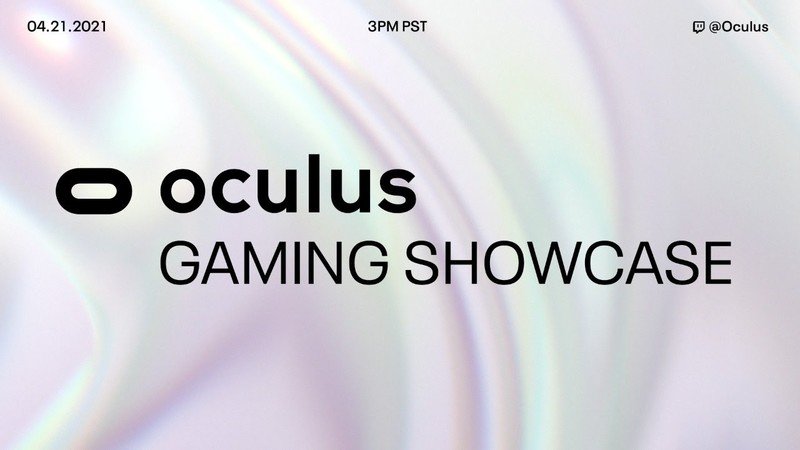 Does Resident Evil 4 even need an intro? As one of the most lauded games of all time and one of the most successful reimaginings of an already successful series, Resident Evil 4 set the bar for action-horror games for years to come. This port of the classic Gamecube title is seeing a complete reimagining for the Quest 2 with combat and puzzle mechanics sporting a full VR overhaul. It’s also the first Quest 2-exclusive game, which means the first Oculus Quest can’t play it.

That makes this the second Resident Evil game to be playable in VR — the first being Resident Evil 7, which was one of the best horror games on PSVR. Most of us probably aren’t ready to experience the horrors that are sure to unfold, and this latest trailer only proves that the Quest 2 is the best place to play horror games you’ll find anywhere.

Pistol Whip is back with a duo of new updates, both of which are releasing at the same time this Summer. Following up on the excellent Pistol Whip 2089 from earlier this year, Pistol Whip: Smoke & Thunder turns to yet another alternative history timeline to tell the tale of two sisters living in the Wild West. Cloudhead Games says “trains, tech, and explosions set the scene for some exciting surprises” and, based on what happened in Pistol Whip 2089, I can only imagine what they’ve got up their sleeve.

Pistol Whip: The Concierge is a huge update for the base game which introduces a huge swath of customizations for weapons and modifiers, alike. Looks like Cloudhead Games will be opening use of the Pistol Whip 2089 burst pistols in other levels, as well as additional modifiers and new features styles and leaderboards, too.

The follow-up to one of the highest-rated VR games of all time is getting a huge sequel release this Summer. This one’s been a long time coming — 4 years this July, to be exact. Although there were rumors that the recent delays were the result of porting the game to the Quest platform, Lone Echo II remains an Oculus Rift platform exclusive. That’s a great excuse to pick up Virtual Desktop for easy PC VR streaming to Quest and have it ready in time for the release.

Lone Echo II is a direct sequel to the original and picks up right where the story left off: hanging around the rings of Saturn. Oculus says everyone’s favorite mechanics are making a return including, of course, all the zero-G environments that make Lone Echo and its multiplayer spin-off, Echo VR, such a successful, unique, and fun experience. 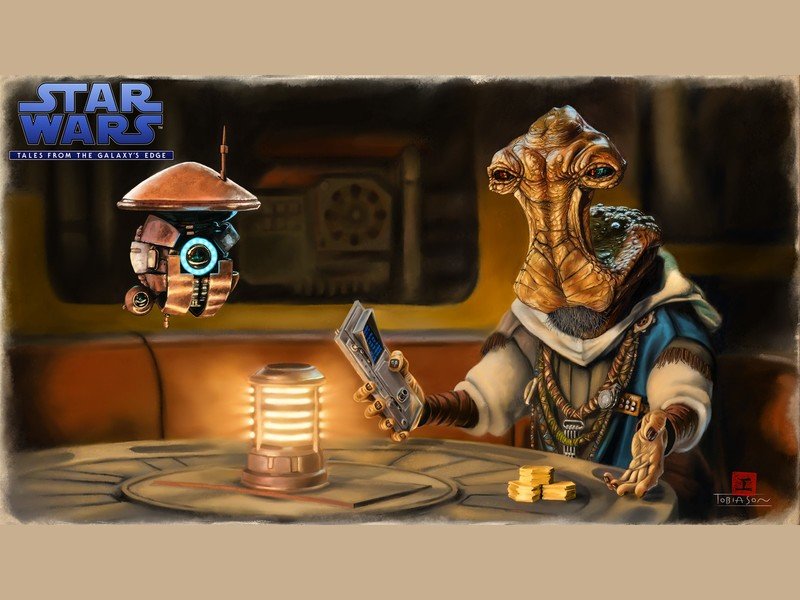 Part 1 of Star Wars: Tales From the Galaxy’s Edge launched just after the Oculus Quest 2 in November and left us wondering what was next for ILMxLAB’s newest multi-part series. In the first part, players got to experience a brief 15-minute glimpse into the High Republic era, and it looks like part II is bringing more of that timeframe — plus plenty of others — back to VR in what was an ultimately enjoyable experience.

One of the new characters you’ll get to know in Part II is Dok-Ondar, an Ithorian guest from the Den of Antiquities. There’s really no telling where Seezelslak’s stories will take players in this one, and how many Guavian Death Gang pirates will interfere. Look for this one to launch later this year on the Quest platform.

If you’ve been gaming for several decades, as I have, you’ll likely have fond memories of 1080° Snowboarding on the N64. If so, you’re really going to be stoked for Carve Snowboarding, a brand new made-for-VR snowboarding game by 1080° creator Giles Goddard. Carve Snowboarding looks to allow players to not just descend mountains at top speeds, but to grab their boards and trick their way onto the leaderboards. There’s no set release date for Carve Snowboarding just yet, but expect it to debut on the Quest platform in the near future.

A large stockpile of supplies from The Reserve — a near-mythical entity in the world of The Walking Dead: Saints & Sinners — has been dropped off seemingly out of nowhere and, in proper apocalypse fashion, you’re not the only one wanting what’s in those crates. Aftershocks is another free update for what easily be considered the single best VR game you could play right now and, while it doesn’t add the much wished for co-op mode, it looks to be another amazing entry into the world of The Walking Dead in a way that only VR and Skydance Interactive can deliver.

A brand new gameplay trailer was finally shown off for After the Fall, the next game from Arizona Sunshine studio Vertigo Games. Once again, you’ll be thrown into a post-apocalyptic world where a new kind of zombie has taken over — but this time it’s in a frozen tundra instead of the sun-washed wastelands of Arizona. Four-player co-op gameplay will keep things fresh for longer than a single-player title could, and this game is coming to both Quest and Rift platforms (as well as PSVR) this Summer.

Warhammer 40,000: Battle Sister launched back in December and has already seen one big update — Horde mode was added in the Last Bastion update — and another is launching today on the Quest platform. Quest players can now tackle The Last Bastion’s content as well as two new maps with co-op play, all available for free right now. Rift players will have to wait just a little longer, and while Oculus said it was available now in the livestream event, it turns out that version isn’t quite ready for the spotlight just yet.

The Climb 2 is a stellar experience that works best on Quest, thanks to its wire-free nature, and the upcoming Freestyle Expansion Pack — which is totally free for The Climb 2 owners — will release in two parts. The first part, available on April 22, 2021, will introduce a whopping six new levels with support for both casual and professional modes. These new levels have no checkpoints, and completing them without chalk will net you extra bonus points for better leaderboard scores.

As if that wasn’t enough, a brand new rhythm mode will get you climbing to a beat as grip points along the route will appear and disappear to the pattern of a background song. The second part of the Freestyle Expansion Pack will drop another 6 levels and will be available later this year.

VR veteran studio Fast Travel Games released a new launch trailer for their latest game, and you can check out our Wraith: The Oblivion – Afterlife hands-on if you’re looking to pick up this uniquely terrifying horror title. Easily one of the best-looking Quest 2 titles, Wraith: The Oblivion – Afterlife puts you in the shoes of a photographer that faced a horrifying death and is just trying to figure out what in the world happened — which, of course, means you’re doing all this from an afterlife in which you’re trapped in the very mansion you died in. Will you be stuck in Barclay mansion forever? You’ll have to find out. Wraith launches on April 22, 2021.

Star Wars Pinball launches on Quest and Quest 2 on April 29 and features eight pinball tables to experience in your very own “fan cave” in VR. In total, you’ll be able to play on The Mandalorian, Star Wars Episode IV: A New Hope, Star Wars Episode V: The Empire Strikes Back, Star Wars Episode VI: Return of the Jedi, Rogue One: A Star Wars Story, Star Wars Rebels, Masters of the Force, and Classic Collectibles tables. Star Wars Pinball VR aims to replicate the feeling of an actual pinball machine with realistic haptics and an online leaderboard system for those all-important high-scoring competitions. Oculus showed off a behind-the-scenes video today, showcasing how the game came to life in VR.

I Expect You To Die 2

I Expect You To Die 2 was originally announced back in January, and today’s trailer showed off a few new mechanics and scenarios that we haven’t yet seen. As the sequel to one of the most beloved early VR titles, the expectations for Schell Games’ latest title are quite high. You’ll, once again, play as a spy who is attempting to stop Zoraxis’s next bid for world domination by going undercover. This one will debut on Quest, Rift, SteamVR, and PSVR platforms later this year.

If you want to check out the event in its entirety, the full replay of the livestreamed event is available below.

Overwatch 2 What’s Next livestream: How to watch and what to expect from it