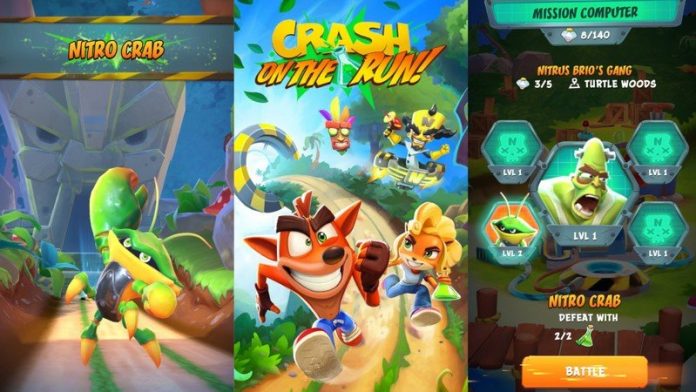 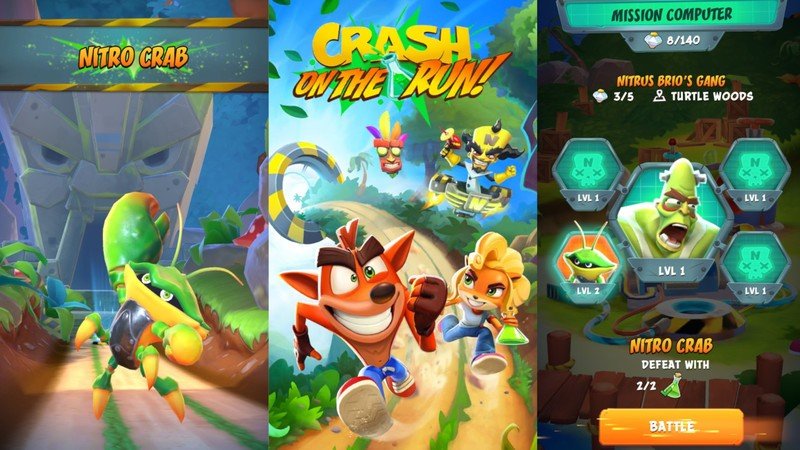 Bringing one of the Old Gods of gaming to the mobile space with panache and grace.

There’s a new Crash Bandicoot game in town, and you may be shocked to discover that it is not a canon installment. With little fanfare before launch, Crash Bandicoot: On the Run! came out for mobile at the tail end of last month, and it’s been doing absolute gangbusters ever since. Now, I’m one of those 90s kids who was raised on the likes of Crash and Spyro, so I feel very protective of the Crash legacy. I wasn’t particularly pleased to hear that a non-platforming Crash game was coming to Android. (What a missed opportunity, right?) I have to admit that I’m pleasantly surprised with the quality that On the Run! is bringing to the table.

On The Run! is yet another entry into the endless-runner genre, but it has made the atmospheric transition to mobile very well, and it looks and sounds fantastic. The soundtrack is fun, upbeat, quirky, and immediately recognizable as Crash Bandicoot. If you had played the Turtle Woods track with no context, I would have still guessed that it was from Crash, which is a testament to how well King, the developers of Candy Crush Saga, nailed the vibe of the series. It’s not necessary, but you may want a good pair of headphones to be able to enjoy the lovely OST fully!

The graphics are also top-notch, with a vibrant, poppin’ color palette and nicely stylized character models. The animations are smooth and have a lot of charm, giving each character a unique personality that the series’s fans will find perfectly in line with the cast they’ve come to know and love.

The soundtrack is fun, upbeat, and immediately recognizable as Crash Bandicoot.

In classic endless-runner fashion, the gameplay of On the Run! is very straightforward. Crash will move forward at a steady clip, and you’re in charge of controlling his jumps, spins, slides, and side-steps between lanes. You’ll need to collect wumpa fruit, spin enemies and crates into oblivion, and traverse obstacles peppered throughout your path to reach the end of each level. The touch screen controls are great, and you won’t need a controller to get the most out of On the Run! 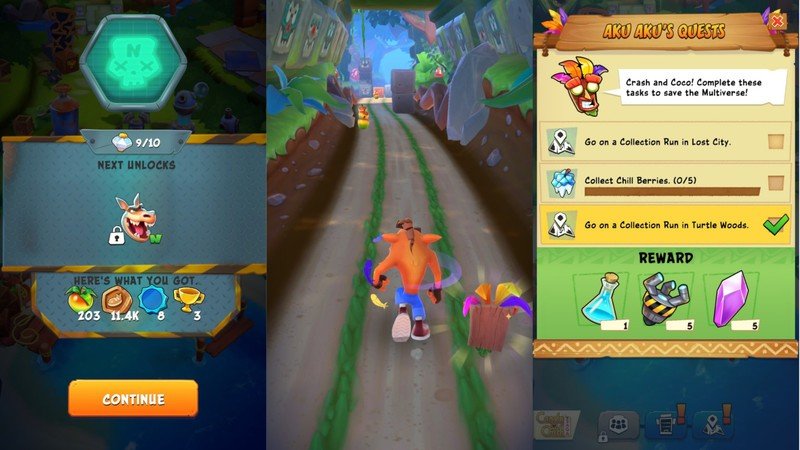 There are two different types of runs here: casual resource collection runs that can go on forever, and finite story-based boss runs that pit you against one of Dr. Cortex’s minions. Considering how easy the gameplay is, I found the overbearing tutorials to be infuriating. This is a small point of contention, though, and once you get past the tutorials, you’re free to have a good time to your heart’s content.

Switch between Crash and Coco at the beginning of each level and unlock different outfits for each character.

There are a few nice inclusions just for fun, too, like the ability to switch between Crash or Coco at the beginning of any level. You can even select different outfits for each character, some of which come with special bonuses like a fully powered-up Aku Aku mask. Some cooler skins have to be unlocked via purchase, though, so bear that in mind before you go wild trying to get every available skin.

On the Run! also features a mini-crafting system, wherein you obtain resources during collection runs that you use to make weapons necessary for defeating bosses. You can also use these resources to improve your home base’s features, which progresses the broader story and allows you to unlock more levels in the main campaign. I wasn’t totally on board with this feature at first, but now that I’ve spent some more time in it, it’s a harmless inclusion that adds just a little bit of extra incentive to keep players engaged. 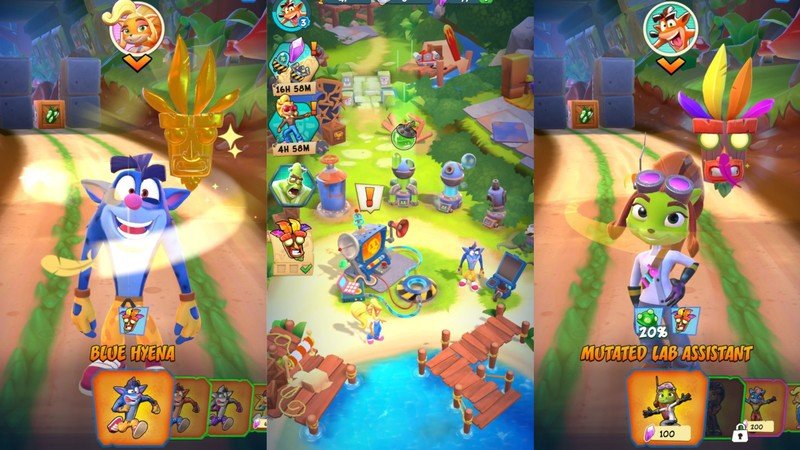 Unfortunately, there are a couple of areas where On the Run! falls short. The high octane, challenging gameplay that Crash is known for is clearly missing here. Recent remasters, like the N. Sane Trilogy and Crash Team Racing: Nitro-Fueled maintained the difficulty levels their original versions were famous for, so it’s a little disappointing to play a Crash-branded game that feels so easy. There are increasing levels of difficulty as you progress in On the Run! and they help keep things from being boring, but they never come close to touching the precision needed in other Crash games.

The high octane gameplay that Crash is known for is clearly missing here.

The other issue may not even be a problem, depending on your personal stance regarding microtransactions. Hopefully, this won’t come as a surprise, as the game is free-to-play, but On the Run! includes ads and in-app purchases. The game puts in a few roadblocks to incentivize you to pay real money to skip the line on waiting times, and these are most obvious when you need to craft more items for boss runs. It’s definitely a mild frustration when you need to make more nitro serums or bombs to complete the next boss run, but can’t because you have to wait another five minutes for the crafting process to finish up. Of course, you can pay to skip the crafting time, but to On The Run!’s credit, these in-app purchases rarely feel necessary and aren’t that in-your-face compared to many other free-to-play games.

If anything, the crafting times create a natural break that allows you to play a casual collection run while you wait. I have yet to spend a dime in this game, and you can even double your resources at the end of a collection run if you choose to watch an optional ad once your run ends. These optional ads don’t appear after every run, so you won’t be able to double your money continuously. There are definitely worse offenders when it comes to microtransactions and when you consider that this well-produced title is free, it hardly seems that egregious.

On the Run’s IAPs aren’t as obnoxious as in many other free-to-play games.

In the broader context of the Bandicootiverse, On the Run! has been doing shockingly well, clocking in at over 27 million downloads in the week that it’s been out. Not only that, but it seems to have also affected Crash Bandicoot 4, which has seen an uptick in sales since On The Run! launched. This could also be due to the game’s release on Nintendo Switch and a big advertising push, but it’s safe to say On the Run! is at least helping to generate interest. 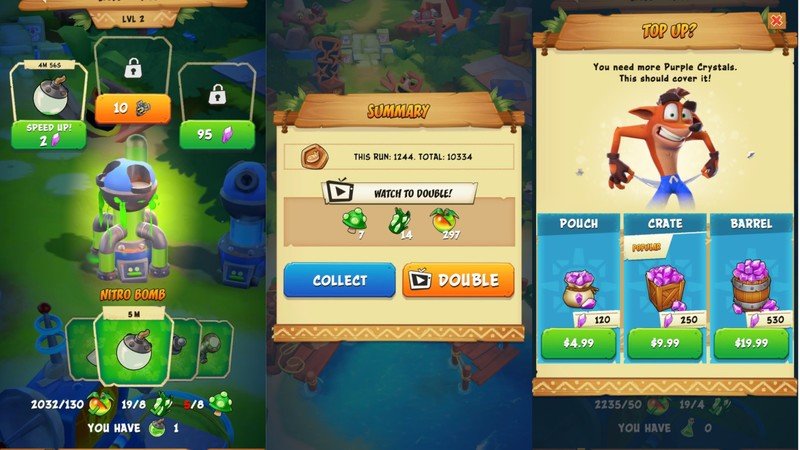 When all is said and done, Crash Bandicoot: On the Run! is a fun, high-quality endless runner that is perfect for playing for a few minutes a day. If you love the Crash games, you’re probably going to at least get a nostalgia kick out of it. If you’re not a fan of the series, you’ll probably still appreciate the stylish look and the intuitive gameplay. If Crash Bandicoot: On The Run! isn’t your jam, then no harm, no foul, but I’m willing to bet that you’ll like it, and I happily recommend that you give it a try!

Crash Bandicoot: On the Run! 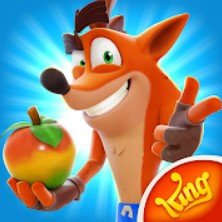 An endless runner with that coveted Crash Bandicoot flare

Crash Bandicoot: On the Run! is an endless runner featuring one of the most beloved and iconic gaming pillars. Join Crash and his crew as they steamroll Dr. Cortex’s army of baddies to save the day yet again!