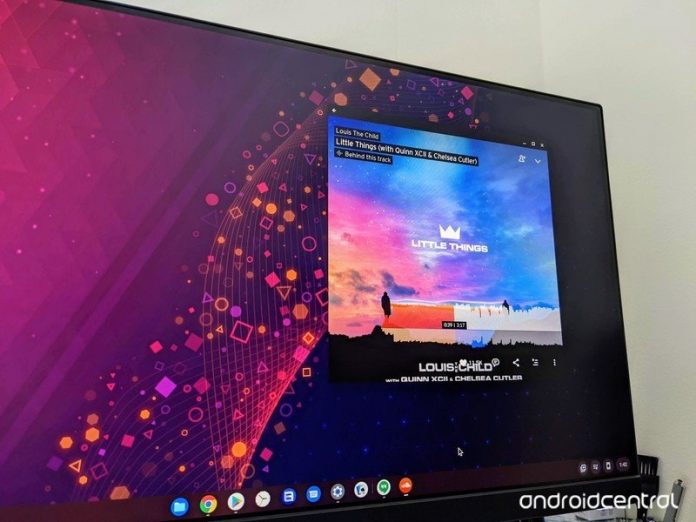 Next time someone plugs their SoundCloud after a viral tweet, you can get the best experience listening to it. It seems like everyone and their cousin has a SoundCloud to promote at this point, and if you’ve wanted to eliminate ads and listen at a better bitrate, today’s your lucky day as long as you have a trusty Chromebook. Google and SoundCloud worked together to improve the SoundCloud experience for Chrome OS users, and as part of that collaboration, there’s now a new Chromebooks Perk that Chrome OS users can claim for three months of SoundCloud Go+.

SoundCloud Go+ is the more expensive of SoundCloud’s two subscription options, and it unlocks the full SoundCloud catalog for you to listen to — and at higher quality — while also allowing you to ditch ads and save tracks for offline listening. That last bit is especially important because I don’t know about you, but there’s nothing worse than working in silence with nothing but the clickety-clack of my keyboard as I try to figure out what this blank page in front of me is supposed to transform into.

Whether you’re rocking the newest Best Chromebooks or something a few years old at this point, the beauty of Chromebook Perks is that most of them get extended to older devices in addition to the fresh-out-the-box laptops. It’s also worthwhile to scroll through and see if there’s any other free app offers to take advantage of; I grabbed a couple of free apps that were added since the last time I went into the Perks page.

Once those three free months of SoundCloud Go+ are used up, the subscription continues at $10 a month, but if you’ve been debating trying them out in addition to whichever mainstream music streaming service you currently use to tune out the world, this is the time. If you like to check out indie music or vibe out to a million remixes, SoundCloud is now even better on Chromebooks. You can even begin your own quest to stardom by uploading your own songs for the world to hear.