HomeNewsBlame carriers, not OnePlus, for our lack of Dual-SIM phones in the...
News

Blame carriers, not OnePlus, for our lack of Dual-SIM phones in the US 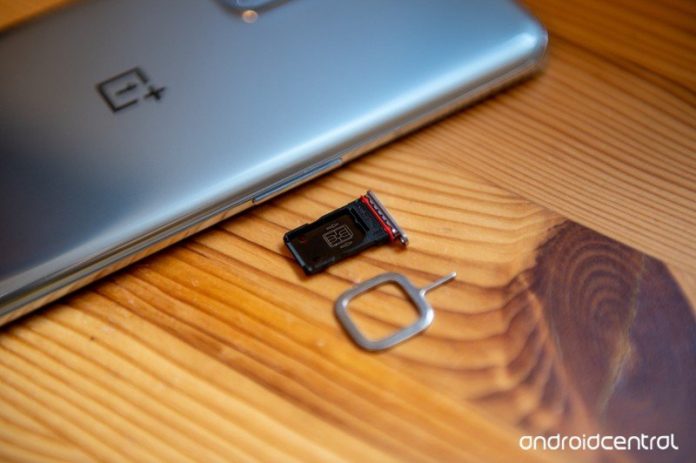 If you want to sell in carrier stores, you got to play by carrier rules, no matter how selfish and stupid. 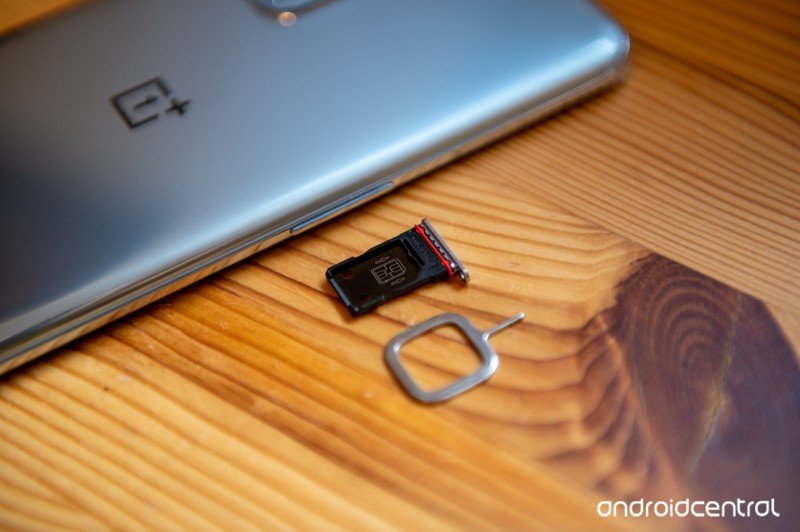 When we published our OnePlus 9 Pro review, eagle-eyes OnePlus fans immediately zeroed in on a detail that OnePlus had conveniently left out of its launch event and official spec sheet: that North America was getting a single-SIM model while the rest of the world gets dual-SIM. This led to a small brouhaha on reddit and Twitter, with our managing editor Daniel Bader eventually confirming with OnePlus that the official OnePlus spec sheets were wrong, and North America is single-SIM only.

Yep sorry meant to follow up with this thread. OP confirmed the spec page was wrong and US units are not dual-SIM

Previous generations of OnePlus phones were dual-SIM worldwide, and in America, OnePlus was your best dual-SIM phone bet before 2021. Now, users will either have to look outside carrier channels or outside the country entirely, importing international dual-SIM versions of phones like the Samsung Galaxy S20 FE or the Redmi Note 9 Pro. While you can still get two numbers on one phone via eSIM phones like the Pixel 4a 5G, eSIM still isn’t as widely supported and it takes more work to transfer it between phones.

This isn’t the only compromise OnePlus made in bringing the 9 series to North America — we also miss out on the best colors — but it’s one that marks a significant departure for the flagship series and has all the hallmarks of an American carrier stick-up. 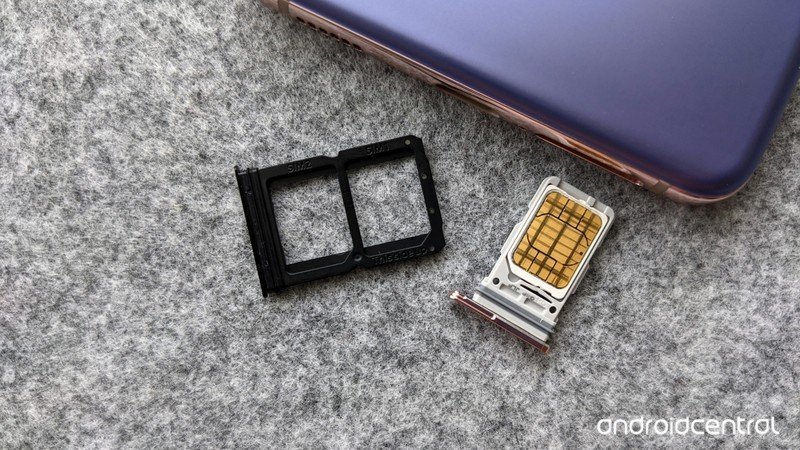 Let’s first take a moment to get a few things straight here: dual-SIM phones — phone with two physical SIM card slots — work in North America just like they do in the rest of the world. Dual-SIM is more widely used in Europe and especially in Asia, as it allows users to buy a cheap SIM when traveling or keep a second SIM either for a work number or for more robust coverage. Carriers in these regions are perfectly content to sell you a dual-SIM phone so long as you keep paying them for the phone’s contract. In fact, if you live in the UK, you can walk into a Three UK store right now and buy an unlocked dual-SIM OnePlus 9 Pro on contract without anyone batting an eye.

American carriers, however, aren’t a fan of dual-SIM. You can use a dual-SIM phone on Verizon, T-Mobile, AT&T and smaller carriers, but you’ll almost never find dual-SIM phones sold in carrier stores outside eSIM-equipped iPhones and eSIM-equipped Pixels. Dual-SIM phones work on any carrier with supported LTE/5G bands, and Android has had the software in place to juggle dual-SIM use for years — and dual-SIM dual standby (DSDS) phones exist to let you use both SIMs at once should you need to keep both your personal and work numbers active at all times. 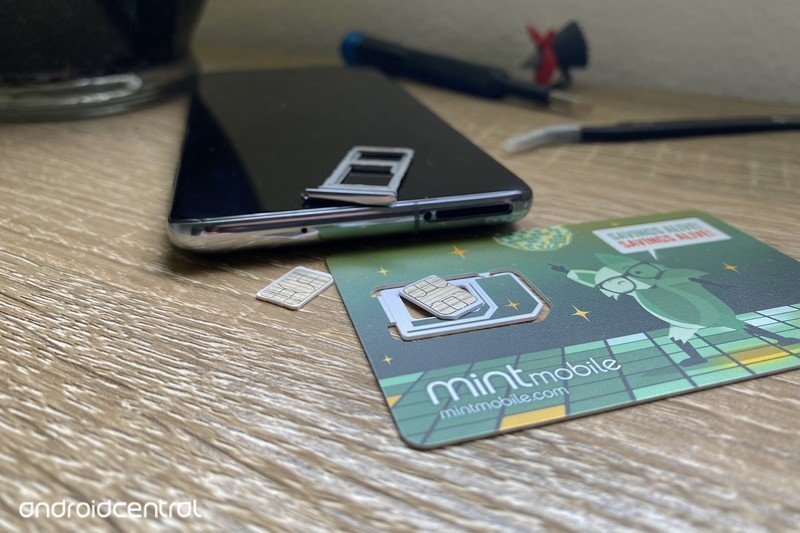 Ruling out these operational “issues”, there could be a variety of reasons for the hostility American carriers have towards dual-SIM, but the most likely one is that American carriers are greedy and want you all to themselves. After all, it’s much harder to push you towards an unlimited plan if you could just pick up a Mint Mobile SIM and buy a spare data bucket when you need it. 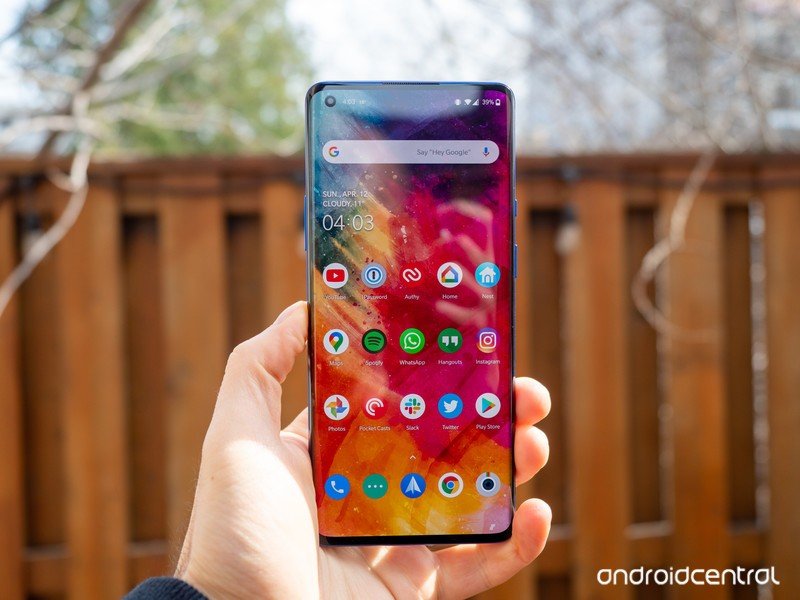 The 8 Pro is the last OnePlus dual-SIM flagship for North America.

In previous years, OnePlus bucked this and sold its dual-SIM phones everywhere, including the United States. However, OnePlus has realized over the last few years that being the “flagship killer” brand with grassroots support isn’t enough to sell in America: you need carrier support and — especially in the age of 5G — carrier certification. Certification, however, comes with strings, and this year, OnePlus seems to have acquiesced to carrier demands and produced a single-SIM OnePlus 9 and 9 Pro that could pass both T-Mobile and Verizon’s certifications.

To the vast majority of North Americans, this is no skin off their back because they’ve probably never heard of dual-SIM phones. For the tens of thousands of workers who try to consolidate their work and personal lines into one phone so they don’t have to carry two everywhere — or buy two SIMs to cope with spotty rural networks — your options are either to go Pixel, go iPhone, or import a phone and not have a warranty. This is forces manufacturers to spend extra money on US-only single-SIM models just so that Americans have fewer choices when it comes to their mobile service. As if we didn’t already have enough problems in that department already.

Dual-SIM phones may never be as mainstream in America as they are in East Asia, but they’ll never be a thing at all in the United States so long as carriers refuse to certify and sell them. And while the OnePlus 9 Pro may be one of the best Android phones on the market, it’s going to be better in Europe and Asia than it is in North America, and that’s a goddamn shame.

Get it while it lasts

This is the only dual-SIM flagship with a North American warranty.

The OnePlus 9 Pro might be out and making news, but if you were hoping it would be dual-SIM, sorry to disappoint. At least last year’s OnePlus 8 Pro is dual-SIM and still has some phenomenal hardware. You won’t get those swanky new cameras, but you’ll still get a butter-smooth screen and a sweet discount now that the new one’s out.