HomeNewsApple sold a whopping $48 billion worth of iPhones in just three...
News 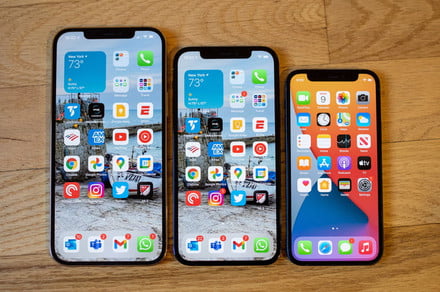 Seems like a lot of folks were holding out for the iPhone 12, with its all-new design, improved display, and 5G capability, among other features.

Apple has just reported record revenue for a non-holiday quarter, coming in at a colossal $89.6 billion for the three months ending March 27, 2021, and marking a year-on-year increase of 54 percent. A whopping $47.9 billion of that came from iPhone sales, which included not only the iPhone 12 but also the iPhone 11, XR, and SE2. That’s up from $29 billion for the same period a year earlier.

While Apple doesn’t reveal sales data for each handset, it’s safe to assume that a good chunk of that income came from the new iPhone 12 range, which launched last fall.

Buyers of the iPhone 12 appear to enjoying it, too, with recent data from IT advisory company 451 Research indicating customer satisfaction of more than 99%. The disgruntled 1% may have included iPhone Mini users suffering issues with the lock screen, as well as owners with 5G connectivity problems.

The tech giant also scored a quarterly record for Mac computer sales, which raked in $9.1 billion over the three-month period. In an earnings call on Wednesday, April 28, Apple CEO Tim Cook acknowledged that Mac sales were boosted by the arrival of the company’s new high-performance M1 chip, which started shipping with its laptop computers toward the end of last year before being added to the recently unveiled 24-inch iMac.

Apple services that include everything from iCloud and Apple Music to newer offerings such as Apple TV+ and Apple Fitness+ also delivered record results for the company, pulling in $16.9 billion for the most recent quarter.

Responding to the company’s latest figures, Luca Maestri, Apple’s chief financial officer, said: “We are proud of our March quarter performance, which included revenue records in each of our geographic segments and strong double-digit growth in each of our product categories, driving our installed base of active devices to an all-time high.”

And, with a nod to the pandemic that’s turned everyone’s world upside down over the last 12 months, Apple CEO Tim Cook said: “This quarter reflects both the enduring ways our products have helped our users meet this moment in their own lives, as well as the optimism consumers seem to feel about better days ahead for all of us.”

Looking to the next quarter, Apple said it expects to see strong figures again, but added that certain supply constraints will likely hit revenue to the tune of $3 to $4 billion.