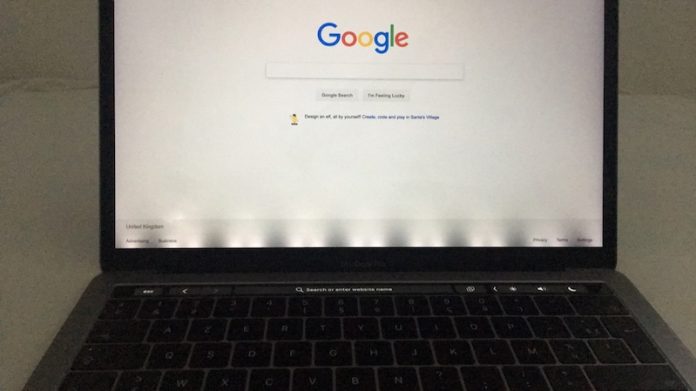 In 2019, some customers of 2016 and 2017 MacBook Pro models began to notice an odd “stage lighting” effect that would impact their screen, potentially causing the laptop to be unusable. The odd occurrence resulted from a weak and fragile flex cable that can experience wear and tear with repeated opening and closing of the computer.

Image via MacRumors reader SourceSunToM
Now, two years later, a judge who’s presiding over a case from a group of consumers accusing Apple of knowingly selling the laptops, despite the defect, says that Apple would have been alerted to the issue thanks to pre-release testing.

As reported in a paywalled report from Law360, Judge Edward Davila sided with the plaintiffs by agreeing that testing the laptops before their release would have informed Apple engineers of the issue. Hence, the company knowingly sold the laptops with the defect.

U.S. District Judge Edward Davila determined that the consumers’ allegations of Apple conducting intensive pre-release testing, which the consumers say was conducted by a team of “reliability engineers” who carried out stress tests and other procedures that would have alerted Apple to defects behind the display failures, sufficiently demonstrate that Apple was aware of the alleged defect.

“The court finds that the allegations of pre-release testing in combination with the allegations of substantial customer complaints are sufficient to show that Apple had exclusive knowledge of the alleged defect,” the judge wrote in his opinion.

The plaintiff, Mahan Taleshpour, representing a larger group of consumers, says that Apple “continues to deny there was ever a defect in its display cables,” and goes further to say that Apple attempted to cover any evidence of “Flexgate.”

According to Talehspour, Apple deliberately deleted comments and threads from its Apple Support Community Forum, which often serves as a go-to place for crowdsourcing information on potential issues with Apple devices. Talehspour accues Apple of deleting comments that outlined “‌‌Flexgate‌‌” and the issues around the display. The judge says that if the accusation is true, it will act as further proof that Apple was aware of the issue.

Apple is pushing back, saying that Talehspour bought his MacBook Pro in 2017, and used it without any issues for more than three years until the case was filed. Apple also says that the allegation is based on false assumptions,not hard-ironed facts.

Specifically, Apple says that the idea that pre-release testing of the device would have alerted it to the issue is not accurate. Alexander Wheeler, an attorney for the case, says that the plaintiffs are “naturally pleased” with the judge’s current stance on the issue and their decision to allow the case to move forward. Wheeler goes on to state the specifics of “‌Flexgate‌.”

“Those thin cables stretch and wear out as consumers open and close their laptops,” Wheeler said. “As those thin cables tear, the laptop display screens — which Apple touts as the ‘best Mac display ever’ — stop working long before the expected life of an expensive Apple laptop.”

Facebook
Twitter
Pinterest
WhatsApp
Previous articleXiaomi Mi 11 Ultra confirmed to launch in India on April 23
Next articleHas the new T-Mobile and Google deal tempted you to join the un-carrier?