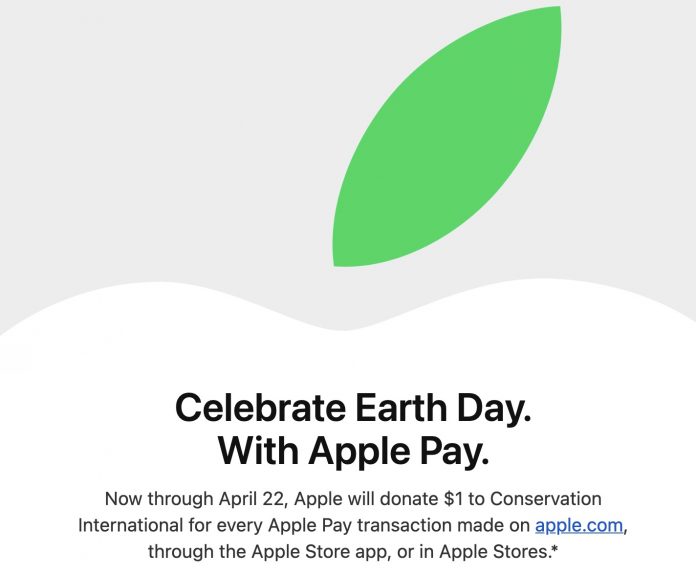 From now until April 22, Apple will be donating $1 to Conservation International for every Apple Pay purchase made on Apple.com, through the Apple Store app, or in Apple retail stores.

The donations will be made in celebration of Earth Day, which takes place on April 22.

Apple shared the promotion in an email to ‌Apple Pay‌ users, with the email also highlighting brands with sustainable clothing and accessories like Allbirds, Pela, and The North Face, and promoting Apple TV+ documentary “The Year Earth Changed,” which debuts this Friday.