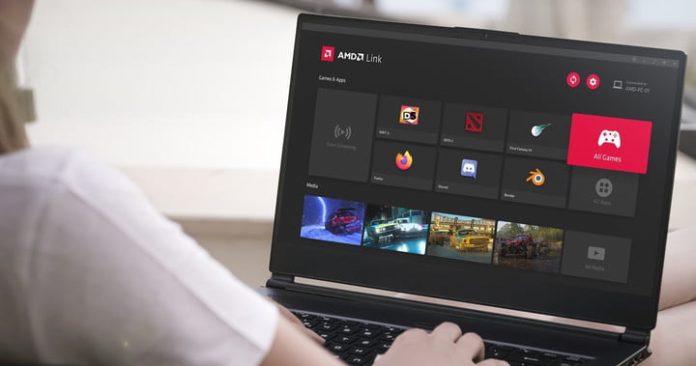 AMD released Radeon Software Adrenalin 21.4.1 today, bringing a host of updates, improvements, and features to Radeon cards. On the list is AMD Link 4, which expands Radeon’s remote play application with a native Windows app, multiplayer streaming, and support for 144 frames per second (fps) and 5.1 surround sound.

The biggest improvement is dynamic stream adjustment. Now, AMD Link will automatically detect your hardware and network conditions and adjust the stream accordingly. AMD claims its new streaming technology is “up to 60% better” after the company overhauled its streaming tech to lower latency.

In a press briefing, AMD claimed Link’s player base “practically tripled” over the last year, causing the company to “go back and see what improvements [it] could bring to the AMD Link experience.” First up is a Windows application that allows you to connect to a computer with a supported Radeon card. The Windows app can launch games just like the previous version of AMD Link, but it also supports a full remote desktop experience. You can find popular apps alongside your games in the AMD Link window.

Along with the Windows app, AMD introduced Link Game. This feature work similarly to Steam’s Remote Play Together, allowing you to generate a code to invite a friend to your multiplayer game. Unlike Steam’s version, though, Link Game works across applications, allowing you to effectively share your PC over the internet. This feature comes through the Radeon software, so both users need an AMD card (integrated graphics work) to use it.

AMD improved some existing features, too. You can access in-stream settings now to change your fps limit and resolution, as well as view streaming metrics. AMD Link 4 supports 144 fps streaming with a fast enough internet connection and 5.1 surround sound, too.

You can download Adrenalin 21.4.1 now on Radeon graphics cards.