Home How to Watch UFC 259: Live stream Blachowicz vs. Adesanya today
How to 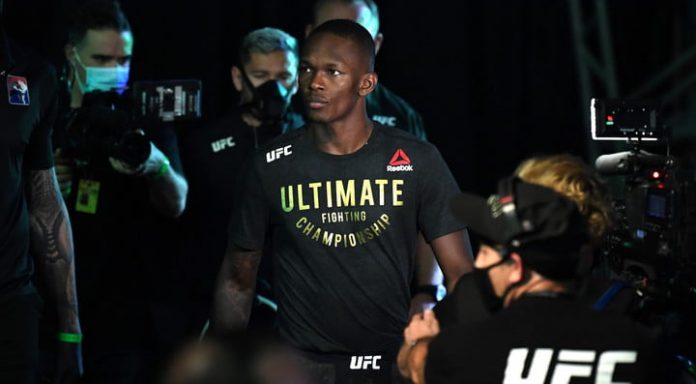 This evening, a huge 15-fight MMA event is happening in Las Vegas, Nevada, with UFC 259 featuring three championship bouts on its star-studded main card. This is the third UFC pay-per-view event of the year (fight fans are looking forward to two of these this month), and there’s still time to sign up to ESPN+ so you can watch UFC 259 online. That’s right — there’s no free UFC 259 live stream, so you’ll need to hand over some cash if you want to watch the action unfold live.

There’s no free UFC 259 stream, unfortunately, as ESPN holds the exclusive broadcasting rights to UFC PPV events. That means you’ll have to pony up the cash if you want to watch UFC 259 online. Some good news for new subscribers, however, is that the UFC 259 PPV bundle deal lets you nab a year’s subscription to ESPN+ and the Blachowicz vs. Adesanya pay-per-view package together for $90, saving you $40.

ESPN+ rings in at $6 per month or $60 per year (the annual membership being the better value), while UFC PPV tickets cost $70 — a total of $130 if you buy them separately. The ESPN+ bundle deal is the best way to save on this pay-per-view, but you can only take advantage of it if you’re a new subscriber to ESPN’s premium streaming service. If you’re not and still want to save some cash, though, then consider upgrading to The Disney Bundle which gets you ESPN+, Disney+, and ad-supported Hulu for $13 per month — a 25% discount.

UFC 259 is a high-stakes event: A whopping 15 fights are scheduled across the early preliminary, preliminary, and main cards, with the headliner being a light heavyweight championship bout between defending champion Jan Błachowicz (27-8) and current middleweight champion Israel Adesanya (20-0) who is moving up in weight class to challenge for a second title. The co-main event is a women’s featherweight contest, with double title-holder Amanda Nunes (20-4) defending her belt against Megan Anderson (11-4). The third and final title bout will see the UFC’s top-ranked bantamweight Aljamain Sterling (19-3) going fist-to-fist with reigning champion Petr Yan (15-1).