Home How to Watch Raya and the Last Dragon: Stream the movie on Disney+ today
How to

Watch Raya and the Last Dragon: Stream the movie on Disney+ today 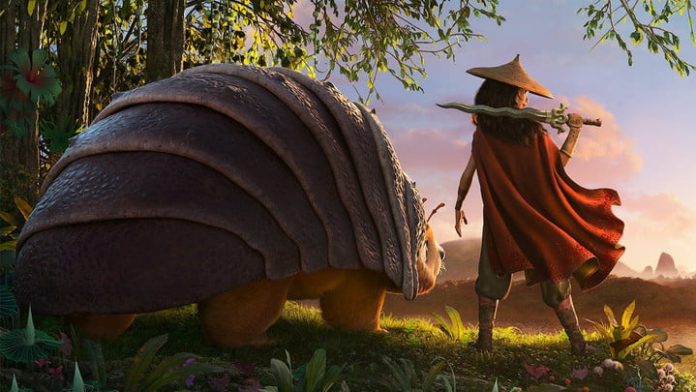 Been waiting for your Disney fix? It’s here: The animation studio’s latest film, Raya and the Last Dragon, releases today, and if you want to watch it, now’s the perfect time to sign up for Disney+. The movie stars Kelly Marie Tran as Raya, a warrior tasked with tracking down the last surviving dragon in a bid to stop an ancient enemy once and for all. Read on to find out more about how to watch Raya and the Last Dragon online.

How to watch Raya and the Last Dragon online in the U.S.

Disney+ is a relative newcomer to a crowded and competitive streaming market, but as an exclusive platform for all things Disney (that includes the subsidiaries of the House of Mouse such as Marvel and Star Wars, too), it has taken off in a big way. It’s the go-to place for streaming everything from new movies like Soul and Raya and the Last Dragon to exclusive shows like WandaVision and The Mandalorian. The entire catalog of Disney properties is available on-demand as well, with new content being added constantly. Disney+ rings in at $7 per month or $70 per year.

Directed by Carlos Lopez Estrada and Don Hall, Raya and the Last Dragon is a fantasy tale set in the world of Kumandra where people and dragons once live side-by-side in peace. That peace was threatened by the monstrous Drunn, but the dragons sacrificed themselves to save their human allies, almost to the point of total annihilation. When the Druun finally return centuries later, a young warrior named Raya (voiced by Kelly Marie Tran) must track down the last living dragon to put an end to the Druun for good.

If you want to watch Raya and the Last Dragon online today, then you can sign up for Disney+ for just $7 per month or $70 per year. If you’re looking for a larger streaming bundle, then you can also grab The Disney Bundle which costs just $13 per month and includes Disney+ along with Hulu (ad-supported) and ESPN+, saving you 25% on their combined subscription prices. If you already have any of these services, you can still upgrade to The Disney Bundle and get the same discount.

Not sure if it’s worth your hard-earned cash? Check out our Raya and the Last Dragon review.