TiVo Stream 4K review: Is it a Google Chromecast killer? 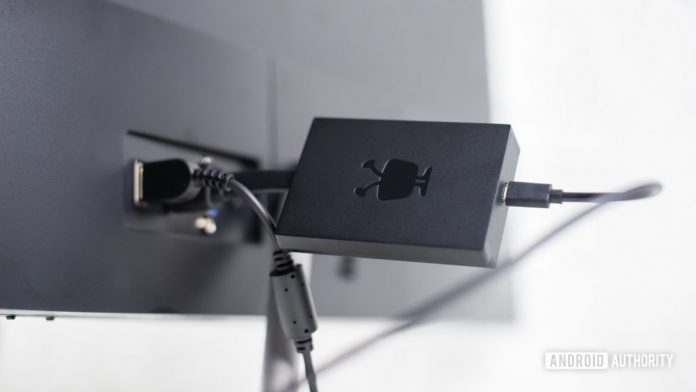 You remember TiVo, right? All the cool (and possibly rich) kids had it, leaving the rest of us jealous. TiVo DVR service allowed you to record live TV content so you could view it later, which was revolutionary in a time when on-demand video services like Netflix didn’t exist. Now the iconic brand has moved into media streaming with the TiVo Stream 4K.

In an increasingly crowded space, does the TiVo Stream 4K have what it takes to become the center of your living room experience? Let’s find out in our TiVo Stream 4K review.

What you need to know about the TiVo Stream 4K

The TiVo Stream 4K is powered by Google’s Android TV platform and has a retail price identical to Google’s Chromecast with Google TV. The big difference here is that you don’t get the new Google TV UI, as the Stream 4K runs a combination of the stock Android TV UI and its own custom interface.

The TiVo Stream 4K dongle connects to your television through HDMI and creates a smart TV experience. It also has access to a whole host of apps via the Google Play Store. This means you can use it to watch videos on YouTube, Netflix, Hulu, Amazon Prime Video, and others. It also supports live TV apps and music services. Don’t want to use the UI all the time? Chromecast support is integrated, so you can beam content straight from other devices to your TiVo Stream 4K-connected TV. You can even use the remote’s microphone to ask questions or look up your favorite shows using Google Assistant voice commands.

The design is as simple as it gets. The TiVo Stream 4K is a small black box that measures 77 x 53 x 16mm. There’s an HDMI connection on one end, a micro-USB port for charging, and a USB Type-C port for connecting other accessories and peripherals. It can stream in 4K, as its name implies, and there’s support for both Dolby Vision HDR and Dolby Atmos audio. 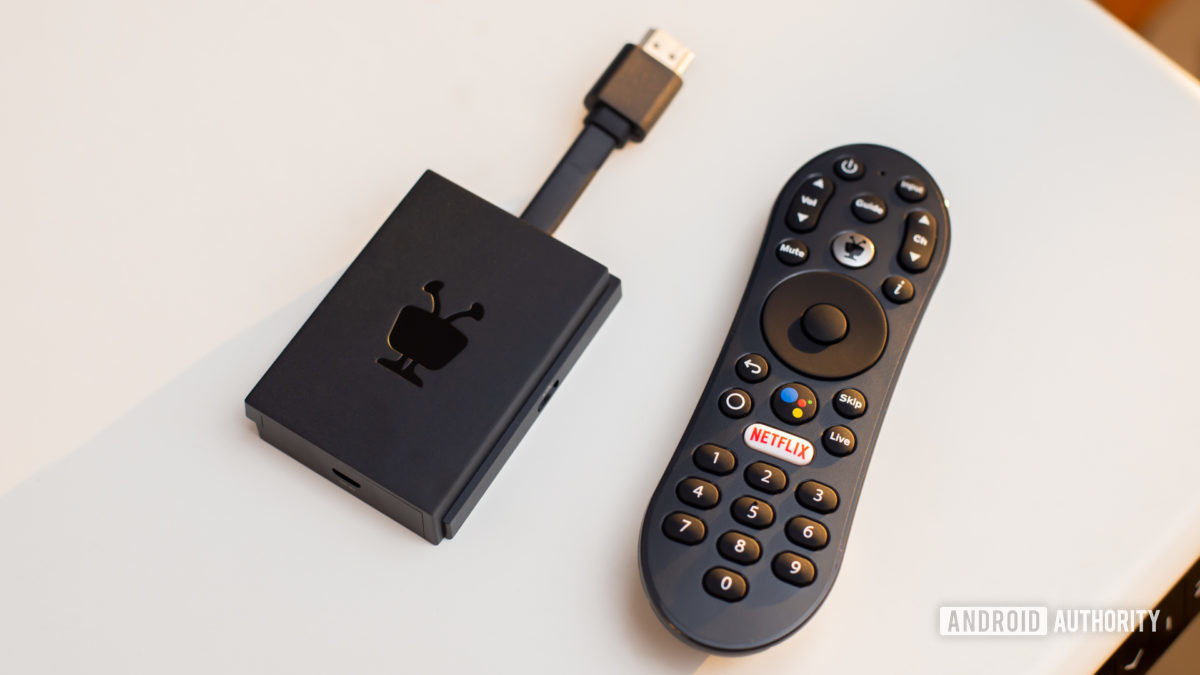 Let’s start with the set-up, which is pretty straight-forward. Step-by-step instructions are displayed on the screen. This includes connecting the remote, setting up your Google account, and telling the system your viewing preferences for improved suggestions. You have the option of using your phone for setup too, if you prefer that over the remote.

The TiVo Stream 4K gives you all the power of Android TV, with some unique TiVo-inspired additions.

If you know your way around Android TV you’ll feel right at home with the TiVo Stream 4K. The device has a simple UI that focuses on content, as opposed to applications. The home page has a column showing app info on the left side, but the rest of the screen is filled with content previews. There are a few settings and control options up top too. It’s great to have such a minimalist design that focuses on content, but TiVo made things a bit more confusing by adding its own special touches (more on that in the next section). 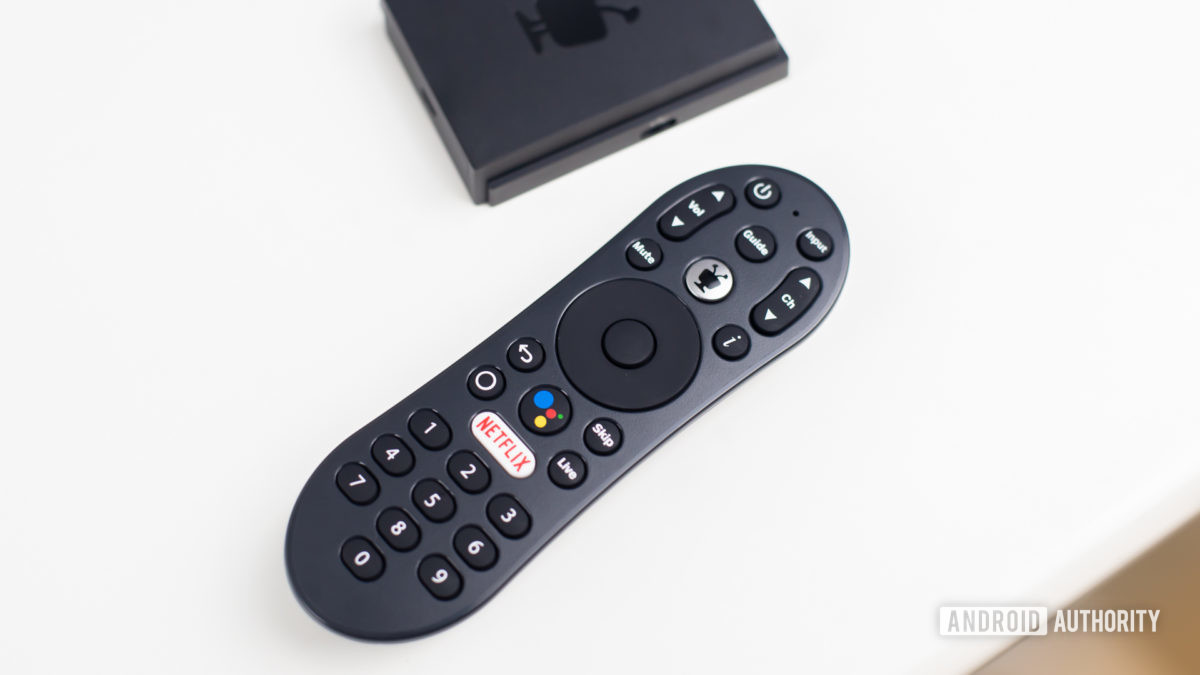 Talking about navigating the UI, this is done with an included remote. This accessory is larger than the one included with the Chromecast with Google TV, but it is also much more functional. There are more buttons that make it faster to get things done. These include number buttons, more media controls, a Live TV shortcut, a dedicated TiVo button, and more.

TiVo’s remote body also has a more ergonomic design with strategically shaped curves in the back. This, along with the larger size, makes holding the TiVo remote more comfortable than Google’s streaming device. It doesn’t feel like it will suddenly slip out of your hand. 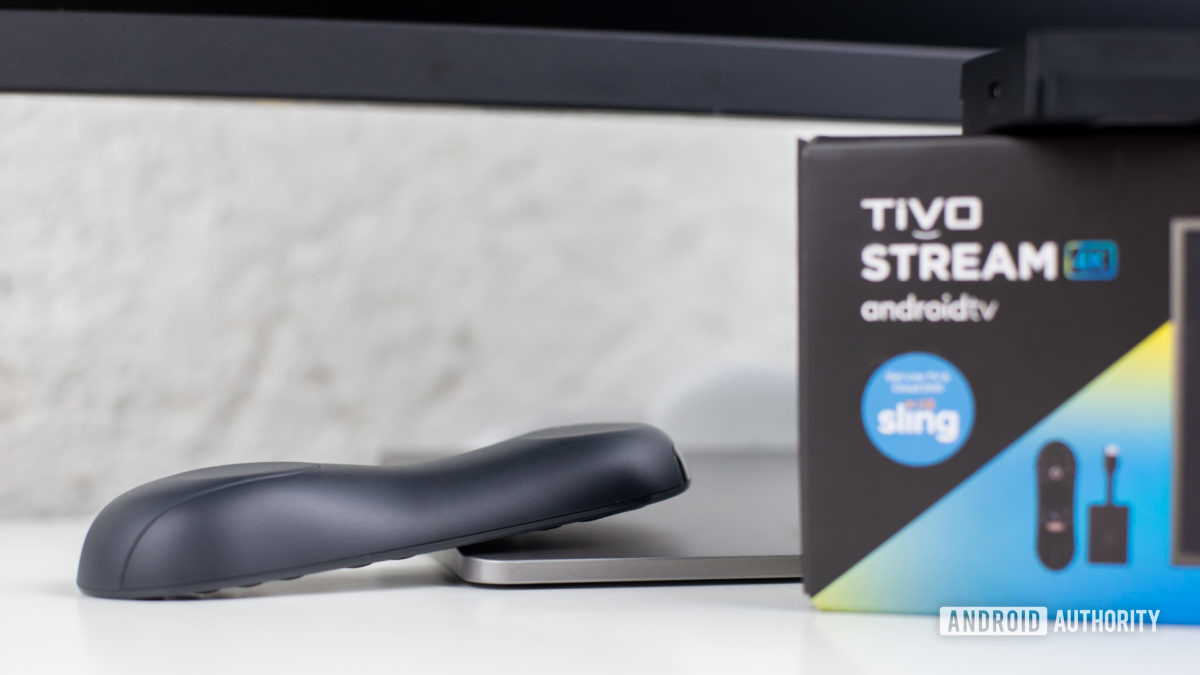 If you’re still a fan of live TV and don’t mind using Sling TV, the TiVo Stream 4K has a huge advantage over its competitors. TiVo has partnered with Sling and offers something similar to a TiVo DVR experience, allowing you to watch your favorite shows and movies later. While DVR functionality might not be necessary for all users, some live TV content doesn’t make it online or takes longer to do so. In other words, if you watch to watch certain live programming DVR might be the only (or at least fastest) way to do it. 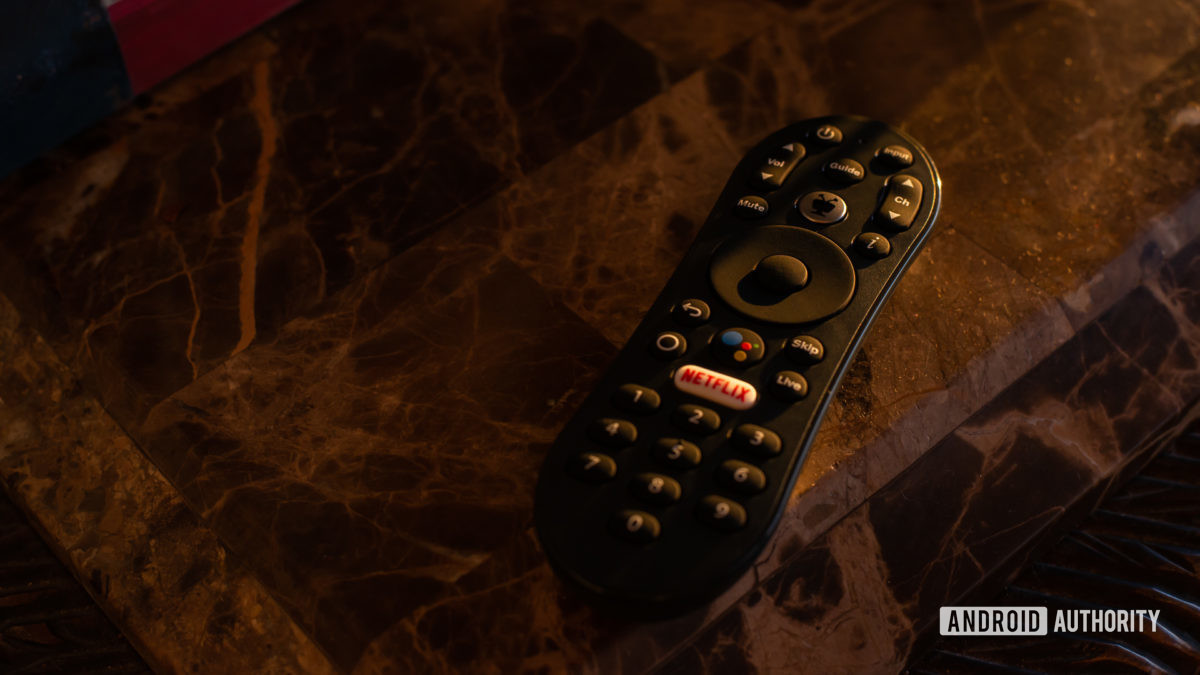 We can’t deny Google’s design is gorgeous when compared to the TiVo Stream 4K. The Chromecast with Google TV has a rounded, super clean look. It’s definitely prettier than TiVo’s black box, but this honestly shouldn’t bother you. No one will see your dongle once it is set up, as it will live behind your TV.

One thing people will see and use all the time is the remote. While it’s more functional, the TiVo Stream 4K’s controller is also arguably uglier than Google’s. If you want something that’s simple, the TiVo Stream 4K may not be for you. 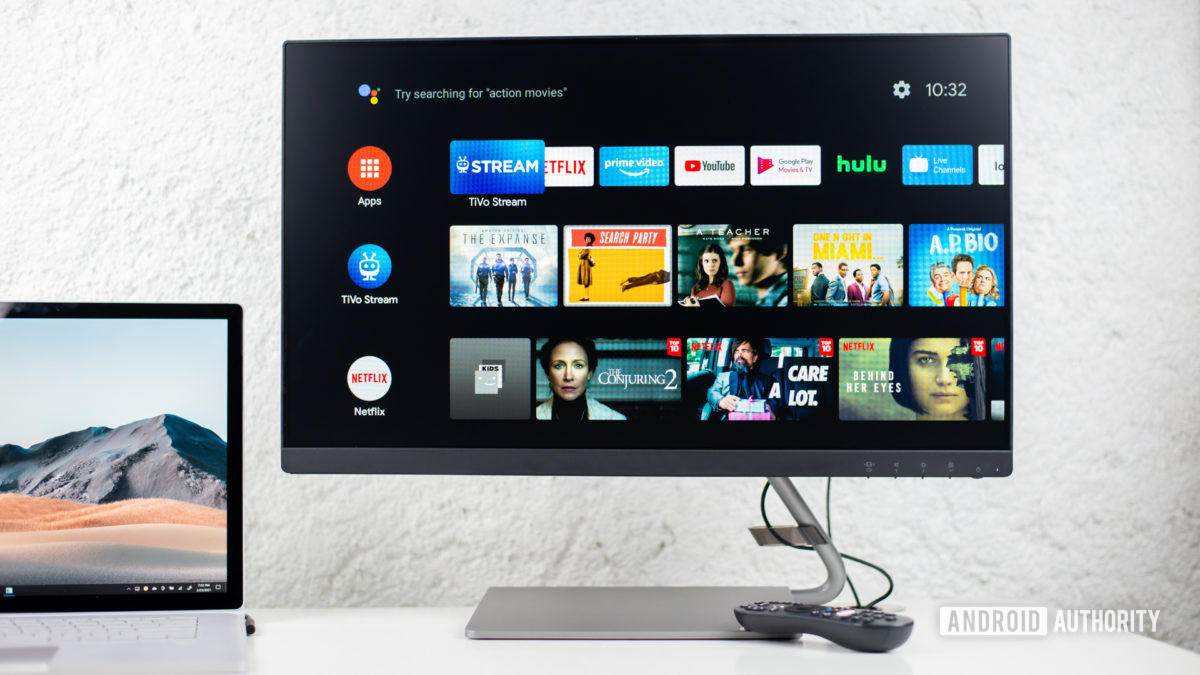 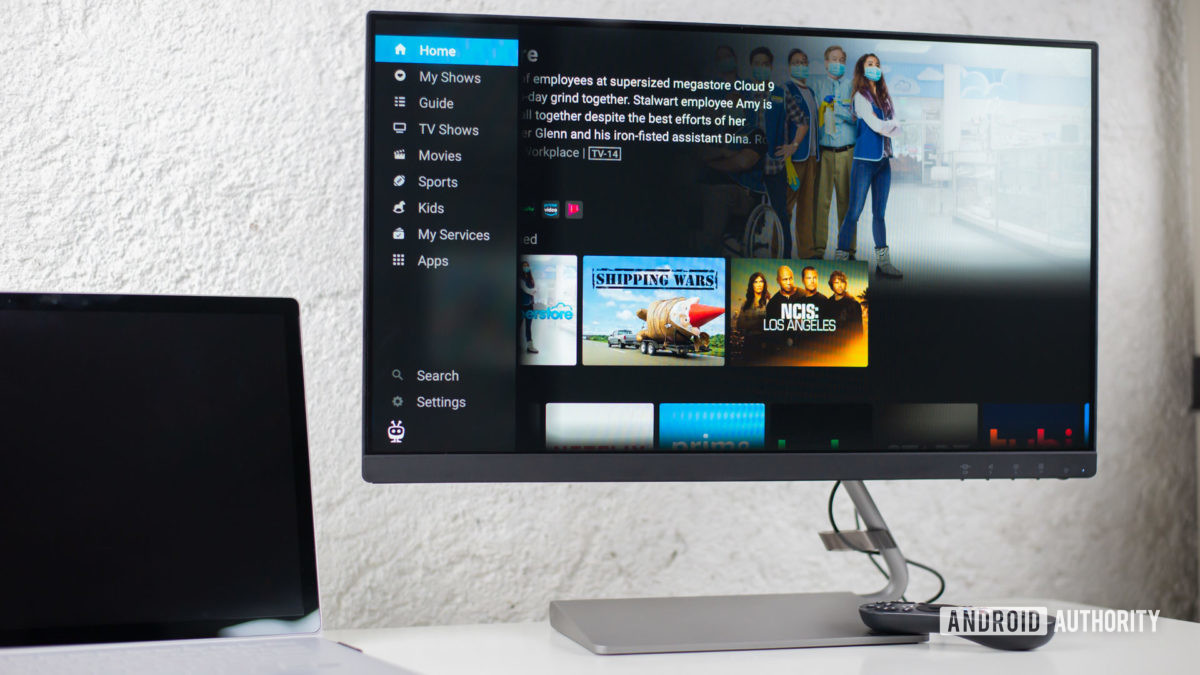 While stock Android TV isn’t quite as compelling as the newer Google TV UI, it’s still easy to use. However, TiVo’s implementation is a bit odd.

Instead of giving us just the stock Android TV device, TiVo tacked on its own UI on the side. Think of the TiVo menu as a UI within a UI. You’re presented with the Android TV experience upon turning on your TiVo Stream 4K, but you can also enter the TiVo Stream experience. It shows all the same things like shows and movies, just presented in a different way.

Some of TiVo’s unique features are welcome, but the dual UI interface can be a bit confusing.

This makes the experience redundant, but we suppose it’s good to have options and we can see how TiVo improves upon the experience. There are more categories and it can be further customized. Regardless, you can’t help but feel like Google and TiVo are fighting for your attention within a single device.

TiVo Stream 4K review: Should I buy it? 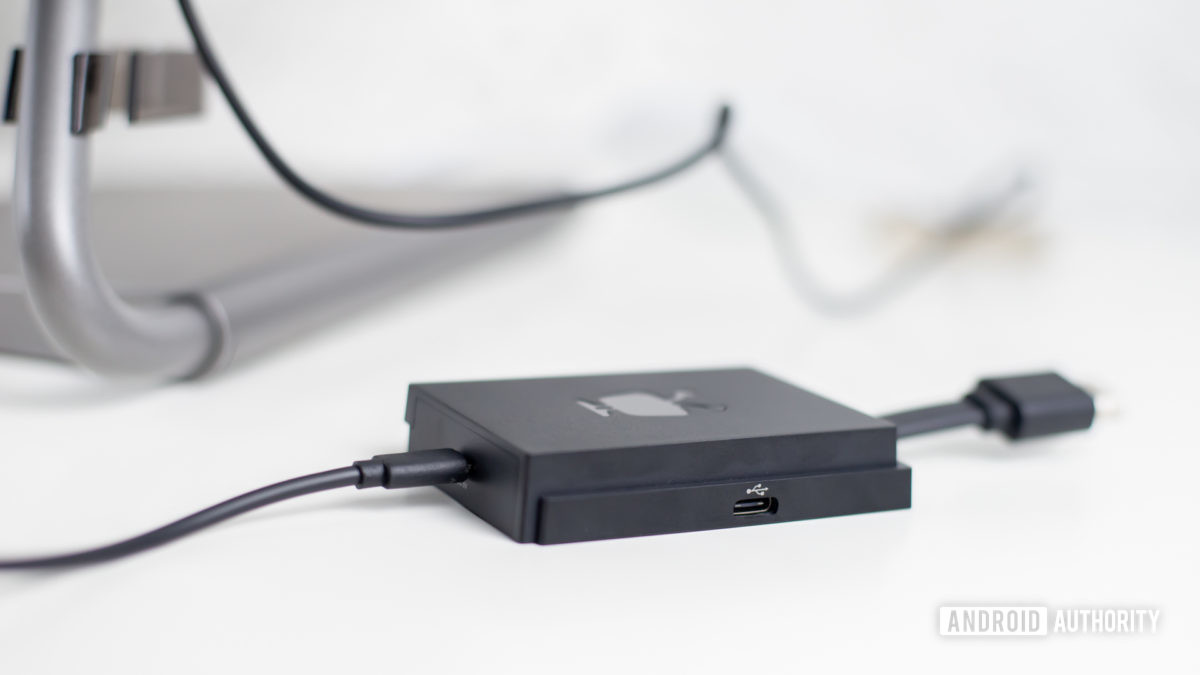 The TiVo Stream 4K is a great smart TV device if you don’t mind a few compromises. The design and simplicity aren’t as good as you’ll find with the Chromecast with Google TV and the dual interface experience is annoying, but that is about all we can complain about here.

4K video quality is great, and having the power of Android TV is definitely convenient in terms of content availability. The remote, while less aesthetically pleasing, is full of options and features that come in handy and save some button presses while navigating around. Not to mention it’s more comfortable.

Other options: The best Android TV boxes you can buy

The TiVo Stream 4K is a great media streaming device that gives you all the power of Android TV, with some unique TiVo-inspired additions.