The Psychology of Role-playing Video Games 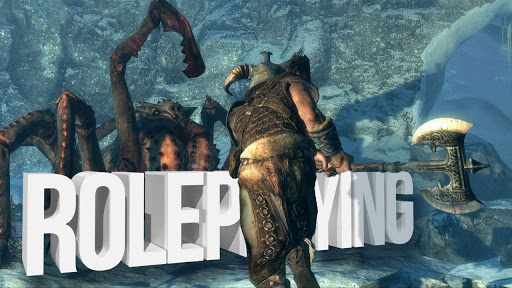 Today, amid the COVID-19 pandemic and the stay-at-home orders that were put in place all over the world, there’s one industry that grew even more popular rose to staggering heights. And that is the gaming industry. In 2020, it was reported that the industry earned over $179.7 billion. The industry made even more money than the film and sports industries combined.

People were stuck at home all day every day for most of 2020. Their social lives were less busy. Some were not busy at all. These days, it’s very common for people to ask how much a gaming PC is. So it’s not really surprising that they turned to video games to pass the time. It helped a lot, too, that this pastime was a very good way to help take their mind off of the depressing circumstances that people were put into because of the pandemic.

There’s one type of video game, though, that really took center stage over the last few months. And that is the role-playing game. People were hooked on games such as The Witcher and Mario & Luigi. Given this popularity, though, how does it affect people who are avid players of such games? How do role-playing games affect people’s characters and mindsets?

Good: Improving the Strength of Character

There are many types of role-playing games out there. Let’s go back to the examples mentioned before: The Witcher and Mario & Luigi. These two games are both role-playing games full of adventures, exciting characters, and other fantasy elements. The Witcher is set in a medieval fantasy world. Players of this game get to assume the role of Witchers. They get to enjoy playing characters who have supernatural powers, go on exciting adventures, and fight and win against monsters and other villains. Mario & Luigi, on the other hand, is also set in a fantasy world. The players also get to go on exciting adventures and fight monsters and other villains.

Because this is the trend in role-playing games, it can have an effect on the players’ character. Assuming the role of a hero, even if it’s just in a video game, can inspire them to be like heroes, too. They are encouraged to become curious and brave as well. But what’s even better about playing such adventure games is that the players are encouraged to take initiative. These are the kind of qualities that would be very beneficial in real life.

A common side effect of role-playing games — actually, video games, in general — is that they give players an excuse to focus on them rather than facing their problems. For example, a player might have problems with insecurity and confidence. But, because they are avid players, they might choose to focus on the game instead of overcoming their fears of interacting more openly with people.

Yes, role-playing games can spark confidence in players. But they can also worsen their self-esteem issues by sucking them into the fictional world of the game instead of focusing on the real world.

The great thing about the adventure stories in role-playing games is that they have very complicated plot points. Through the characters that they’re controlling, the players have to overcome a myriad of obstacles to achieve their goals. They are forced to be in tricky situations. And they must come up with ways to get out of them. This encourages them to hone their skills in problem-solving and logic.

Another benefit to playing these games is that they also inspire the players to think creatively. Again, this is because they would have to come up with ways to get past the obstacles of the game.

Because role-playing games can hold players’ attention, playing them too much can affect their social skills. Thus, their relationships with other people are affected, too. Such games hold more excitement than the real world. So it’s not surprising that many players would prefer playing them rather than interacting with people in the real world.

Some players even feel that they’re closer to the characters in the game rather than their actual friends and families. They developed a very emotional and deep attachment to the characters. A team of researchers from Barcelona, Spain found that players would even express concern for the well-being of characters.

With the development of the COVID-19 vaccine, people have become more mobile than last year. Thus, they’re now spending less time playing video games. But the gaming industry will continue to prevail, especially considering the lineup of upcoming video games to be released this 2021 and beyond. So it’s crucial to understand their effects on us.