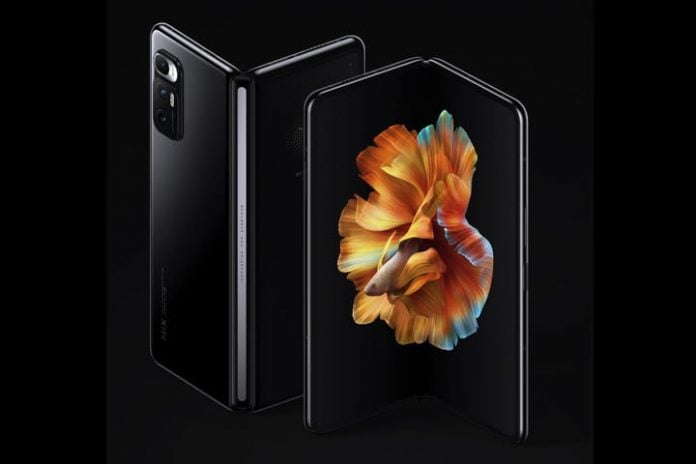 Xiaomi has entered the folding phone fray with the Mi Mix Fold, joining Samsung and Huawei in efforts to push the next-generation design. The device follows the Galaxy Z Fold 2 and the Huawei Mate X2 with a screen that folds inwards, like a book, but not on the pricing, as Xiaomi has managed to undercut its rivals.

The Mi Mix name is synonymous with designs that reflect the latest trends, with the original Mi Mix being one of the first “borderless” smartphones when it arrived in 2017. The Mi Mix Fold’s main AMOLED screen measures 8.01 inches unfolded and boasts a 2480 x 1860 pixel resolution and HDR10+. When it’s folded up, you’ll be looking at a second 6.52-inch AMOLED screen on the front of the phone, which has a 90Hz refresh rate and a 2520 x 840 pixel resolution.

A complex hinge facilitates the folding and unfolding of the phone, and has been engineered and tested to do so a million times, suggesting considerable durability. The screen isn’t the only flexible component, as Xiaomi has integrated graphite layers to increase cooling that also bend with the phone. Powering the phone is a Qualcomm Snapdragon 888 processor, 12GB of RAM, and a 5,020mAh battery with 67-watt fast charging. Other specifications include quad speakers tuned by Harmon Kardon and Wi-Fi 6 connectivity but, unusually, the phone does not have a camera set in the unfolded screen, so video calls and selfies will likely only work with the phone folded up.

There are four cameras on the back of the Mi Mix Fold, inside a module which is reminiscent of the design seen on the Mi 11. The main 108-megapixel camera is joined by a 13MP ultrawide camera, a 30MP telephoto camera with 3x optical zoom, and an 8MP macro camera. It’s all driven by Xiaomi’s own new Surge C1 image signal processor (ISP), which it says will deliver faster focus, a higher dynamic range, and improved white balance.

Xiaomi has so far only announced the Mi Mix Fold for China, where it costs the local equivalent of about $1,520 U.S., making it one of the cheapest fully foldable smartphones to launch yet. Because of its China-only release for now, the phone will not have Google Mobile Services installed. Whether the Mi Mix Fold, or a sequel, will eventually make it into Xiaomi’s other markets is yet unknown.

5G vs. Wi-Fi 6: Which is the future of wireless connectivity?

The best OnePlus 9 cases and covers