Home How to The best armor in Valheim, and how to get it
How to

The best armor in Valheim, and how to get it 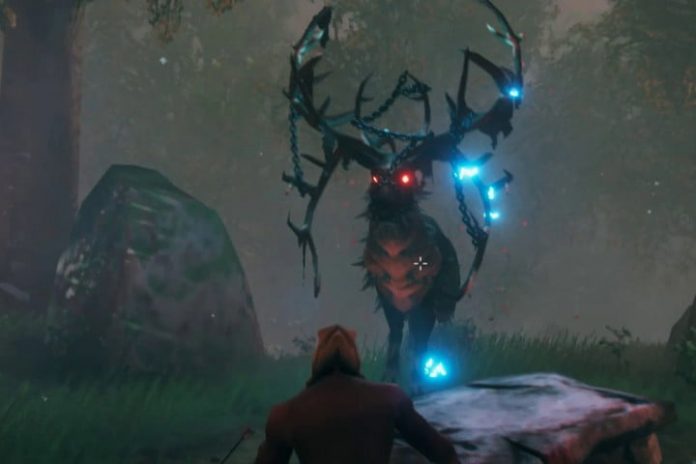 Valheim is the combination of Minecraft and a Viking RPG that we didn’t know we needed. Viking lore and Norse mythology have become a trending theme in modern games. Indie titles like Song of Iron and Unto the End brought us 2D side-scrolling Viking adventures, and Assassin’s Creed: Valhalla put Vikings on the map with its 2020 release. Now, Valheim is looking to get in on the action, quickly becoming the most-downloaded game on Steam in recent history. A Viking is only as good as their ax and armor, though. Here’s a list of the best armor in Valheim and how to craft it.

When you first spawn into the world of Valheim, you’ll be clothed in nothing but rags. The Leather Armor set will get you through the early tutorial-like stages of the game as you learn how to craft, fight, and gather. Once you’ve learned how to build your workbench, you’ll need to craft the Crude Bow. Now, get ready to go deer hunting. The Leather Armor set will require Deer Hide and Bone Fragments.

Bronze Armor will carry you much further in Valheim and will be the next step once you’ve made your first pickax. You’ll be exploring the Black Forest and mining as much copper and tin as you can. Once you’ve built a forge, you’ll be able to make bronze by combining copper and tin. Bronze Armor won’t carry you through the rest of the game, but it will be vital in surviving new areas and gathering the resources necessary to upgrade. Of course, Bronze Armor will be significantly heavier than leather and provide more durability and protection.

While the base defensive rating of Bronze armor starts at eight, you can upgrade each piece’s quality for additional bronze and Deer Hides. Quality level three brings each piece to a defense rating of 12.

Once you’ve defeated Bonemass, Valheim’s third boss, you can begin your Iron Armor journey. You’ll unlock the recipes for Iron Armor pieces once you’ve crafted iron for the first time. Do this by using the Smelter to turn Scrap Iron found in Muddy Scrap Piles into Iron Ingots. Where are these muddy piles, though?

At this point in the game, you’ve obtained a key dropped by Valheim’s second boss, The Elder. Use this key to gain access to the Sunken Crypts, where Muddy Scrap Piles will be plentiful.

When you fully upgrade the quality, each piece of Iron Armor will jump to a defense rating of 20. Do this by using additional pieces of iron and Deer Hide.

Every good RPG has its stealth/sneak mechanic. Valheim is no different. The Troll Armor is the best light armor set in-game, providing +25% to your sneak when wearing the full four-piece set. You’ll need plenty of Troll Hides to craft the complete Troll Armor set. Thankfully, Trolls are easy to spot and can be found early on in The Black Forest and in Troll Caves. If you’re lucky, you could even craft the full Troll set before you challenge Eikthyr.

Trolls are slow and easy to evade. Pull out your bow and pump them with arrows from a distance. While Troll Armor won’t offer the same kind of protection you get from Bronze and Iron Armor, the sneak buff will have you landing critical attacks on enemies before they have the chance to damage you.

Obtain Bone Fragments by defeating Skeletons roaming all over Valheim. At quality level four, the Troll Helmet, Tunic, and Pants will increase to a dense rating of 12.

The Wolf Armor set is the most versatile in the game. However, it’s not going to be the easiest set to craft. Players will have to travel to the cold Mountain Biome, where they’ll slowly die without frost-resistant mead. Make sure to consume a generous coating of alcohol before embarking on your wolf hunt. Crafting the Wolf Armor set will provide you with cold resistance, and you won’t have to wander drunkenly through the mountains in search of more fur.

One unique piece of material you’ll need is The Chain, which is dropped by Wraiths in the Swamp Biome. Other than Wolf Pelts and Silver, you’ll need Wolf Fangs and a Wolf Trophy.

The Wolf Armor set does not come with a helmet, so players should equip their Bronze helmet or craft an Iron helmet for maximum protection. Upgrade The Wolf Armor’s quality to bring the legs and chest pieces’ defense rating to 26 overall. The Wolf Armor is also imperative to defeating the dragon boss, Moder.

The Padded Armor set is Valheim’s end-game armor and what every player should be striving to achieve. It won’t be available until you defeat Moder, a black-scaled dragon summoned for three Dragon Eggs in the Mountain Biome. If you don’t think you’re well-equipped to fight a dragon, you won’t be getting anywhere near the Padded Armor set.

The Padded Armor set is a multistep process that will require a few different prerequisites.

Once you’ve met these steps, you’ll be able to craft the materials necessary to construct the Padded Armor pieces.

The Padded Armor will give you all the protection and more of Iron Armor without negatively affecting your movement speed. Upgrade the Padded Armor’s quality to bring it up to a 32 defense rating.

Outside of the various armor set combinations, there are single pieces of gear that you’ll want to find in Valheim. As you’ve noticed, many of the above armor sets won’t come with a headpiece or cape. This is where mixing in these single items will take your armor game to the next level.

Purchase this headpiece for 620 Gold from Haldor, the Black Forest Biome merchant. The Dverger Circlet will provide a permanent light source when exploring caves and adventuring at night.

Once you’ve ventured into the Mountain Biome, you’ll encounter flying enemies known as Drakes. Use whatever ranged attacks you have at your disposal to kill them. Keep killing Drakes until you’ve acquired two Drake Trophies. To craft the Drake Helmet, combine:

The Drake Helmet is the perfect complimentary piece for your Wolf Armor set and has a base defense of 20.