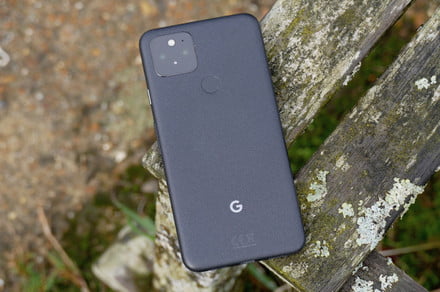 T-Mobile is going all-in on Google apps and services. The two companies have announced a massive partnership that will see T-Mobile officially support Android Messages (with RCS, or Rich Communication Services) on all of its Android phones, and promote a range of Google’s apps and services in place of its own.

A few different Google apps and services will get pushed by T-Mobile as part of the deal. For example, Google One will be pushed as T-Mobile’s “preferred phone backup and cloud solution,” and YouTube TV will be promoted as T-Mobile’s premium live TV solution.

“We’re building on our decade-long relationship with Google to give customers an even better experience with the world’s very best products and services offered by Android, Pixel, and YouTube,” said Mike Sievert, CEO of T-Mobile. “The world’s most popular smartphone platform with Android, a broad range of premium Pixel devices, an upgraded [and] modern messaging experience on Android, and a robust entertainment offering with YouTube TV — it’s the best of Google, combined with the nation’s largest and fastest 5G network on T-Mobile.”

The partnership also means that T-Mobile will carry and promote Google’s Pixel line of phones — which is a major win for Google. Previously, Verizon was the only carrier really promoting Pixel phones, even though they still worked on other carriers.

The partnership also means that T-Mobile will carry and promote Google’s Pixel line of phones — which is a major win for Google.

The move is also a pretty big win for RCS. Google has been pushing RCS as the next-generation replacement to Short Message Service (SMS), but the rollout of the service has been a little convoluted. Samsung phones still ship with Samsung Messages as the default messaging platform, however the deal between Google and T-Mobile will mean that Samsung phones on T-Mobile will use Android Messages as the default in the future, with the switch happening before the end of the year.

The financial terms of the deal were not disclosed.