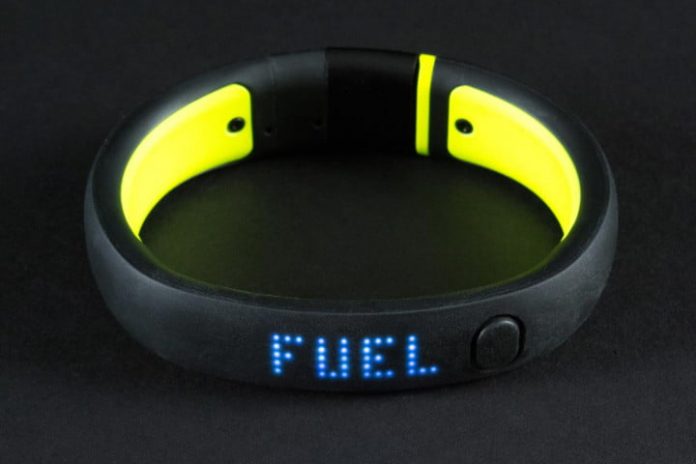 I recently used the Willful Smart Watch, a $40 wearable I bought on Amazon, because it was not only the cheapest on the site, but also one of the best-reviewed. It was, as expected, underwhelming — but not entirely awful. However, what I really didn’t understand was why anyone would buy it over a regular fitness band, which when chosen wisely does the tech side much better.

Style is not the Willful Smart Watch’s forte, and it’s not for the dozens of other similar models either, yet they appear to be selling very well. That got me thinking, have we been thrust into the open arms of products like the Willful because the humble fitness band has become so utterly faceless that wearing one is less preferable than strapping on the cheapest, most plastic smartwatch Amazon has to offer?

Depressingly, this is entirely possible, but it’s still the wrong decision to make.

Things started out so well

I’ll be the first to admit that most fitness bands today are a bit boring, mostly because they all look the same — a screen attached to a strap. But it wasn’t always this way, and two examples immediately spring to mind about how, in the early days of fitness wearables, design came first. I’m talking about the Nike+ FuelBand, and the Jawbone Up24, and I don’t think they have been bettered since.

Let’s forget about functionality, because obviously things have moved on, but looked at as tech-driven jewelry or sci-fi accessories, they still both look great today. Released in 2012, the Nike+ FuelBand’s construction highlighted the technical constraints of the day, as it was a mostly solid bracelet with only a small amount of flexibility, but it was made by a company that understands how to make things that look good. The dot-matrix style screen was colorful and fun, the flashes of color on the band itself tied it in with Nike’s own products, and when it was on your wrist, it looked high-tech, geeky, very cool, and absolutely unmistakable.

Technology had moved on by the time the Jawbone Up24 arrived in 2013, resulting in a slimmer, but still quite stiff, wrist band with greater functionality and accuracy that, again, was designed by someone who understood what looked good. That someone was well-known designer Yves Béhar, who came up with the unmistakable twisty design motif on the colorful Up24, which was wonderfully tactile and easy to put on, take off, and charge up.

Jawbone continued to make attractive wearables, including the sleek Up3, until its demise in 2017. Nike released a few different versions of the FuelBand, but eventually killed it off and shifted over to an app, and now only puts its name on special versions of the Apple Watch. There are other examples of fitness bands that effectively blend technology with jewelry — the Misfit Ray for example — but aside from a few niche products like the Bellabeat Leaf, it’s a trend that has sadly disappeared.

There are some fantastic-looking smartwatches available today, and all have considerably more health and fitness-related functionality than a basic fitness band, so they’re much more useful in addition to being more desirable. Smartwatches do more and look better, but the best ones also cost more.

An Apple Watch and Samsung Galaxy Watch 3, both of which are our top smartwatch recommendations, cost about $400 each. Apart from being a lot of money to spend on almost any kind of purchase, it’s also a lot to spend if you won’t make use of all the features outside of fitness tracking. So you turn to a fitness tracker, and into a nightmare of identical-looking, totally uninspiring fitness bands.

The Fitbit Charge, Fitbit Inspire, Garmin Vivosmart, Samsung Galaxy Fit, Xiaomi Mi Smart Band, Honor Band, Huawei Band, Realme Band, and even the OnePlus Band are so dull and diminutive — and most even have essentially the same name. Go digging into Amazon’s list of bargain-basement fitness trackers, and there are even more very similar products, and again, absolutely none are stylish.

Faced with this, it’s all too easy to be beguiled by the shiny renders of smartwatches like the Willful Smart Watch, but make no mistake, they don’t look as good as this in real life, and none work as well as one of the many boring fitness bands that cost either the same or a little more. Anyone with eyes, and even the vaguest sense of style, would be forgiven for just not bothering to buy a fitness tracker at all at this point. But don’t give up just yet.

Wait, is there a good choice at all?

The glut of dreary, nearly identical fitness bands we’ve been inundated with lack style, but if you choose wisely, they’re far less noticeably unattractive than products like the Willful. And because they’re technically more competent, you’ll be getting a better deal, too.

But if you’re going to ignore the financially alluring call of the Willful smartwatch or its boring brethren in favor of a fitness band, just don’t spend much money. This means ignoring Fitbit and its ridiculously expensive, unsightly bands and watches. Get the Xiaomi Mi Smart Band 5 instead, for example. It’s about $40 in the U.S. through Amazon or other importers, or a maximum of 40 British pounds in the U.K., yet it does everything you could want and more.

For example, the 1.1-inch AMOLED screen is brighter, more colorful, and has a much higher resolution than a very cheap smartwatch. The activity tracking is accurate and varied, it has a heart rate sensor and sleep tracking, and you get notifications from your phone, faster and much slicker software, lots of watch faces, a well-developed app for your phone, 14 days battery life, and it can be worn when swimming too. It’s a genuinely good product from a brand with years of experience that will last for ages. Get it in black and it’s as inconspicuous as wearable tech gets, so the lack of style doesn’t really matter.

A cheap fitness band is a far better tech buy than a cheap smartwatch. What a shame the lack of creative, stylish flair we once saw from fitness band companies has almost completely disappeared, because it has given the very cheap smartwatch, with its lesser hardware, a chance to flourish.

Facebook
Twitter
Pinterest
WhatsApp
Previous articleReview: The Whoop Strap 3.0 is a hardcore fitness companion
Next articleThis Microsoft Surface Pro X deal is so good we had to check twice
- Advertisment -