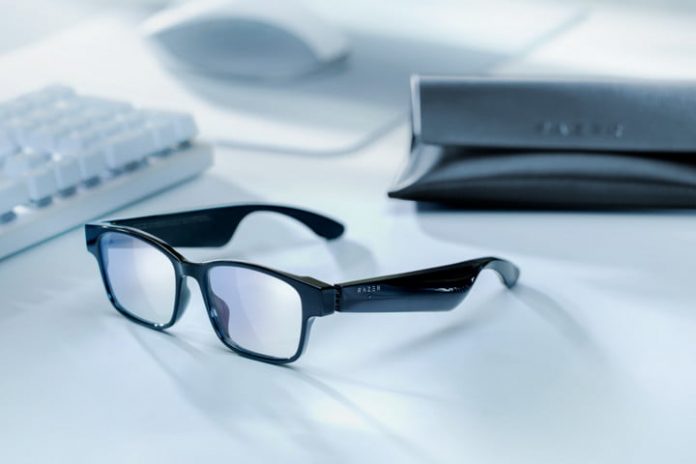 Gaming company Razer is the latest to jump onboard the trend of audio smartglasses with the newly announced Razer Anzu Smart Glasses, its first eyewear product. The Anzu aren’t just your typical pair of smart sunglasses. They serve a purpose that’s relevant not only to gamers — Razer’s core fanbase — but to anyone working from home, by blocking out blue light and being versatile enough to be used indoors and out.

The Anzu’s clear lenses block 35% of blue light, to reduce glare and eyestrain, and its sunglass lenses cut out 99% of UVA and UVB light. Razer has done the right thing and not forced you to choose which set of lenses best suits your lifestyle, and instead just bundled both sets inside the box, leaving you to swap them depending on your need. A very good idea.

In the arms are 16mm drivers ready to deliver sound to your ears, without actually having to put something in your ears. It’s the same concept as the Bose Frames, Huawei’s Eyewear II, and a growing number of competing products. The arms have touch-sensitive controls that allow you to play or pause music, answer calls, or summon a virtual assistant. The Anzu smartglasses connect to an app on your Android or iOS phone, where an equalizer adjusts the sound from the speakers, plus gamers can tweak the Bluetooth latency time, too. 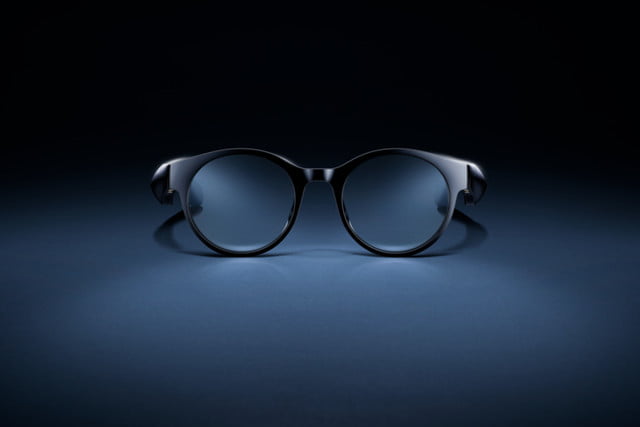 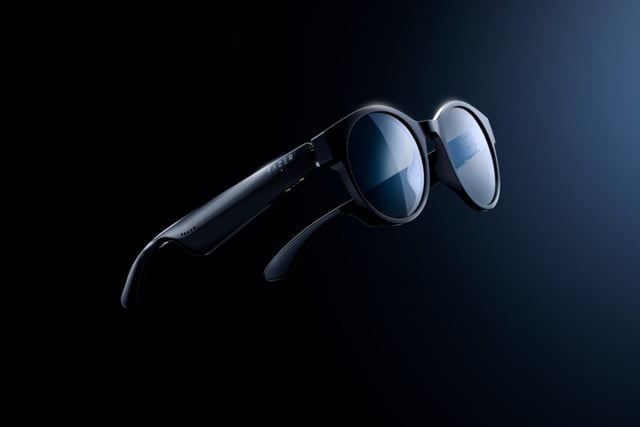 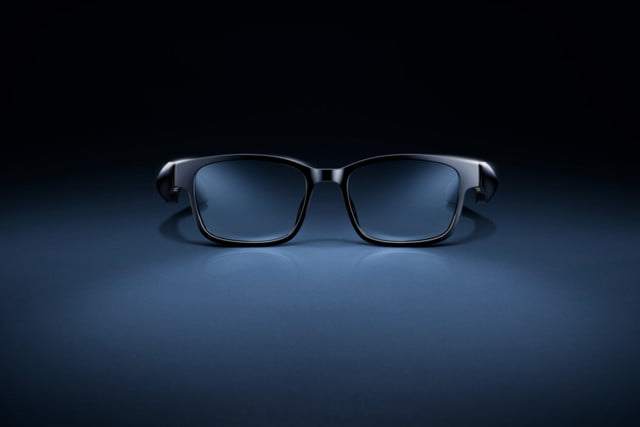 Latency can be a problem for Bluetooth audio devices, especially when watching videos or playing games. The Anzu glasses use Bluetooth 5.1 and promise a 60ms latency time. The glasses also have an omnidirectional microphone for calls and chat during gaming. The battery should last for five hours on a single charge.

There are two different designs, a round pair and a rectangular pair, each coming in black. Interestingly, there are two different sizes of each version, too. One size does not fit all when it comes to eyewear, so the more options the better, and most brands tend to only provide different styles, rather than different sizes. Also, Razer is making it easier to fit the Anzu glasses with prescription lenses, having struck a partnership with Lensabl. Lenses for the Anzu can be ordered using an online vision test, and there’s a 15% discount for Anzu owners.

The direction the company has taken is interesting, giving this emerging, but already tired trend some much-needed relevance to more people. Providing both sets of lenses and making a prescription option simple should make them more tempting, too. Razer’s Anzu audio smartglasses cost $200, or 210 euros, and will be available to purchase through Razer’s own online store starting today.