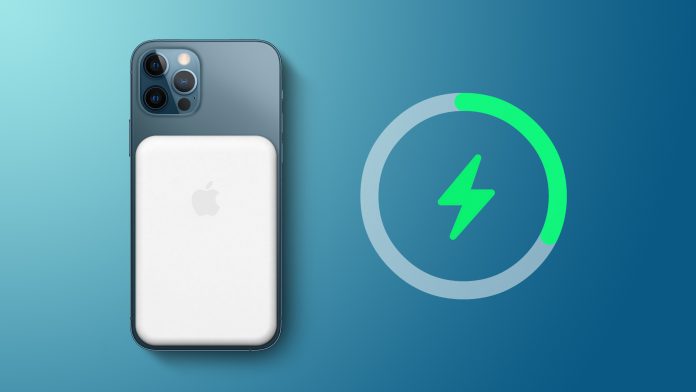 Apple is working on MagSafe-compatible battery packs that will be compatible with the iPhone 12 models, and leaker Jon Prosser today said on the Genius Bar podcast that one version of the battery pack will feature “reverse charging.”

Prosser has a mixed track record when it comes to predicting Apple’s plans and is not always accurate, so the reliability of this information is unclear and should be viewed with some skepticism until confirmed. Prosser claims that his source is “not sure” if Apple will release both of these battery packs or if only one will launch, so we may not see a version with reverse charging debut. Later this week, Prosser plans to release renders of the battery packs based on information from his source.

Apple’s work on ‌iPhone 12‌ battery packs became apparent in mid-February after the launch of the second iOS 14.5 beta. There was a mention of a mysterious “battery pack” discovered in the code by MacRumors contributor Steve Moser, and Bloomberg later confirmed that Apple is indeed working on an ‌iPhone 12‌ MagSafe battery pack.

Gurman did not mention a reverse charging possibility, but some of the prototypes were described as having a white rubber exterior. Gurman said that development on the accessory has been hindered by software issues that Apple is still working on fixing before releasing the accessory.

Bilateral wireless charging was rumored for the 2019 iPhone 11 models, but it did not end up being a feature that Apple implemented because the company wasn’t able to make it work. Two way wireless charging would have allowed an iPhone to charge another ‌iPhone‌ or to charge a small accessory like the ‌AirPods‌.Tags: MagSafe, MagSafe Accessories
This article, “Prosser: iPhone 12 MagSafe Battery Pack to Feature Reverse Charging” first appeared on MacRumors.com