Home News OnePlus 9 vs. OnePlus 9 Pro: Save yourself some money
News 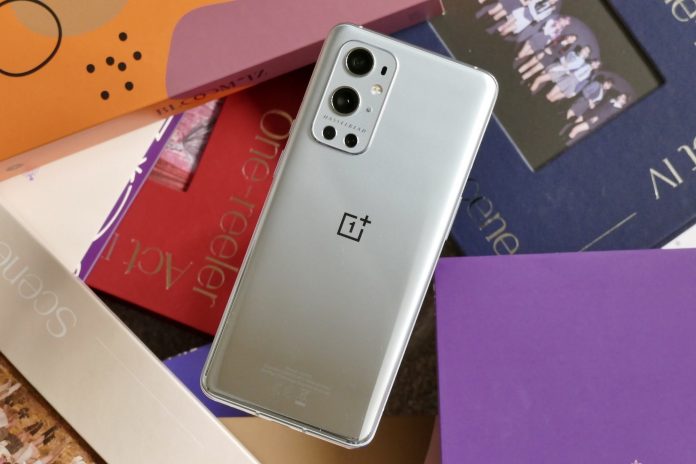 After months of leaks, both unofficial and from the company itself, OnePlus has finally launched the OnePlus 9 series. Consisting of the OnePlus 9 and OnePlus 9 Pro, the phones are among the most expensive the company has released. That’s especially true of the new OnePlus 9 Pro, which costs $970, which puts it in competition with the iPhone 12 Pro and, when it’s on sale, the Samsung Galaxy S21 Ultra.

But perhaps you’re a OnePlus fan through and through, in which case you’re probably deciding between the OnePlus 9 and OnePlus 9 Pro. I’ve used both phones. Here are my thoughts.

The first, and most immediately noticeable difference between these two phones is their design, and the contrast highlights what OnePlus thinks makes for a premium phone. For example, the OnePlus 9 has a flat display, while the OnePlus 9 Pro has a curved one. That’s in contrast to the OnePlus 8 series, where both the OnePlus 8 and 8 Pro had curved screens.

I actually generally prefer a flat display. Curved displays were cool for a while, but they’ve started to overstay their welcome, and the curved look on the OnePlus 9 isn’t necessarily for me.

But that’s not to say that the OnePlus 9 Pro is an ugly device. Neither of these phones are ugly. They’re not particularly exciting or interesting, but they’re not ugly. On the back of both of them, you’ll get a rectangular camera module in the top-left corner, which has its Hasselblad branding. (We’ll get into the camera a little more later.)

The display on the phones is one of the main differences, but let’s get it out of the way that they’re both stunning. Both phones’ displays are incredibly responsive, and the screens on both are colorful and vibrant. But they’re not the same.

On the OnePlus 9, you’ll get a 1,080p display with a 120Hz refresh rate, while the OnePlus 9 Pro steps up its resolution to 1,440p. As a result, things look a little sharper and a little crisper, but short of putting the two devices side by side, you likely won’t notice a difference. The OnePlus 9 Pro also gets a little brighter, but the standard OnePlus 9’s screen is more than bright enough, even in direct sunlight.

Both phones’ displays are incredibly responsive, and the screens on both are colorful and vibrant.

The OnePlus 9 Pro has a another display advantage — its display is variable from 1Hz to 120Hz. This means that when, for example, you’re just looking at a picture, it can decrease its refresh rate to 1Hz, saving on battery. Then, when you swipe that image away, the animation can increase to a smooth 120Hz. Not only that, but the screen also has a 360Hz touch sampling rate, which means that it’ll be super-responsive to touch.

The standard OnePlus 9 still has a high refresh rate, and you’ll still get an incredibly smooth experience. Ultimately, you’re unlikely to really notice a difference in touch responsiveness on the OnePlus 9 Pro. But still, if you want the ultimate experience, the OnePlus 9 Pro is the device to go for.

Either way, the cameras on these phones are both pretty good. They’re able to deliver decently colorful photos with a solid amount of detail. Unfortunately, they’re still not quite as good as the cameras on other flagship devices, like the iPhone and Galaxy S21, but that’s for another comparison piece.

The OnePlus 9 has a triple-camera setup, including one 48-megapixel camera, one 50-megapixel ultrawide, and one 2-megapixel monochrome camera. It’s a relatively versatile setup, but the quality of your zoomed shots is a little limited by the fact that there’s no telephoto camera on the phone. For that, you’ll need the OnePlus 9 Pro, which adds an 8-megapixel telephoto with 3.3x optical zoom to the mix.

It’s a good selection of cameras, and generally, there’s a camera in the OnePlus 9 Pro’s arsenal for any situation. For most people, the camera setup on the OnePlus 9 will still do the job perfectly fine, and rest assured that you won’t actually get much better quality from the OnePlus 9 Pro — just an extra camera that could come in handy. They also both have the same 16-megapixel front-facing camera.

The display and camera are really the only differences between the OnePlus 9 and the OnePlus 9 Pro. They even perform the same — both devices have a Snapdragon 888 processor with either 8GB or 12GB of RAM, and they can both handle everything you can throw at them in 2021.

They can both handle everything you can throw at them in 2021.

Both phones are also built from glass, but frankly, the OnePlus 9 felt a little cheap. That could be partly because it’s a fair bit lighter than the OnePlus 9 Pro, but regardless, I didn’t love the overall feel of it. It also attracted fingerprints like nobody’s business.

OnePlus 9 Pro Review: The most dependable smartphone you can buy

The OnePlus Watch is coming, and I’m skeptical it’ll be any good