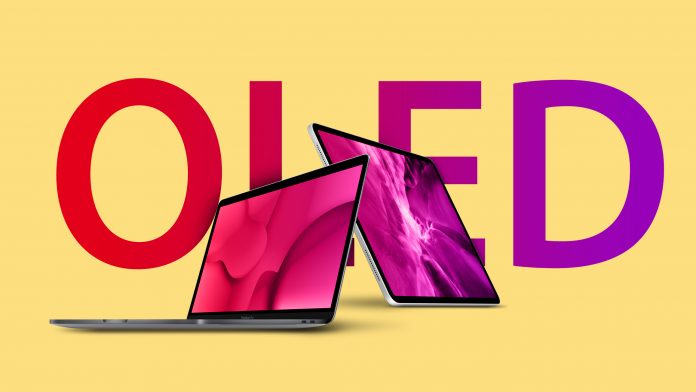 Earlier today, DigiTimes shared a preview of an upcoming report claiming that Apple is working on both iPad and Mac notebook models with OLED displays that could launch starting in 2022. The full report from DigiTimes is now available, and it includes several new alleged details about Apple’s plans.

According to the report, the first of these devices to adopt an OLED display is likely to be a 10.9-inch ‌iPad‌, presumably an updated version of the iPad Air. The updated ‌iPad‌ is said to be planned to go into production in the fourth quarter of this year with a launch coming in early 2022. In addition to the 10.9-inch ‌iPad‌, Apple is also said to be considering using OLED displays for the 12.9-inch iPad Pro and the 16-inch MacBook Pro.

The sources pointed out that the first device to come with an OLED panel is likely to be a 10.9-inch ‌iPad‌, set to begin volume production in the fourth quarter of 2021 for an official release in 2022.

The US brand reportedly is also considering adopting OLED panels for its 12.9-inch ‌iPad Pro‌ and 16- to 17-inch MacBook Pro scheduled for release in 2022, but have not made a final decision, the sources noted.

While rumors of OLED displays for Apple’s larger portables have only recently started to surface, the company has been rumored for some time to be transitioning to mini-LED displays on its iPads and Macs. DigiTimes says that the two display technologies will exist side-by-side, “each targeting different customer groups.”