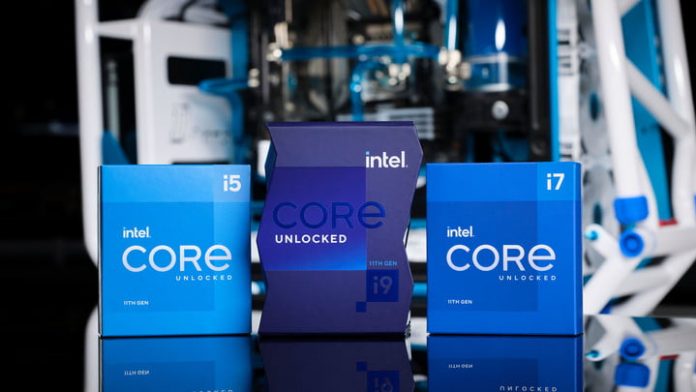 After taking a beating with the launch of Ryzen 5000, Intel is back with a new generation of processors. The eight-core Core i9-11900K leads the lineup, boasting huge IPC improvements, a high boost clock, and a surprisingly low price tag. Early benchmarks make Intel’s upcoming launch feel like deja vu, though. Although it’s clear the 11900K improves on the previous generation’s 10900K, Intel’s upcoming processor looks like a carbon copy of AMD’s flagship 5900X — with fewer cores.

In this guide, we’re going to see how the two stack up spec-for-spec. Keep in mind that the 11900K hasn’t launched yet, so we can’t draw any firm conclusions until more reviewers have a chance to test the chip.

AMD’s Ryzen 9 5900X was launched on November 5, 2020, with a recommended price of $549. In March 2021, however, it’s tough to find one. Huge demand combined with a global semiconductor shortage has caused a drought of nearly all new PC components. That said, other Ryzen 5000 processors like the 5600X and 5800X are readily available at most retailers at closer to their MSRP, so the 5900X should follow shortly.

The Intel Core i9-11900K isn’t available yet, but Intel plans to launch it alongside other Rocket Lake CPUs on March 30. In a strange twist, Intel’s flagship chip is actually cheaper than AMD’s. The 11900K will launch with a recommended price of $539. That said, many retailers have the processor listed at $615 ahead of release. We expect the processor to sell out immediately, like the 5900X.

Between the two, it’s important to consider timing. The 5900X has already seen its surge in demand, so we should see more stock over the coming months. On the other hand, the 11900K isn’t out yet, and it may remain out of stock for several months after launch.

Intel’s chip is technically cheaper, but when you’re spending $550 on a processor, an extra $10 is really splitting hairs.

The upcoming 11900K seems like an odd step back for Intel, sporting two fewer cores and four fewer threads compared to the earlier 10900K. It still uses the 14nm process node that Intel has been using since 2015’s Skylake, but now with the Cypress Cove microarchitecture. Compared to Comet Lake, Intel claims up to a 19% improvement in instructions-per-clock performance. Pre-release benchmarks back that up, showing as much as a 22% improvement in floating-point workloads.

AMD’s 5900X is based on a much more advanced 7nm process node with a newer microarchitecture to go with it. Like Intel, AMD claimed a 19% improvement in IPC performance before launch thanks to the new Zen 3 microarchitecture. As well as the IPC improvements, Zen 3 brought a chiplet redesign. Zen 2 featured two four-core areas, while Zen 3 features a unified eight-core design. In addition to a boost in multithreaded performance, the redesign allows all cores to easily access a unified 32MB L3 cache pool.

We can’t compare the two processors directly because the 11900K hasn’t released yet. That said, there are some pre-release numbers we can reference to get an idea of how the 11900K will stack up once it launches. Intel’s internal benchmarks are, unsurprisingly, favorable toward the upcoming chip. Intel claims up to a 35% boost in video creation apps, 14% in photo editing apps, and 8% in the Microsoft Office suite — though those are driven by specific accelerators in the chip which will only apply to those applications and are unlikely to be universally applicable to all actions within them.

Intel isn’t going to release benchmarks that show the 5900X in a dominating position, so it’s not surprising that the 11900K looks impressive. Leaked benchmarks show a different, slightly less favorable side of the 11900K. The CPU-Z benchmark database shows the 11900K outperforming the 5900X in single-core performance by a decent margin. In the multithreaded test, though, AMD wipes the floor. The 11900K even falls short of the Ryzen 7 5800X in this multithreaded benchmark.

We don’t have third-party benchmarks yet. That said, Anandtech was able to get ahold of an 11700K ahead of launch, which provides some insight into the generational improvements. Those benchmarks show a hotly competitive race between the 11700K and 5800X, trading blows across benchmarks. Still, the results aren’t anywhere near what Intel suggests.

Worse, they show a dominating position for AMD in the gaming department. Across nearly all titles, AMD beats out Intel, if only by a hair. The gap is most noticeable at 1080p, and things even out as the resolution climbs. We expect excellent gaming performance out of the 11900K, but it might not eclipse the 5900X.

It’s important to wait for third-party benchmarks to get an idea of how the 11900K will perform. Some early benchmarks show a massive IPC improvement, while others don’t, leading to it falling short of AMD’s competing chips. The 11700K results are the most telling, however. They show Intel matching and even exceeding AMD in some areas but coming up short in others. It’s possible that Intel is already behind the curve, and that incremental improvements just aren’t enough.

Despite sporting the same LGA 1200 socket, the 11900K will arrive with a new range of 500 Series motherboards. With the exception of B460 and H410, the 11900K will support all 400-series motherboards. However, the upcoming 500 Series boards bring a number of improvements. The leading Z590 chipset supports 16 PCIe 4.0 lanes and increases the standard memory speed from 2,933MHz to 3,200MHz. Additionally, the chipset supports Wi-Fi 6 and Thunderbolt 4, and future boards may support USB 4 and Wi-Fi 6E.

AMD’s X570 and B550 motherboards launched with its Zen 2-driven Ryzen 3000 series CPUs in 2019 and were repurposed for the Ryzen 5000 launch. As with previous generations, the X570 platform is backward compatible back to Ryzen 2000.

Also, like previous generations, you can overclock your processor with X- and B-series motherboards. That gives you a lot more flexibility than Intel offers, especially if you don’t need a lot of PCIe lanes or an exotic storage configuration. Intel’s new chipsets could offer better support for future technologies, but the two platforms are equal otherwise.

The 11900K looks impressive, but it might be too late

It looks like Intel is starting to settle in an unfamiliar position. Based on specs, pre-release benchmarks, and chipset support, the 11900K looks like an impressive processor released too late. The 5900X has already forged the path, taking the shine off of the 11900K’s gen-on-gen improvements. AMD has some small edges, too. You can overclock on a cheaper motherboard, and you should be able to pick up a 5900X sooner than an 11900K.

That’s not to say the 11900K is a bad processor — far from it, in fact. Leaked benchmarks, indeed, show a large uptick in IPC performance. Intel’s platform supports Thunderbolt, too, which is an essential feature for a lot of external drives.

It’s important to wait for further benchmarks, but it doesn’t look like there’s a bad choice between these two processors. If performance is as close as early numbers suggest, then the decision is going to come down to chipset features, price, and availability.

The Surface Pro 7 is unbelievably cheap today at Best Buy

How to save battery life on your iPhone