HomeNewsControl your network traffic with parental controls on your router
News

Control your network traffic with parental controls on your router 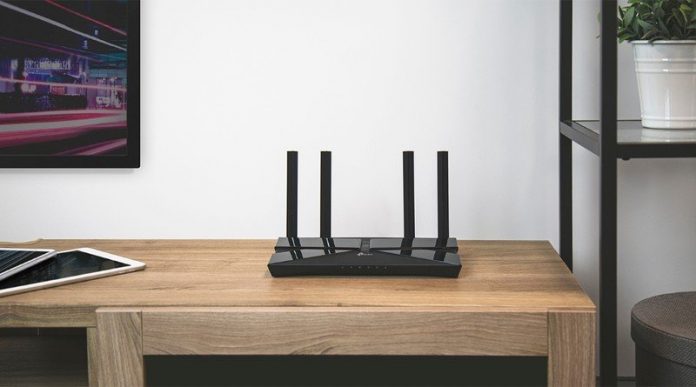 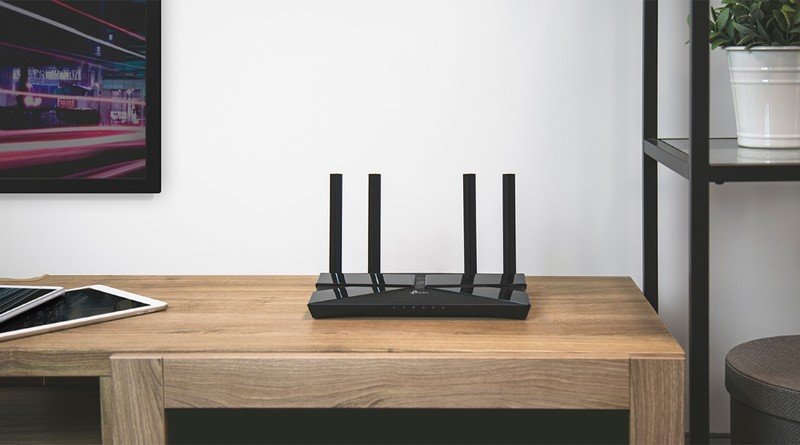 These are the best routers with parental controls to help you make sure your family uses the internet in a healthy and productive way. As more families work and study from home, staying on task is harder than ever, so these routers should help you out. The TP-Link Archer AX50 ticks just about as many boxes as possible with its great speeds and capacity alongside the robust and free HomeCare software offering parental controls, quality of service optimization, and antivirus protection. Here are a handful of trustworthy routers to ensure everyone in your household has safe access to the internet.

HomeCare is TP-Link’s router security software package powered by Trend Micro that comes with easy parental controls, quality of service enhancements, and antivirus protection. HomeCare is included with several of TP-Links routers. This includes the Archer AX50 as well as a few other routers, including Deco mesh systems. It also works with Alexa. Watch out for the nearly identical Archer AX3000 variant sold at some retailers, as this version is not listed to work with HomeCare.

HomeCare allows you to set up a profile for each family member and their devices. This allows you to control the type of content available to all of their devices at once. You can start with one of HomeCare’s presets — child, pre-teen, teen, and adult — and it’ll load a set of filters. Of course, each profile is customizable to block more or fewer categories with choices like gaming, gambling, and adult content.

Otherwise, the Archer AX50 is just a good router. It has a nicely balanced spec sheet with AX3000 wireless speeds broken down between two bands. The 2.4GHz band can deliver up to 574Mbps, while the 5GHz band can push up to 2,402Mbps with Wi-Fi 6. Older devices will work without issue on this router as well. Four Ethernet ports on the back let you hook up your wired devices. TP-Link recommends this router for a three-bedroom home. The Asus RT-AC66U isn’t the fastest router in 2021 by a long stretch, but with its AC1750 Wi-Fi 5 connection, capable of 450Mbps at 2.4GHz 1,300Mbps at 5GHz, it should be enough for a small family with light multimedia usage. There are also four gigabit Ethernet ports on the back between two of the three external antennas, as well as a USB 3.0 port, which make it easy to connect your wired devices.

Quite a few Asus routers are compatible with its AiProtection software powered by Trend Micro, and the RT-AC66U is one of the cheapest with the full package. It comes with quite a few helpful features, including scheduling for individual user-profiles and usage stats. You can also block content with a set of filters like adult, illegal and violence, and gambling. This flexible setup allows you to decide exactly what your child can do online and when they can do it. All of the features with just enough speed Asus was one of the first to release consumer Wi-Fi 6 devices and has managed to bring its AiProtection service to all of them and quite a few older Wi-Fi 5 routers. The RT-AX56U is a great entry-level Wi-Fi 6 router for many families thanks to its relatively low price and adequate AX1800 dual-band speeds. With a Wi-Fi 6 device, these speeds break down into 574Mbps at 2.4GHz and 1201Mbps at 5GHz. This router also supports mesh expansion with other Asus routers with AiMesh.

Asus includes AiProtection software with many of its newer routers. With AiProtection, you get profile settings for each of your family members and their devices. You can schedule times to enable or disable the internet on these profiles and block content with different keywords like adult, gaming, illegal, and violence. AiProtection also comes with antivirus protection from Trend Micro that can eliminate threats before they reach your devices. Wi-Fi 6 with AiMesh and AiProtection

The Asus RT-AX56U has a ton of great features, including Wi-Fi 6 support as well as mesh expansion and AiProtection security. The Nighthawk name is associated with powerful routers that offer great speeds and a high-quality connection for gamers. The RAX50S has all of the same hardware as the RAX50 but comes with one year free of Netgear Armor. Armor costs $70 per year after your first year, but the yearly cost will be worth the extra support and security you get for many people.

While gaming isn’t the first concern for many people looking for parental control, this router allows you to keep speeds high and pings low for gamers while ensuring your kids only play when they’re allowed with parental controls. Circle Smart Parental Controls make it easy to take control of your network usage. Simply download the Android or iOS app and open it while connected to your compatible Netgear router. You’ll be guided through a setup process and will be able to set up a profile for each family member with custom rules for when and how they’re allowed to access the internet.

The Nighthawk RAX50 is a fast Wi-Fi 6 router with an AX5400 connection. This speed breaks down to 4.8Gbps on the 5GHz band and 600Mbps on the 2.4GHz band. There are also four gigabit Ethernet ports on the back for your wired devices. This router should keep up with a large family, and the Nighthawk software should keep your most important connections running consistently. With AX5400 speeds, this router makes the most of Wi-Fi 6 speeds with great Nighthawk software and Netgear Armor included. 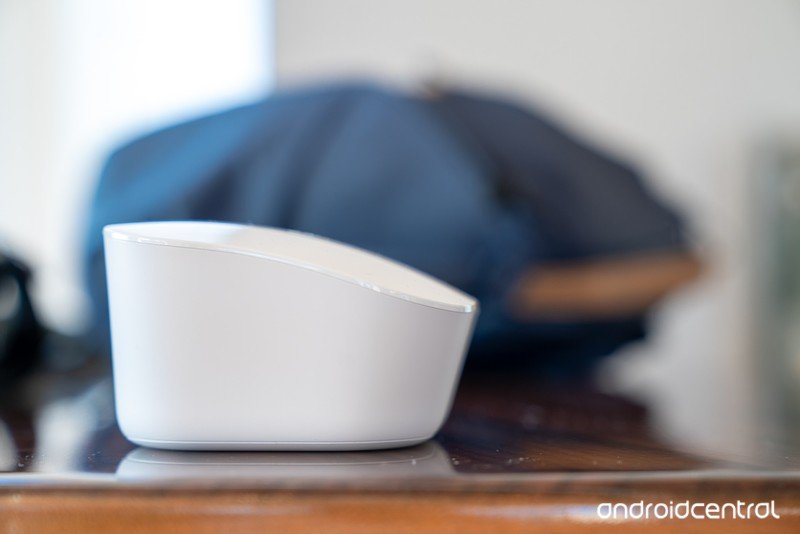 Quite a few router manufacturers offer paid security solutions for their products, but Eero manages to stand apart thanks to its lower prices and great app (though you can’t upgrade your plan from within the iOS app). You’ll need to use the Android app or a web browser. Eero Secure comes with improved network security and a filter to block inappropriate content per device or profile. The app will also show how devices are using the network. This level is available for $2.99 per month or $29.99 per year.

An upgraded plan called Eero Secure+ comes with a password manager, a secure VPN service, and Malwarebytes antivirus software. This plan is $9.99 per month or $99 per year and won’t be a good value for most people.

The standard Eero system is based on a dual-band Wi-Fi 5 solution that Eero recommends only for connections up to 350Mbps, though we regularly achieved over 400Mbps in our review. Each Eero router has two Ethernet ports on the back that can be used for either wired devices or a wired backhaul. This mesh system isn’t a great value on the spec sheet but makes up a lot of ground thanks to its great design and easy user experience. If you’re looking for something with more speed, Eero 6 or Eero Pro 6 each offers faster connections. With Eero Secure and an Eero mesh, you get great coverage as well as content filtering, ad blocking, and additional security. Like the preceding TP-Link routers, the Deco X60 comes with TP-Link’s robust HomeCare software. HomeCare features advanced security powered by TrendMicro and a more in-depth parental control interface than a typical router. This all means that you can restrict content easily and quickly from the app.

The Deco X60 uses dual-band Wi-Fi 6 to deliver AX3000 with 2402Mbps at 5GHz, and 574Mbps at 2.4GHz. This extra 5GHz speed will help keep the mesh performance high even with a gigabit connection. Each Deco unit has two Ethernet ports for wired devices, one used for WAN on the primary node.

The Deco X60 comes with two nodes which should be able to cover up to 5,800 square feet. A three-pack is also available with up to 7,000 square feet of coverage. You can also add in any other Deco products for expansion, though for capacity, you should stick to a Wi-Fi 6 Deco with at least as much speed as the X60. The Deco X60 should have more than enough capacity for your whole family with enough coverage for most houses. The Deco X60 from TP-Link is one of the best mesh systems around with plenty of Wi-Fi 6 speed and includes HomeCare software free.

Nearly any router you buy from a reputable brand will have some parental controls, but for the most part, these simpler versions of parental controls are much more limited and often expect parents to come up with their own site blacklist, which is a lot of work and not very effective in the end. Don’t forget that most modern operating systems include some sort of parental control capabilities if you want to cover all of your bases. Luckily, many of the routers with great parental controls are also some of the best wireless routers you can buy.

For most people, having an automatically curated list of blocked content such as that offered by TP-Link’s HomeCare will be one of the most effective implementations thanks to its straightforward and powerful feature set. The TP-Link Archer AX50 is a great home Wi-Fi upgrade for most people thanks to its solid speed offerings, HomeCare inclusion, and even Alexa Support. We also love that you can control all of it through an app.

Facebook
Twitter
Pinterest
WhatsApp
Previous articleThe Razer Kishi is an excellent controller for Xbox Game Pass for Android
Next articleThese are the best cases for your brand new Pixel 4a 5G!
- Advertisment -