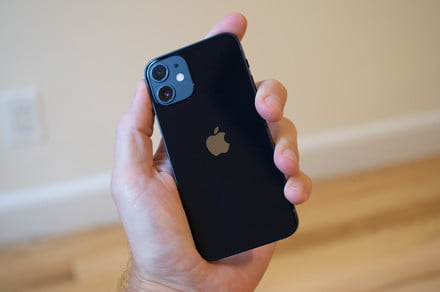 Apple is set to cut the planned production numbers of its iPhone handsets in the coming months, with the iPhone 12 Mini facing the greatest reduction, a report said on Tuesday.

The tech firm is reducing orders for all of its iPhone models by some 20% compared to its plans in December, sources familiar with the development told the Nikkei Asia news outlet.

The report chimes to some extent with comments from a JP Morgan supply analyst in February who suggested Apple may ditch its smaller phone when the iPhone 13 launches later this year as the diminutive device has apparently turned out to be less popular with customers than Apple had expected.

According to Nikkei’s report, Apple last year instructed its Asia-based suppliers to obtain enough components and parts for up to 96 million handsets to cover iPhone (including iPhone 11 and the iPhone SE models) production for the first half of this year.

Cupertino, California-based Apple is now looking to produce around 75 million iPhones during the first six months of 2021, the report said, though the figure could increase for the second half of the year as the company moves toward the launch of the iPhone 13, probably in the fall.

Nikkei said, “The biggest revision is for components and parts for the 5.4-inch iPhone 12 mini,” adding that some of Apple’s suppliers have been asked to temporarily stop building parts specifically for the $699 Mini.

The sources said demand for the larger iPhone 12, iPhone 12 Pro, and iPhone 12 Pro Max devices remains relatively strong and so changes in production numbers for those particular phones are fairly small.

The iPhone 12 Mini caused the biggest stir among the latest iPhone models when they launched last fall, with the handset’s pocketable size, cheaper price tag, and full feature set expected to make the device a big seller.

But it seems that some customers may have been put off by reviewers’ complaints about battery life, and the feeling that the smaller display was just a bit too cramped.

Recent reports, including Nikkei’s, certainly suggest the smaller phone hasn’t quite landed with customers in the way Apple had anticipated, prompting the company to cut production.

The big question now is whether Apple will launch an iPhone 13 Mini or halt production of the handset altogether.