HomeNewsApple winding down sales of its 21.5-inch iMac computer
News

Apple winding down sales of its 21.5-inch iMac computer 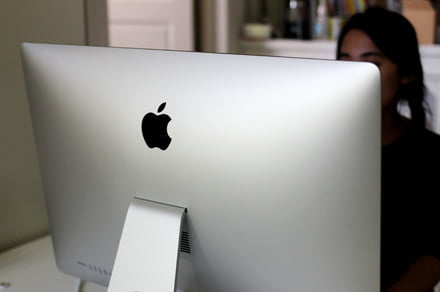 Apple has started to end sales of its 21.5-inch iMac computer.

The move comes ahead of the expected launch of new versions of the all-in-one machine, with a slightly bigger 23-to-24-inch design rumored to replace the current 21.5-inch model. Meanwhile, the larger option seems likely to retain its 27-inch screen size.

True to form, the tech giant is keeping tight-lipped about upcoming features and release dates regarding its next-generation iMac.

Apple’s online store recently showed the 512GB and 1TB of SSD storage configuration for the 21-.5-inch model as unavailable for order, but in the last couple of days the company removed the two options from its website, MacRumors reported.

The 256GB SSD option and 1TB Fusion Drive storage option remain available, though there’s a good chance these will also disappear from the site once supplies run dry.

The larger 27-inch iMac remains on sale, with all of the usual configurations of the PC still available.

Digital Trends has reached out to Apple for confirmation that it’s ending sales of the 21.5-inch iMac and we will update this article if we hear back.

Earlier this month, Apple discontinued the iMac Pro, once its most expensive all-in-one computer. When it launched in 2017, the tech company touted the machine as “the fastest, most powerful Mac ever made.” But a lack of major updates in the face of upgrades for the standard iMacs meant Apple’s priciest iMac soon fell out of favor with creatives.

Now all eyes are on what Apple cooks up for its new range of iMacs, which are expected to launch this year, possibly in the coming weeks.

Reports from those claiming to have knowledge of the new designs suggest the new iMacs will be the first to come with an Apple Silicon processor inside. The machine will also feature significantly smaller bezels than current iMacs, while the curved backs are likely to be replaced with a flat chassis.

For more information on what we’re expecting with Apple’s upcoming iMac computers, check out this Digital Trends article. And for a full rundown on all of the new products we’re expecting Apple to announce soon, we also have you covered.

Facebook
Twitter
Pinterest
WhatsApp
Previous articleAC Podcast 517: Samsung Galaxy A52, A72, and A52 5G; DP 2; Incognito
Next articleApple fined for failing to include a charger with iPhone 12
- Advertisment -