Apple fined for failing to include a charger with iPhone 12 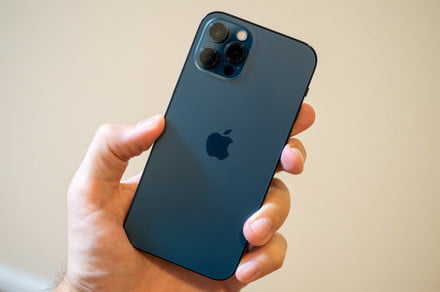 Apple has been fined in Brazil over its decision to stop shipping a wall charger with the iPhone 12, which launched last fall.

The Brazilian state of São Paulo was none too pleased about the move and on Friday Procon-SP — the state’s consumer protection agency — fined the tech giant an amount equivalent to about $1.9 million U.S. for violating its Consumer Defense Code.

The size of the penalty is clearly small change for a company that posted revenue of $111.4 billion for its last quarter — an earnings record for Apple that was powered by initial sales of the iPhone 12.

Following the fine, Procon-SP executive director Fernando Capez warned California-based Apple that it should be careful to respect Brazil’s consumer laws and institutions.

When news of Procon-SP’s concerns first emerged in December 2020, Apple insisted it had removed the charger for environmental reasons, a decision that it said enables it to avoid wasting precious raw materials and energy on building components that many people already own.

But critics weren’t impressed, claiming that Apple made the move in a bid to nudge customers into forking out for its wireless MagSafe charger or its faster power adapter.

Digital Trends has reached out to Apple for comment on the fine and we will update this article if we hear back.

Interested in getting a fast USB-C charger for your new iPhone? Digital Trends is here to help.

Facebook
Twitter
Pinterest
WhatsApp
Previous articleApple winding down sales of its 21.5-inch iMac computer
Next articleZhiyun Smooth 4 review: A top smartphone gimbal, but is it the very best?
- Advertisment -

What are The Practices that One Should do for Securing their Digital Wallet?

Steps That One Should Take While Using the Bitcoin ATM!

How You Can Earn a Profit from The Bitcoin?

In defense of the Dell XPS 13 Plus