HomeNewsApple Could Use Contract Manufacturers Like Foxconn or Magna for Apple Car...
News 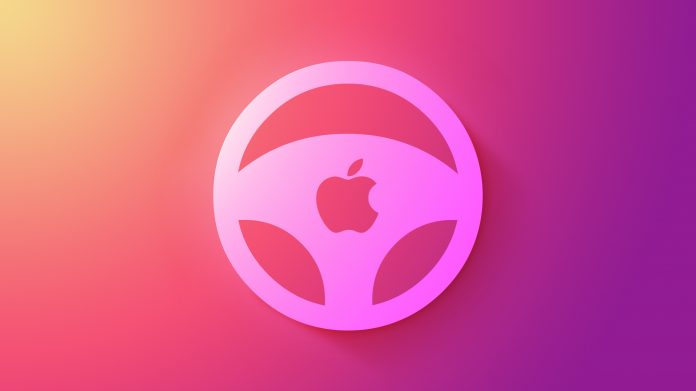 Amid rumors that Apple is working on an Apple-branded car that will come out in the next decade, Bloomberg’s Mark Gurman has published an article about Apple’s troubled search for an existing automaker partner to build the vehicle, and how the company’s more traditional approach to launching new products could better work in its favor.

Reports first surfaced in January suggesting that Apple was eyeing an existing car manufacturer to be its official partner for Apple Car. Several carmakers are said to have been approached by Apple, including Hyundai and Nissan, but these talks don’t appear to have come to anything, and have only served to highlight a general reluctance among automakers to dilute their own brands.

As Apple has recently learned, its strategy of partnering with an existing carmaker invites problems related to brand image that tech giant isn’t used to, largely because of its dependence on long-term contract manufacturers that are more than happy to assemble its iPhones, iPads, and Macs in their factories, where public-facing brand image often takes a back seat. Not so with established carmakers, notes Gurman:

In this scenario, Apple would develop an autonomous system for the vehicle, the interior and external design, and on-board technology, while leaving the final production to the carmaker. Such a deal would essentially ask an existing car company to shed its brand and become a contract assembler for a new rival.

A longtime manager at both Apple and Tesla Inc. said this would be like Apple asking bitter smartphone rival Samsung Electronics Co. to manufacture the iPhone. Apple wants to challenge the assumptions of how a car works — how the seats are made, how the body looks, the person said. A traditional automaker would be reluctant to help such a potentially disruptive competitor, said the person, who asked not to be identified discussing private matters.

The article goes on to note that Apple reaps high profits by focusing on product and development while outsourcing manufacturing, which is generally a low-margin business. This in turn allows it to avoid spending billions of dollars on constructing its own factories, not to mention staff pay and training, along with additional liabilities.

By contrast, the auto industry runs on a different model which includes carmakers running their own high-volume factories and tightly controlling their supply chains at considerable expense – a business model that has lower profit margins than Apple is used to.

According to industry insiders, this is why Apple is more likely to go with a contract manufacturer like Foxconn, which has an existing relationship with the Cupertino company. Foxconn is the main assembler of iPhones, and also recently unveiled an electric vehicle chassis and a software platform to help carmakers bring models to market faster. According to Gurman’s report:

An Apple employee involved in manufacturing said Foxconn is used to having Apple engineers tell it what to do and that the company’s factories are already filled with Apple-designed equipment. The person asked not to be identified discussing sensitive matters.

Contract manufacturer Magna is another possibility. Apple was in talks with the assembler about building a car when it first began making inquiries into the possibility of developing an electric vehicle about five years ago. Gurman notes that Magna is also a lot more experienced at making cars, having assembled luxury models for companies like BMW, Daimler AG and Jaguar Land Rover.

“Magna is the most logical choice,” said Eric Noble, president of consulting firm the CarLab, speaking to Gurman. Noble has worked with the “amazingly good” Canadian auto supplier, and believes that an Apple-Magna partnership would prove far more stable than one where Apple worked with an existing carmaker, which would be more likely to invite power struggles.

That said, a recent job listing suggests Apple could be eyeing its own production, notes Gurman. Apple is seeking a “senior hands on manufacturing engineer” for its special projects group, which is leading its work on a car. The successful candidate will be responsible for growing a team of engineers focused on manufacturing strategy and the supply chain, drawing on their experience working with aluminum, steel and composites, which are key materials in cars. Related Roundup: Apple CarTags: bloomberg.com, Mark Gurman
This article, “Apple Could Use Contract Manufacturers Like Foxconn or Magna for Apple Car Assembly” first appeared on MacRumors.com

What It Takes to Become a Good Full-Stack Developer