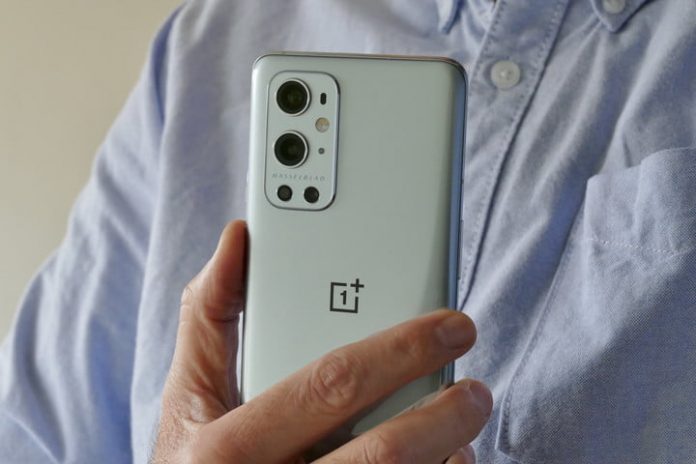 If you’re a smartphone fan, you probably know what makes OnePlus phones popular, but do you know what makes Hasselblad such a revered camera brand? It’s an important question because the pair have entered into a three-year partnership, where Hasselblad will work with OnePlus on improving its cameras, starting with the OnePlus 9 and OnePlus 9 Pro.

Here’s what the partnership means to the new phones, the effect it has had on the camera so far, and how the photos compare to some of the best cameraphones out there. If you want to know more about the OnePlus 9 Pro we’ve got a full review here, and of the OnePlus 9 here.

Hasselblad is more than just a name on the camera module of the OnePlus 9 Pro. It has 80 years of experience, and its cameras have been used to take stunning photographs from here to, quite literally, the moon. I’ve been fortunate enough to visit Hasselblad’s headquarters in Gothenburg, Sweden, and saw not only the amazing work firsthand, but also the reverence that exists for the brand.

A Gothenburg local approached me while I was having lunch in the city, to ask if the camera on the table was the (at the time) newest Hasselblad camera. When he found out it was, he spoke with nothing but love for the brand and its products. The random incident reminded me of when I’ve driven Rolls Royce cars, and how people stop to ask about it or say how fabulous it is. Both companies are synonymous with quality, are exclusive because of their massive price tags, and truly aspirational too.

Hasselblad cameras, which are medium format cameras featuring a sensor larger than that found in 35mm cameras, take astonishing photographs in the right hands. Just a cursory internet search provides a host of examples, from Lars Schneider’s work shown on Hasselblad’s own site, to these incredible pictures of birds in flight by Mark Harvey, and the hundreds of famous photos taken by Arnold Newman, Ansel Adams, and so many more.

Hasselblad cameras inspire, provided you’ve got the tens of thousands of dollars to buy one, and the talent to take advantage of the camera’s ability. Can this really be replicated on a smartphone? Hasselblad has tried and failed before, so what’s it doing with OnePlus?

Adding this to OnePlus phones

OnePlus and Hasselblad have entered into a three-year partnership, with the goal of, “creating the best smartphone camera experience for users like you,” according to the blurb on OnePlus’s blog. For the first year, the pair will concentrate on image tuning and calibration, with the aim of working on hardware in the future.

What this means today with the OnePlus 9 series phones is Hasselblad has influenced the look of the photos taken by the phones, rather than the cameras, sensors, lenses, or any of the hardware. It’s an always-on effect, so don’t think of it like a filter that you can turn on or off, meaning the photos the camera takes should be considered Hasselblad approved.

The camera on the OnePlus 9 and 9 Pro is a very, very different piece of technology from Hasselblad’s medium format cameras. What OnePlus cameras are supposed to do is capture colors in the same way as Hasselblad cameras, using Hasselblad Natural Color Calibration. Hasselblad has something similar on its cameras, called the Hasselblad Natural Color Solution (HNCS), designed to produce the best, most natural colors, smooth tonal transitions, and a film-like quality from the photos taken.

What else? Hasselblad has apparently been involved in the Pro mode inside the OnePlus 9 and OnePlus 9 Pro’s camera app, but aside from a different user interface, there’s nothing to suggest it’s functionally any different than the one on the OnePlus 8 Pro. There are some other small tweaks to the app itself. For example, you get an orange shutter release button, a bit like a real Hasselblad camera, plus a specially-recorded shutter release sound too.

If Hasselblad’s mission with OnePlus here is to replicate the delightfully natural tone of a Hasselblad medium format camera, let’s take a look at photos taken with the OnePlus 9 Pro, and compare them with other popular smartphones.

The first is a wide-angle photograph from the OnePlus 9 Pro and the Google Pixel 5, taken around 9 a.m. on a relatively overcast day.

The second compares the Samsung Galaxy S21 Ultra to the OnePlus 9 Pro, with both photos taken using the standard angle camera, a short while after the Pixel 5 comparison.

The third pair of photos puts the OnePlus 9 Pro against the Apple iPhone 12 Pro. Again, this is with the standard camera, but on a different, much brighter day than the previous two examples.

Finally, here’s how the OnePlus 9 Pro’s photos compare to the OnePlus 8 Pro, take shortly after the iPhone 12 Pro example. All photos were taken in the main Photo mode of the camera apps, not in Pro mode, and without any additional editing or alterations.

We’re going to take a much more in-depth look at how the OnePlus 9 Pro’s camera compares to some of these phones in other stories to come, but for now, this gives you an indication of where Hasselblad has influenced the overall look of the photos from the OnePlus 9 Pro.

A work in progress

While there are clear differences between all the cameras here, whether the OnePlus 9 Pro has a “Hasselblad” look is hard to pin down. Knowing the goal is to produce the most accurate colors possible, there are aspects of the OnePlus 9 Pro’s photos which seem to achieve this, and there’s no question the camera has a very attractive tone, but it’s not always a uniform look across the entire image, or between the main and wide-angle camera.

It’s also difficult to define whether it’s an accurate representation of the Hasselblad signature style, which is hard for those who aren’t aficionados of the brand or photography in general, to really understand. There’s nothing to help regular people instantly see the benefits of Hasselblad’s involvement yet. That said, perhaps it doesn’t really matter, provided the results are attractive.

Currently, the photos undoubtedly have their own look, but it’s not always consistently replicated across all the OnePlus 9 Pro’s cameras or its photographs, but we’re hopeful this will change. These photos were taken ahead of the phone’s official release and using pre-release software. White balance issues can be seen in several pictures, however a software update arrived on my review phone the night before the phone’s announcement, and among the changes to the camera’s performance was one addressing the white balance.

It’s not just the camera’s software that’s a work in progress, the partnership between the two companies is as well, and like Huawei and Leica, it will take time to really hit its stride. We’re excited to try the OnePlus 9 Pro’s camera more, but are especially excited to see what Hasselblad will bring to the OnePlus 10 series in the future.