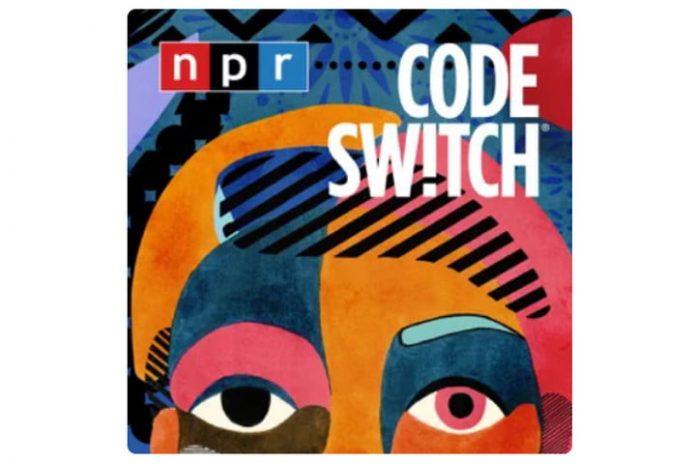 Black History Month may have just ended for another year, but learning about Black history, culture, and the Black experience is something you can do every day of the year. There are some fantastic podcasts out there that take a deep dive into topics ranging from empowerment to adversity and racial disparity, some set in the present day and others covering important aspects of history.

We’ve hand-picked a selection of 10 of the best podcasts to listen to during — and beyond — Black History Month, with something for all tastes on this list. While you’re here, why not check out the Black inventors who changed the tech world, or discover the best movies to stream for Black History Month?

Hosted by journalists of color Shereen Marisol Meraji and Gene Demby, Code Switch hit the top of Apple’s podcast chart in May 2020, following the killing of George Floyd, and today is one of the most popular podcasts for fearless conversations about race and identity and their impact on every part of society. A spinoff from the NPR blog of the same name, this podcast tackles the facts head-on, with diverse topics ranging from Black gun ownership and how to talk about race with children, to why hip-hop and mass incarceration are so entangled. With a new episode every week and 274 episodes to get stuck into, this podcast will keep you listening — and thinking — for months to come.

As part of The Washington Post’s coverage of the Smithsonian’s Natural Museum of African American History and Culture, people submitted objects relating to their own experience of Black history — and in this podcast by The Washington Post and APM Reports, their stories are brought to life through interviews, music, and archival sounds. These rich personal histories make for some truly fascinating episodes, from the history of Harlem through the lens of James Van Der Zee, New York’s leading Black photographer during the Harlem Renaissance, to the question of Black identity in the U.S. today.

Louder Than a Riot

If you’ve ever wondered about the entanglement of hip-hop and mass incarceration, Louder Than a Riot is the podcast to listen to. In each episode, NPR Music’s hosts Rodney Carmichael and Sidney Madden explore an artist’s story to examine a different aspect of the criminal justice system disproportionately affecting Black America. From Nipsey Hussle‘s branding as a gang member to Bobby Shmurda, this podcast dives deep into the power of institutional forces marginalizing communities of color — and in the most recent episode imagines how hip-hop could help abolish prisons completely.

Whether you’ve already read acclaimed author Reni Eddo-Lodge’s book Why I’m No Longer Talking to White People About Race or not, this one-off series is essential listening for anybody looking for a British take on racism. Recorded by the author to provide a platform where discussions about our political landscape, activism, and anti-racism could be held and heard, topics covered include what political blackness means to different generations and a look at the realities of intersectional feminism. It may be a few years old now, but it’s still eye-opening and definitely worth listening to if you’re keen to hear about the Black experience in countries outside the U.S.

Resistance is a show that’s all about refusing to accept the way things are. Host Saidu Tejan-Thomas Jr. is a writer, producer, and poet who was motivated to create his podcast in the summer of 2020. Fed up of constantly seeing Black people as “victims,” he decided we needed to hear more about people fighting back and to “more closely examine how Black people resist, and bring those stories to the forefront.”

Biweekly episodes cover the front line of those fighting for change, including the story of a young Black activist who woke to find NYPD officers surrounding his apartment, without a warrant, discussions with organizers of the NYC BLM protests, and a look at the remnants of slavery we pass every day, without realizing they’re there.

Forget the history you learned in school and tune into Jermaine Fowler’s alternative take, packed with the most provocative, fascinating, and honest stories from history. The host’s sonorous voice and passion for his subject make for compelling listening, breathing life into rich historical narratives and covering topics ranging from the Great Migration to the history of police in America and Mansa Musa, the head of the Mali Empire. Each episode is around an hour or so long, allowing for a satisfyingly deep dive into the topic as well as time to relax and enjoy each story.

What’s it like to have a baby while Black in the U.S.? Natal is a little something different — a podcast docuseries about the experiences of Black parents. Whether you’re expecting, planning a pregnancy, already a parent, or just interested in the topic, this is a compelling listen. Each episode dives into a different topic, with parents telling their stories in their own words. Past episodes have covered topics ranging from better care for Black birthing parents to postpartum depression and the expansion of mental health resources for Black birthing parents. There are only 16 episodes to listen to so far, each between 40 minutes and an hour long — a good excuse to brew a cup of tea or coffee and sit down to listen.

The United States of Anxiety

The United States of Anxiety is a weekly podcast tackling the unfinished business of our country’s history — as well as meditating on what our future might look like. Each week, host Kai Wright hosts intimate conversations and dives deep into the historical archives to report on choices we once made as a society — and the new choices we can imagine now. The show has been running since 2016, with the first episode focusing on a Long Island woman and her decision to support Donald Trump in the forthcoming election. There are 110 episodes to listen to, but we’d recommend starting with this first episode, as its impact can still be felt today.

Notable previous episodes include the one about Black History Month’s origins, the episode covering conversations about self-expression, and a recent episode about some of the young women and Black intellectuals who have seemingly been erased from the history books.

2019 marked the 400th anniversary of a fateful moment in U.S. history. In August 1619, a ship carrying more than 20 enslaved Africans landed in the English colony of Virginia. This audio series, hosted by Nikole Hannah-Jones, tells the story of the 250 years of slavery that followed and the country that would be formed here. Each episode features guests such as Matthew Desmond, New York Times Magazine contributing writer; Jermyn Ward, author of Sing, Unburied, Sing, a poetic critique of U.S. history; and Jeneen Interlandi, writer for The Times Magazine. There are only six episodes in the series, but they’re some of the most powerful pieces of storytelling you’ll listen to all year — and essential listening for everyone, during Black History Month and beyond.

We’ll finish our list with something topical. Dear Culture is a weekly podcast covering news and issues impacting Black America. Hosts Gerren Keith Gaynor and Shana Pinnock discuss the latest news and trending topics, with recent episodes including a look at toxic femme culture for Women’s History Month and a celebration of Black love for Black History Month. With more than 50 episodes already available, you have plenty to listen to while you’re waiting for the next one.