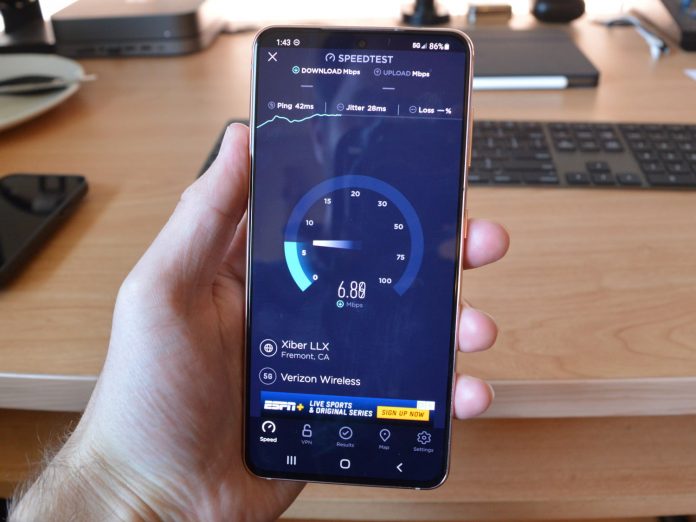 The major 5G carriers are all rolling out 5G, and Verizon was arguably the first to start doing so. It started with pockets of mmWave coverage in some major cities and has since adopted Sub-6 coverage for its nationwide 5G network. But the carrier was also the first to roll out another 5G-related service: 5G home internet.

Setting up 5G home internet basically involves getting a new kind of router that gets its service from 5G instead of from a cable and then converts that signal into a Wi-Fi network for your home devices. As mentioned, Verizon was among the first to roll out such a service.

Interested in taking advantage of the potential increased download speeds that 5G could offer for your home? Here’s everything you need to know about Verizon’s 5G home internet service.

On mobile, there are a number of different 5G plans that you could subscribe to — but it’s a little different when it comes to home internet. The Verizon 5G plan actually offers only one 5G home internet option, so the decision-making process is simple.

Traditionally, home internet plans are based on speeds — but that’s normally because you’re getting your internet through a cable, and internet service providers can better control and monitor the speeds that it’s delivering. With 5G-based home internet, things are a little different. Verizon touts its plan as delivering typical speeds of 300Mbps and reaching as high as gigabit speeds — but again, your real-world mileage may vary radically. Verizon seems to be offering the plan only in areas with relatively strong connectivity, so while that limits how many people can take advantage of it, it also means that users who do get access should achieve solid speeds.

The plan offers some perks other than simply getting decent internet speeds. For example, you’ll get a year of Discovery+, and Verizon gives users a free TV streaming box, which supports most major streaming services like Netflix and HBO Max. Verizon also offers an Amazon Smart Home Bundle to subscribers, which includes a range of Amazon smart home devices, including the Amazon Echo Show 5.

While the plan itself doesn’t change, the price of the plan can — and it depends on whether you use Verizon for your phone plan. With a phone plan that costs $30 or more, you’ll get Verizon 5G Home Internet for $50 per month. Without a Verizon phone plan, you’ll have to pay $70 per month.

As mentioned, Verizon seems to be approaching its 5G-based home internet service conservatively, seemingly to ensure a quality service. As such, it’s only available in a few cities — and even within those cities, you may not be eligible. Check out the full list of cities with Verizon 5G Home Internet service below, as of March 2021:

You can check eligibility for your specific address at Verizon’s website.

It’s a little hard to predict just how fast your 5G home internet service will be. Verizon says users will get average speeds of 300Mbps and up to 1Gbps. But an average of 300Mbps does imply that some users will experience slower download speeds than that.

As Verizon continues to build out its 5G network, it’s likely that average 5G speeds will get better and that more customers will get access to the service.