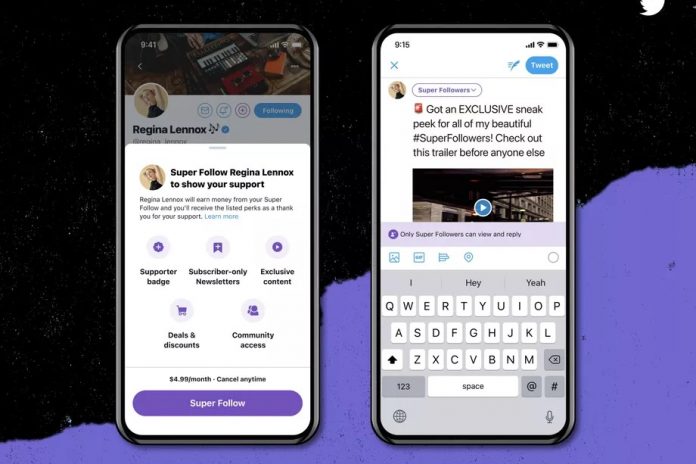 In an attempt to reduce its dependence on advertising to generate revenue, Twitter has announced two new features coming to the social media platform later this year, including a “Super Follow” feature that will let users charge followers for access to exclusive content.

In an example screenshot of the Super Follow feature in action (shown above), Twitter a user being charged $4.99 per month to receive a series of benefits, allowing creators and publishers get paid directly by followers.

“Exploring audience funding opportunities like Super Follows will allow creators and publishers to be directly supported by their audience and will incentivize them to continue creating content that their audience loves,” the company said in a statement.

The other upcoming feature is referred to as Communities, which will work similar Facebook Groups. Communities introduces the ability to create and join groups based around specific interests. Twitter’s examples included groups focused on social justice, cats, plants, and surfing. 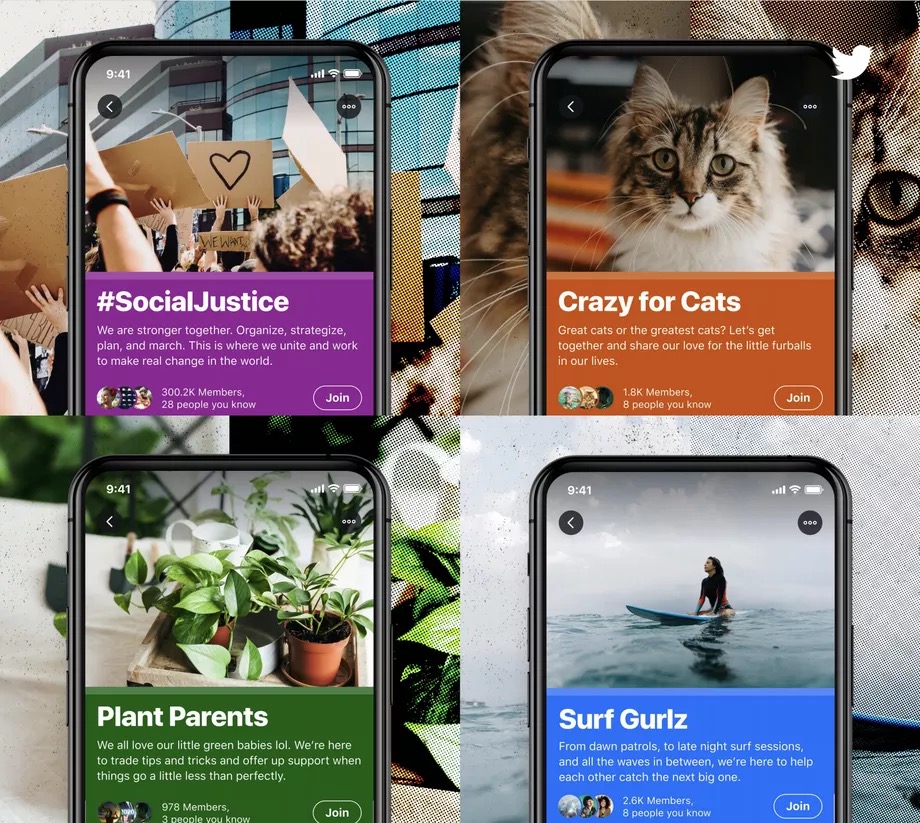 Twitter also plans to introduce an optional “safety mode” that will be automatically suggested when Twitter’s systems pick up that a post appears to be attracting “spammy or abusive” replies. When switched on, it will automatically block accounts that break Twitter’s rules.

In a presentation to analysts and investors, Twitter didn’t offer a timeline for when the new features will arrive, but said it would have “more to share” in the coming months. Tag: Twitter
This article, “Twitter Announces Upcoming ‘Super Follow’ Feature to Let Users Charge Followers for Content” first appeared on MacRumors.com