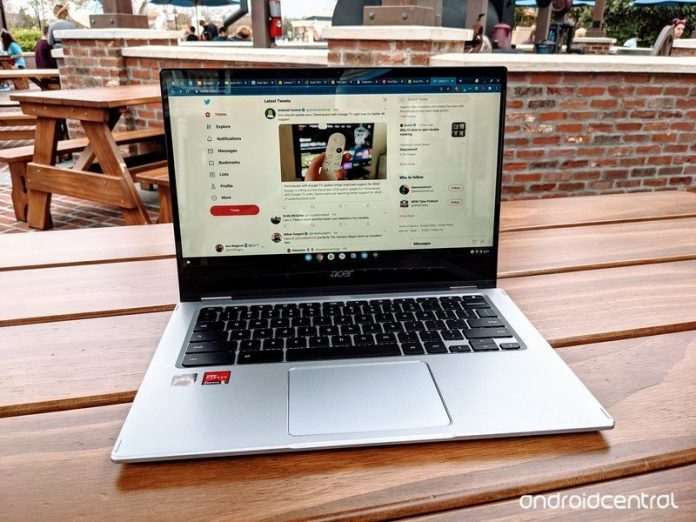 Good performance for a better price will make the Spin 514 Acer’s best Chromebook yet. 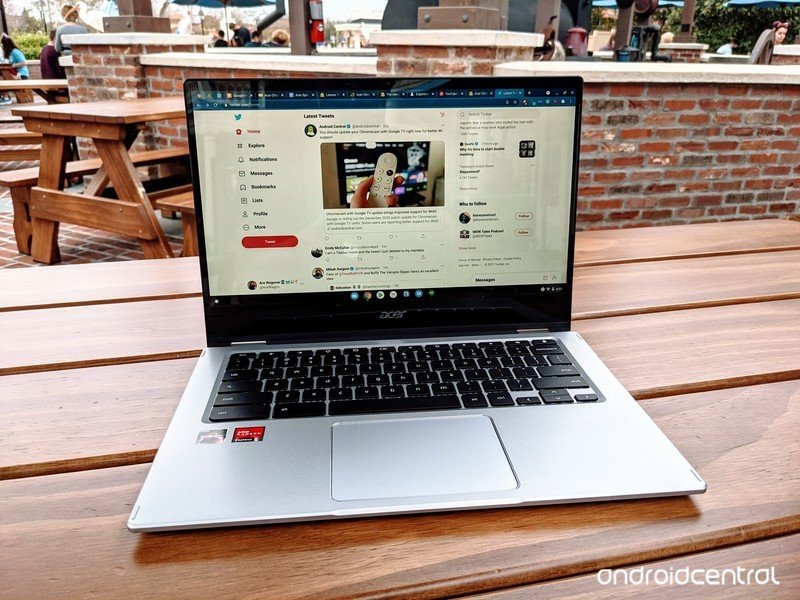 Of the two Chromebooks that debuted at CES 2021, the one that grabbed my attention and wouldn’t let go was the Acer Chromebook Spin 514. While Samsung’s Galaxy Chromebook 2 was downgraded but still overpriced, Acer was starting out under $500 and offering a wide variety of configuration options for those that need them.

As a matter of fact, after over a month with the Acer Chromebook Spin 514, it’s reminding me a lot of another 14-inch Chromebook that’s held a place in Best Chromebooks for almost two years: the ASUS Chromebook Flip C434. The Spin 514 has a decent touchscreen that I wish was brighter, a very similar hinge design, and a great starting price that’s only going to get better once the months wear on and the sales start rolling. 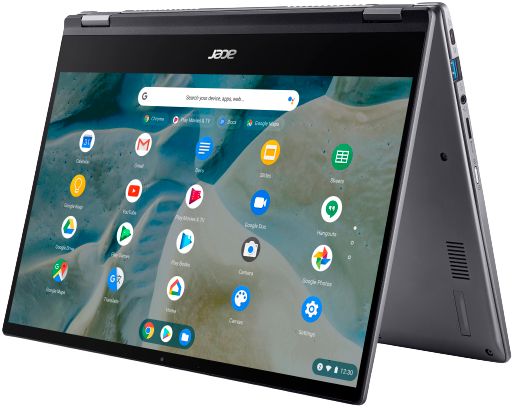 Bottom line: Acer’s first Ryzen-powered Chromebook is looking to steal the aging ASUS Chromebook Flip C434’s section of the Chromebook market, targeting users looking for power without blowing their budget out of the water. Even the lower-end configurations are plenty powerful for the average workload, and there are options for up to 16GB of RAM and up to 256GB SSD storage if you feel the need for speed.

The review unit I used had the Ryzen 3 processor, 8GB of RAM, and 128GB of storage. You benefit from the extra RAM for sure, and 128GB of storage gives you plenty of room for Android apps and Linux apps. Once this configuration is available, this is what I’ll be recommending unless you really, really want to get that 256GB SSD that’s only available with the highest configurations. 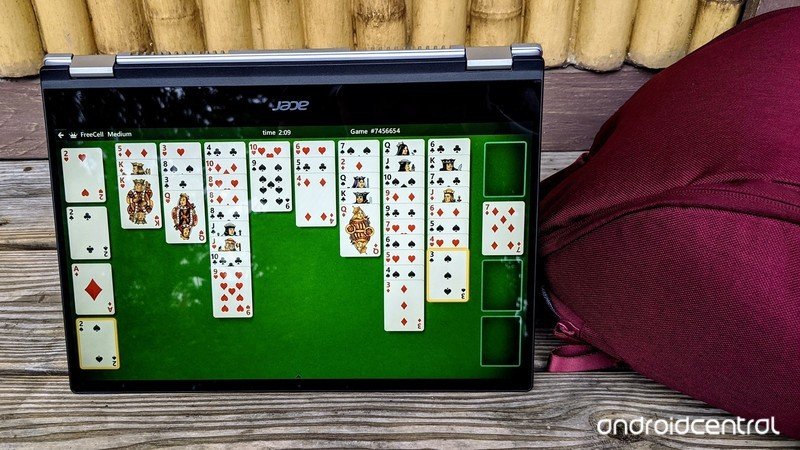 This is my second Chromebook with the Ryzen 3000-series APU inside, as well as the first with the base-model Ryzen 3-3250c, and while I wasn’t exactly sure what to expect, the Ryzen 3 has done perfectly fine juggling over a dozen tabs and an Android app at the same time. While the 8GB of RAM on my review unit probably had something to do with that, too, Acer and Google have made the Ryzen work here, to the benefit of all. These are fan-cooled, and while the fan won’t kick on full-tilt every time you wake up your Chromebook, it will be noticeable when it does. At least Acer did the vents right here: wide across the bottom and another two right at the hinges.

The design on the 514 is very similar to its premium cousin the Acer Chromebook Spin 713, with angled edges around the hinge and fan vents. It’s not as tapered on the sides as the 713 or 311, but I’m okay with that given how many ports need space here. You have USB-C and USB-A on each side, plus a microSD card slot and an audio combo jack. 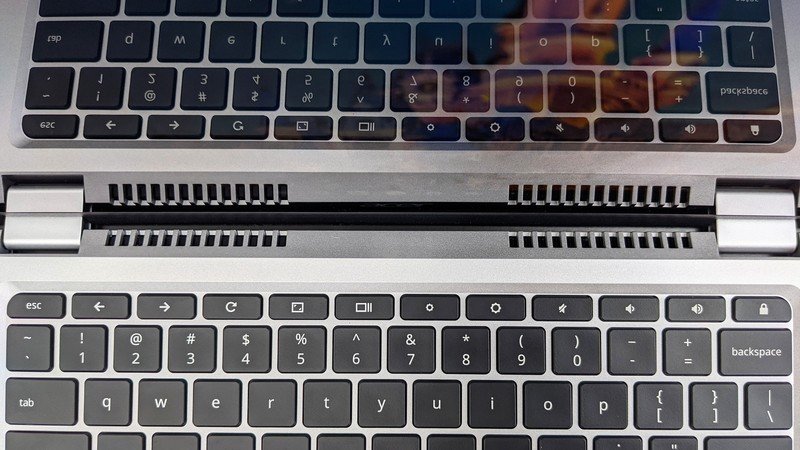 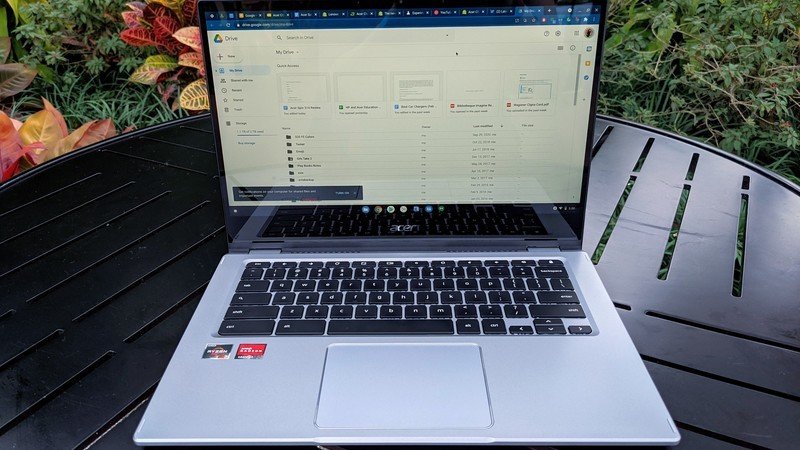 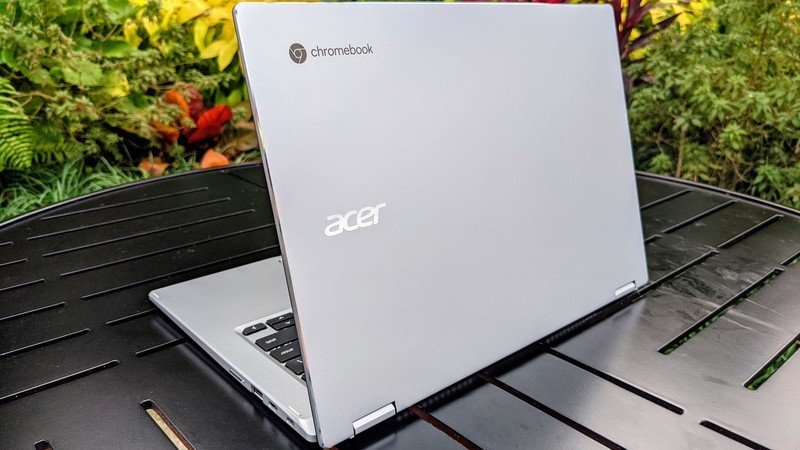 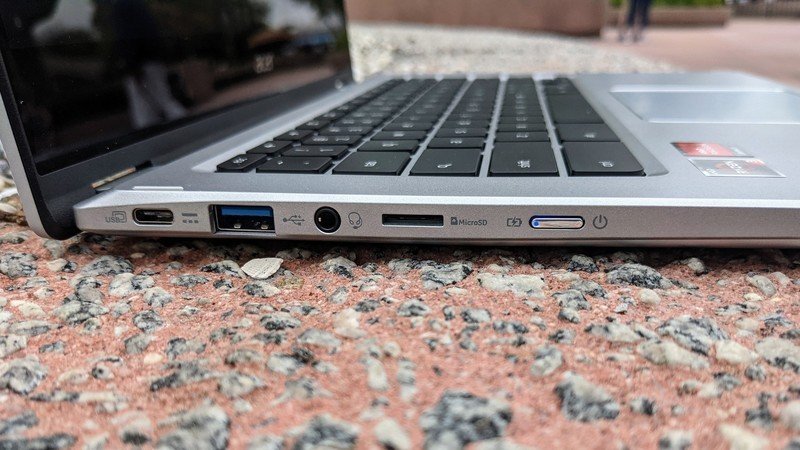 You’re not going to have much need for that microSD card slot, though. The Spin 514 starts at 64GB of eMMC storage, but there’s also options for 128GB eMMC storage or 256GB SSD storage. While I’m all for more SSD storage options on Chromebooks, the 128GB eMMC is more than enough for me and my emergency movie collection — Chromebooks are some of the only laptops that can download Disney+ videos for offline viewing — and it’ll probably be enough for you, too, unless you’re dual-booting or Steam gaming, which is still a bit of a chore to properly set up on a Chromebook.

Battery here is rated for 10 hours on a single charge, and I usually got between 7-9 hours, so 10 hours seems doable if you keep the brightness down and stay close to the router. Speaking of brightness, the screen here is 250 nits, same as most Chromebooks on the market, which means that you can use it outside in the shade, but it’s not going to be legible in full sunshine. Considering the price, I can’t hold this against Acer, but I’m hopeful that in the next year or two manufacturers can make 300-400-nit screens the standard instead of 250. 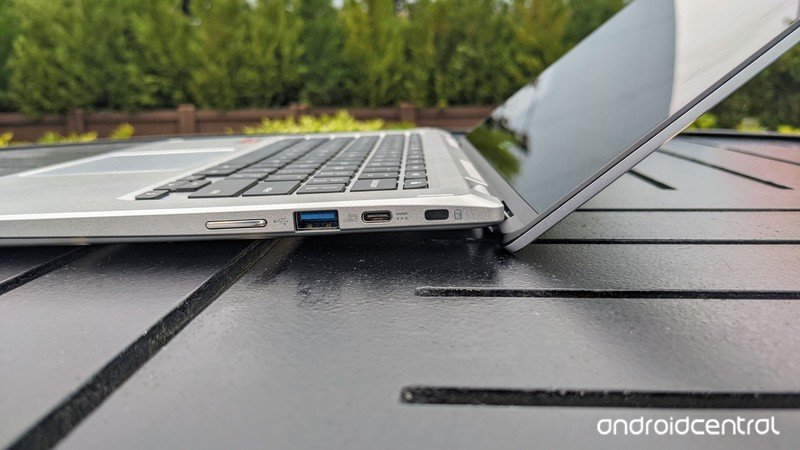 While the speakers in the Spin 514 can get nice and loud, I really wish they weren’t downward-facing, especially with all the space around the keyboard we have here. If HP and Lenovo can serve up front-facing speakers, Acer absolutely could and they should, because if I use the Spin 514 on the couch without my trusty lap desk, videos are muffled.

About the only other quarrels I have with Acer’s design and build quality on this laptop are small: the backlighting is a little dim on the keyboard, and the hinge design here is similar to the ASUS C434. Once to rotate past 90 degrees, the back of the laptop balances on the bottom edge of the lid rather than sitting flat; some like the slight tilt this gives the keyboard, but I’d much prefer the laptop sit flat on surfaces. It won’t irk everyone, but if you tend to work from a lot of uneven or smaller surfaces, you might want to look elsewhere. 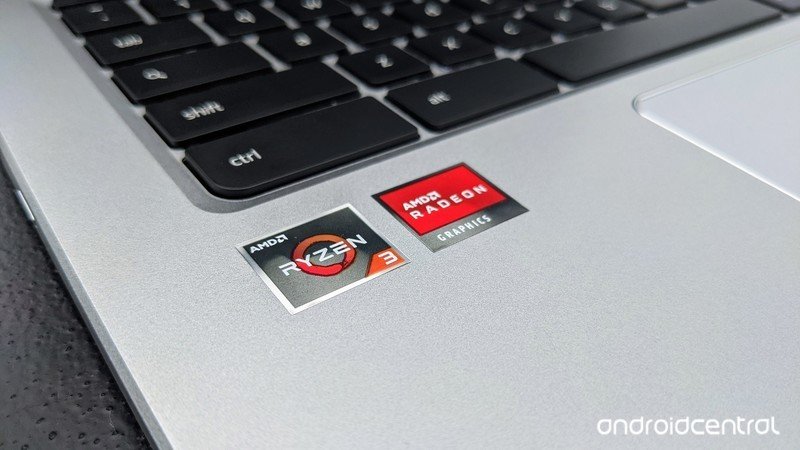 Just like the Lenovo ThinkPad C13 Yoga Chromebook, the Acer Chromebook Spin 514 is one of the first Chromebooks using Ryzen 3000-series APUs, and so there’s still a little more optimization and fine-tuning to be done here. A few hardware-acceleration bugs with the Radeon graphics and some battery inconsistencies are lurking in the corners if you look for them, but give it a few more Chrome OS updates and I’ll bet things are all fixed on this front, just as they were with the launch-day battery issues on the Galaxy Chromebook and ASUS Chromebook C436.

On the consumer side of the market, the Spin 514 is entering a crowded 14-inch Chromebook market. The ASUS Chromebook Flip C434 has ruled this corner of the market for two years, but supply for the C434 is getting low and it’s not getting sales as often as it did last year, which is a shame because you should only buy a two-year-old Chromebook at a discount. Yeah, ASUS put out the Chromebook Flip C436 last year, but it’s a more premium device with a premium price tag and fewer ports.

The HP Chromebook x360 14c is more expensive than the Spin 514 because the Intel Core processors inside it cost more, but Best Buy also puts it on sale about once a month, which puts them on more even footing. The 14c has a fingerprint sensor — not that you can use it for much besides unlocking your Chromebook — and upward-facing speakers, but the screen’s slightly worse than the Spin 514 and it only has one USB-A port.

Acer’s starting price for the Spin 514 makes it look like a value buy next to the Lenovo ThinkPad C13 Yoga Chromebook, but the C13 has a few distinct advantages despite having the same processor. The screen is only 13.3 inches, but it’s noticeably brighter with USI stylus support, there’s a 4K version available, and you get an HDMI port on all models — Acer limited the HDMI port to the Ryzen 5/7 models. If you can catch the Lenovo C13 on sale, it can be worth the upgrade, but the budget-minded will prefer the Acer Chromebook Spin 514.

Acer Chromebook Spin 514 Should you buy it? 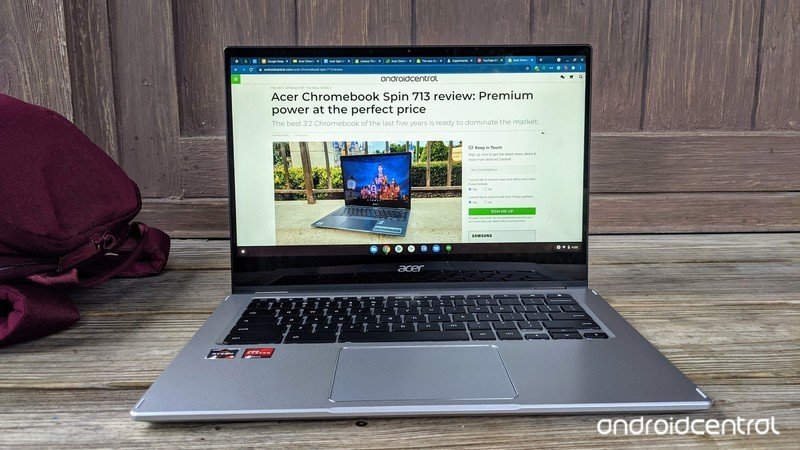 The Acer Chromebook Spin 514 might not seem like a huge standout in today’s crowded business-class Chromebook space, but beneath its unassuming exterior beats the heart of a laptop ready for the long haul. With Ryzen power rather than more expensive Intel Core chipsets, the Spin 514 can get the job done while keeping costs down.

It may be a bit too big for some people, but if you need a big screen for split-screening your work or using larger zoom sizes, the Spin 514 is the Chromebook for you. And if the higher-spec models are as competitively-priced as the Spin 514, ASUS and HP better watch their backs this summer.

This 14-inch Chromebook may pick up the ASUS Chromebook C434’s torch as the best balance between power, functionality, and price.

Will you trust or not trust medical drones with your healthcare

AdGuard: Get Rid of annoying ads and protect your device from malware