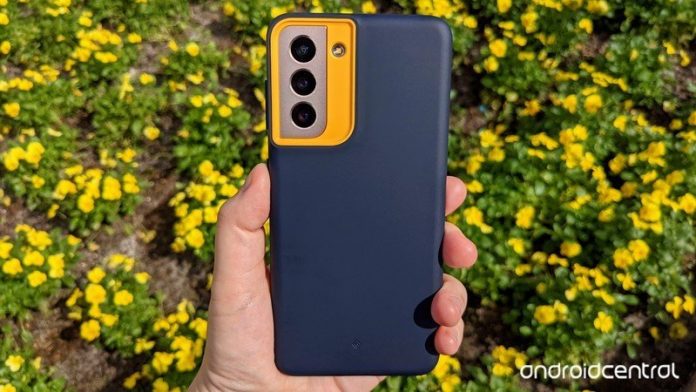 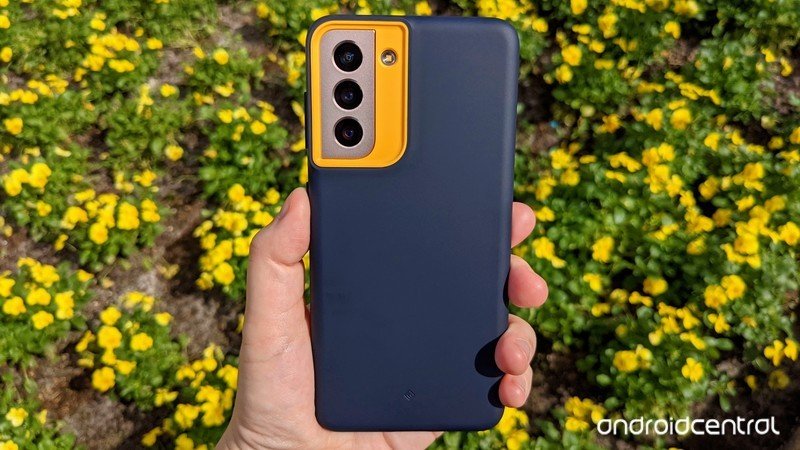 Bold color accents, great texture, and a nicely contoured camera cutout make the Nano Pop the one to beat.

While I adore researching the best cases for the Samsung Galaxy S21 — or whichever phone is hitting the market this week — I’m always a tad disappointed when I go look at the newest and fanciest ones a manufacturer offers and see that they’re only for iPhone. I can’t be too mad — when you’re starting out a new series, iPhone is the safer bet and its owners are never shy to call out anything they don’t like — but I am disappointed all the same.

Such was the case with the Caseology Nano Pop, which debuted for the iPhone 11 series in late 2019. It came back for the iPhone 12 with bolder colors, and I held out hope that it would soon make the jump to Android phones. That jump came with Samsung Galaxy 21, and it was worth the wait. I’ve long adored the Caseology Parallax Series for its fun colors and unique cubist design across the back, but the Nano Pop has more grip and more reinforcement around that shiny new camera module.

It’s not quite as heavy-duty as the Parallax, but I’m okay with that because the extra grip means I shouldn’t have to test what kind of drop it’ll survive. 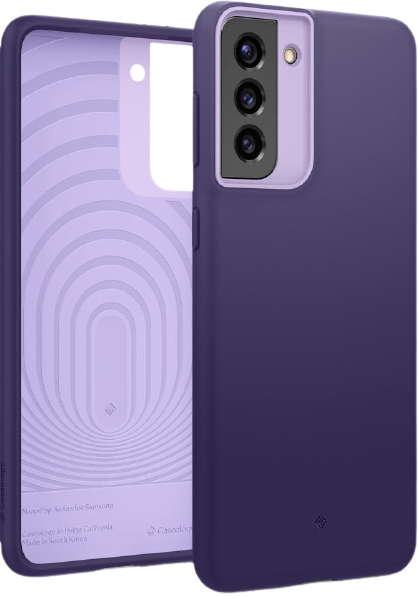 Bottom line: This solid little case won’t bulk up your Galaxy S21, but it will add protection against slips and drops while also adding some grip and style. While most cases and case manufacturers don’t really know what to do with that new camera bump on the S21, the Nano Pop highlights and protects it in the best way possible.

Caseology Nano Pop for Galaxy S21 What I love 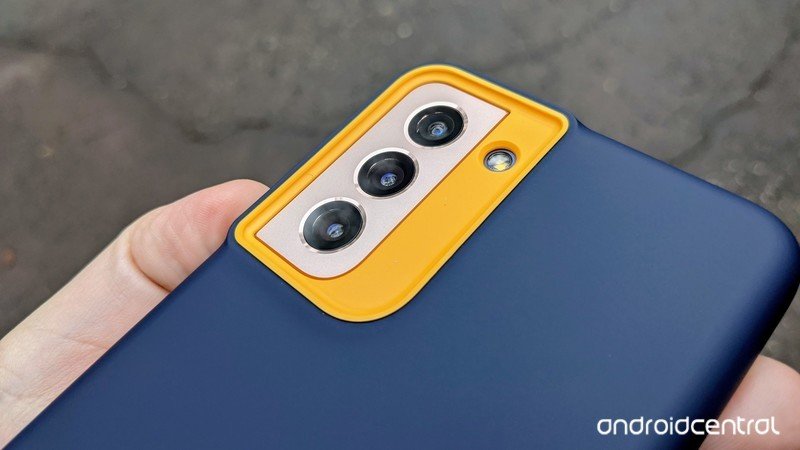 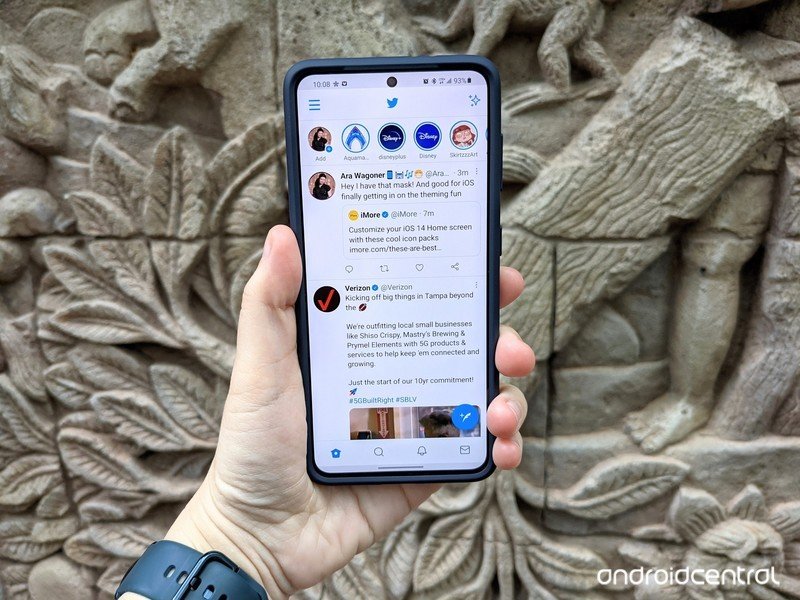 Let’s start with the design. Rather than a traditional hybrid case where a flexible TPU shell slips into a polycarbonate frame, a smaller plastic frame is embedded into the flexible Nano Pop case to ensure you have a nice tall lip around the camera and no light from the flash can bleed through a gap in the silicone. The camera module cutout also shares the same bold color as the case’s interior lining, where thin air cushion grooves are etched in concentric, elongated ellipses.

I wish that color also bled through to the buttons, but at least the pop around the camera is bolder for the S21 than it is for more Nano Pop versions. The three color combinations here are quite fetching, but I wish we’d gotten that Apple Red/Caramel combo the iPhone 12 series did. Don’t get me wrong, the Light Violet and Prune Charcoal are perfectly fine — except for that latter name, Caseology, what were you thinking? 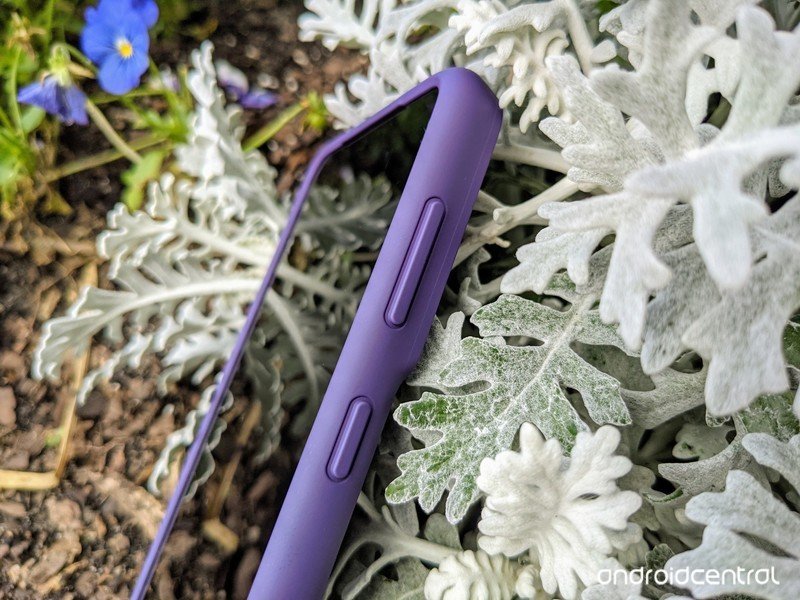 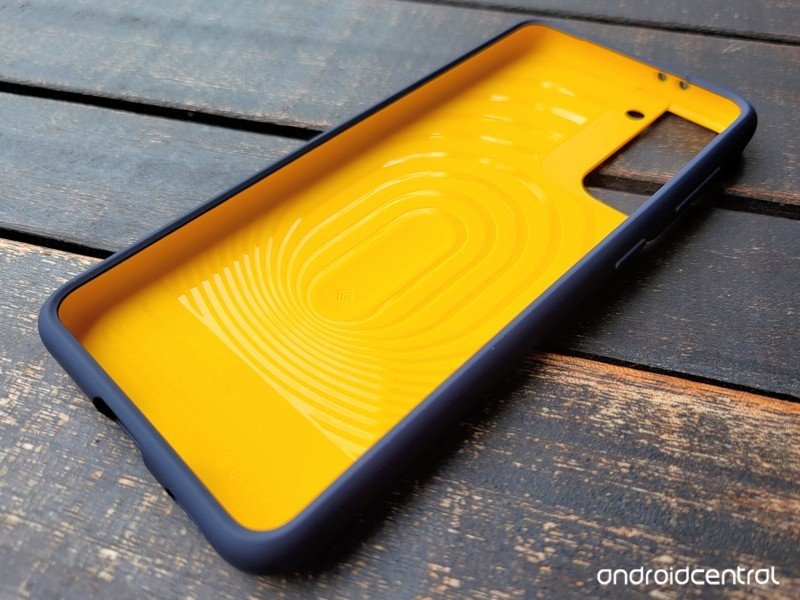 The button covers might blend into the rest of the case’s main color, but I still adore them because they have the perfect amount of give to them. They’re not loose and clicky, they’re not stiff and hard; the button covers here are exactly the flexible fit you want to see in a case. Yes, it’s a small detail, but it’s one you’ll notice every time you adjust your volume, or take a screenshot, or turn off the screen.

Perfectly sculpted for a great fit and easy application

The cutouts for the pinhole microphones and the speaker grill are nice and tight, so you’ll be less likely to get lint or other debris caught inside. While the cutout for the USB-C port feels a tiny bit lopsided when you look at it, it does this to avoid a secondary cutout for the mic beside it, and it makes the port nicely wide for fatter adapters and cables.

Texture is another small detail that makes a big difference. While the Nano Pop lacks the same 3D texturing Caseology uses on the Parallax, there’s a soft-touch coating on here that’s pleasantly grippy, even when your hands are a bit sweaty after being outside in the Florida heat (85 in February, but hey, it beats snow). I still put my trusty phone grip on the S21 so it’d be easier to reach the top of the screen one-handed, but if you have bigger hands than mine, the Nano Pop is all the grip you need.

Caseology Nano Pop for Galaxy S21 What I don’t like 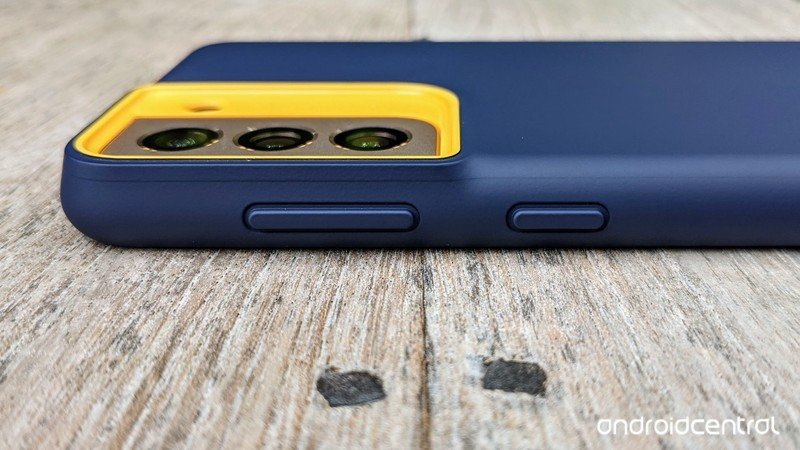 As I mentioned before, I’d’ve loved to see a few more color options here — especially for the Galaxy S21 Ultra case, which only has two colorways — but I can’t really blame Caseology by playing it safe with fewer variations. At least they’re both on the color wheel and not just basic black. And again, I really, really wish the accent color applied to more than the lining and the camera cutout; putting it on the buttons or around the USB cutout could take that pop of color to the next level.

It’s early days, so I’m not 100% sure how this soft-touch texture on the Nano Pop will hold up after months of my skin oils eating away at it. In over a week, I’ve only needed to wipe it off once to avoid any grime buildup, so it should last a while, but I know it won’t hold forever. Then again, no case looks perfect after a year of slipping it in and out of my pocket. 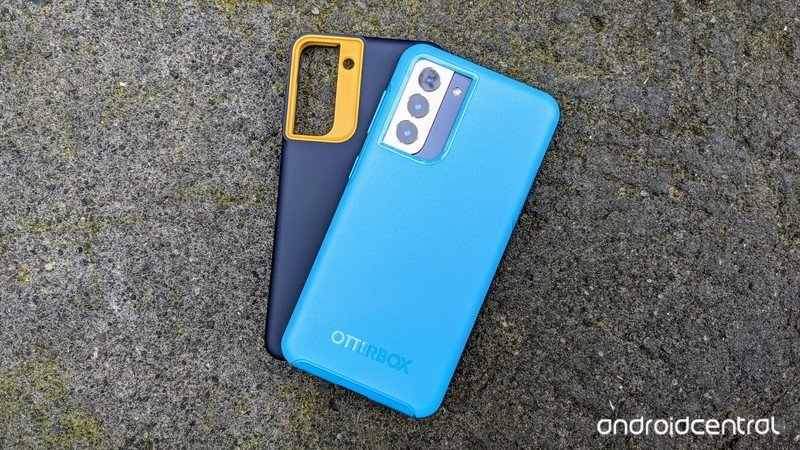 Being a hybrid case for the Samsung Galaxy S21, the Nano Pop has lots and lots of company in the space. It’s better looking than the gunmetal grey Spigen Neo Hybrid, it’s easier to get on and off than the OtterBox Commuter Series — the OtterBox Symmetry series would be a better competitor if it weren’t more than twice the price — and the Speck Presidio2 Grip is also double the price.

In fact, the biggest competition the Nano Pop faces right now from name-brand cases is from Caseology itself. The Caseology Parallax is still one of my favorite case series of all time, even if the plastic half of the bumper can be more slippery than the Nano Pop’s silicone sides. The Parallax is the same price and the more classic hybrid construction, but so far, the Nano Pop has won me over with fit, feel, and its bold color combos.

Caseology Nano Pop for Galaxy S21 Should you buy it? 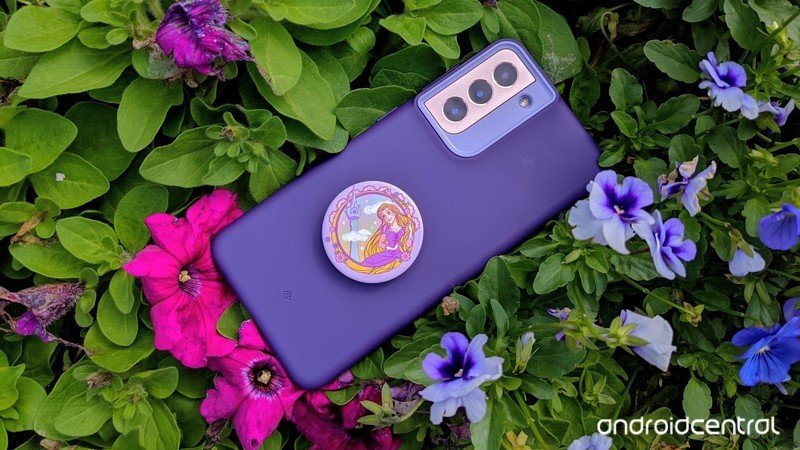 If you’re looking for a case that won’t sacrifice pocketability for protection, the Nano Pop is the Goldilocks case between dainty ultra-thin cases and bulky heavy duty Galaxy S21 cases. It provides style, soft grip, and just enough impact protection that you won’t feel the need to white-knuckle grip your phone the second you leave the house.

Another benefit of the Caseology Nano Pop is that unlike other big-name cases that launch with over-inflated prices that become reasonable as the months wear on, Caseology launches its cases at affordable prices so you get the best value and protection for your phone from Day One. I have about two dozen other cases to try out over the next few months, but when I’m not reviewing them, the Light Violet Nano Pop is my go-to case for the foreseeable future.

This grippy case is compact and comfortable to hold for hours on end, exactly what you want in an accessory that guards your digital lifeline. So long as you’re not looking for heavy-duty protection, the Nano Pop checks all the case boxes and then some.

Facebook
Twitter
Pinterest
WhatsApp
Previous articleFacebook Weighing Up Legality of Facial Recognition in Upcoming Smart Glasses
Next articleReady to upgrade your mesh Wi-Fi? These are some of the best options
- Advertisment -