Home News Phones’ fast-charging tech is confusing, annoying, and will only get worse
News 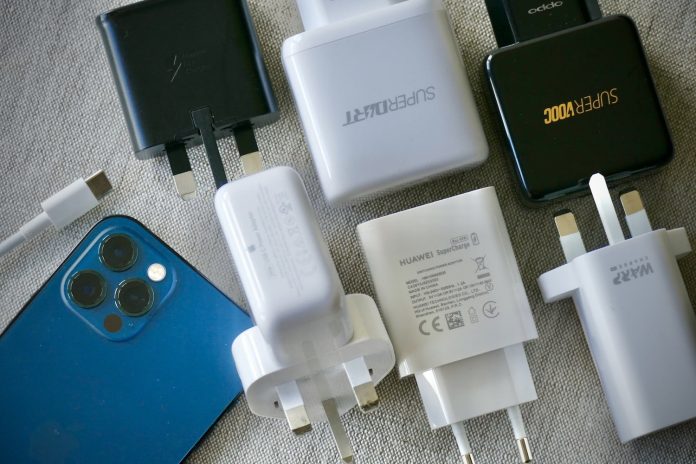 Without turning to Google, answer me a couple of questions: What wattage activates fast charging on your current phone, and does the charger you use most meet that requirement? I’m willing to bet few people know the answer to both these questions, and full disclosure here, I’m not one of them.

Don’t worry if you’re with me, phone charging has become so bafflingly complex over the past couple of years that you have to have a degree in electrical engineering to understand it all. The worst part is there’s no end in sight, as phone makers stop putting chargers in the box at all, and fast charging becomes an evermore exasperating minefield filled with proprietary tech, all locking you into buying the same brand forever.

Here’s a scenario to illustrate the problem. You’ve bought a lovely new iPhone 12 Pro, which doesn’t come with a charger in the box. Under normal circumstances, this isn’t a massive problem, but one of the features that sold you on the phone is its fast charging, which Apple says boosts the battery from zero to 50% in about 30 minutes. Your new phone replaces an iPhone X, so you first decide to continue using the charger that came with it.

Sure the phone will charge, but you have little idea of how fast it will charge.

It’ll work, of course, but it won’t fast charge your new phone. Not even close. Dig into the small print on Apple’s website and you’ll discover the iPhone 12 Pro requires at least 20 watts to fast charge, while the charger that came with Apple smartphones of old only puts out a feeble 5 watts. What about if your last phone was an Android phone? Let’s say it was a Samsung Galaxy S10, and the good news is it came with a 25W charger. That’s where the good news ends though, as you’re about to find out.

Thankfully, everyone (except Apple) has standardized the USB-C plug type, so you can at least get some sort of charge using modern chargers and cables. And more and more, we’re seeing the charger brick side of things also move to primarily USB-C, so that removes one more frustration point. Problem is, you still don’t know what amount of power you’ll get when you connect it all together.

It’s at this point where everything becomes really complicated, as you fall down a rabbit hole lined with different wattages, information on cable voltages that may or may not be important, explanations about different USB power delivery standards, and a hugely varied collection of brand names and prices when you search Amazon. Apple’s Made for iPhone certification can help, but not if you own a Samsung phone, as the S21 series doesn’t come with a charger either. This is a lot of effort to use the fast-charging feature that’s promoted.

So you end up just buying the official charger directly from Apple or Samsung, leaving you frustrated at the process, and negating your slice of the environmental benefit gained by it not being included in the box in the first place. This scenario is one that more people will face as other phone makers follow in Apple and Samsung’s footsteps. Fast charging shouldn’t be this complicated, but amazingly, it only gets more so.

Only use this charger please

Proprietary charging technology only confuses further. There are plenty of systems out there: OnePlus calls it Warp Charge and it comes in two different flavors, Warp Charge 65 and Warp Charge 30. Huawei has a system called SuperCharge, Oppo has VOOC charging, Qualcomm has its Quick Charge standard that multiple phones use, Motorola has Turbo Power, Vivo has Super FlashCharge, Realme has DartCharge, and Samsung has its own Adaptive Fast Charge (which is kind of just Qualcomm Quick Charge).

Every company has its own charging brand, and they’re almost all incompatible with one another.

These technologies often provide incredible charging speeds. For example, we’ve seen firsthand how Oppo’s SuperVOOC 65W charging takes the Reno Ace’s 3,400mAh cell to 100% in 28 minutes, and it’s claimed that Vivo’s future 125W Super FlashCharge tech can recharge a 4,000mAh battery in just 13 minutes. There’s no question proprietary charging tech is impressive, but it only works with the brand’s own phones, and isn’t cross-compatible.

Thankfully, some companies have simply set themselves on the USB-C Power Delivery standard, or Qualcomm’s Quick Charge, and it opens up the possibility that you can buy a third-party charger and it’ll charge at the maximum speed. But it’s only a solution on phones that have relatively low charging speeds. You can max out an iPhone 12, Pixel 5, or Galaxy S21 using a nonbranded third-party charger — but they all charge at a much lower rate than what companies like Oppo and OnePlus quote for their own chargers.

There are some small benefits to proprietary tech. It forces phone companies to put a charger in the box, and in the case of Huawei’s 66W SuperCharge power block, a special chip inside adapts to the device it’s charging, ensuring it always pushes the maximum it’ll accept. It’s great, but you’ve got to own multiple Huawei devices to make use of it, and it definitely won’t work if you change brands in the future. Finally, here’s where we get to the reason why fast charging has become hateful.

Fast charging has become another way of locking you into a company’s product ecosystem. If you want to guarantee fast charging, or even decent speeds, you must buy the official, usually expensive charger. If you decide to jump over the wall surrounding the garden, very little will make sense without extensive, tedious research, and even then. it’s entirely possible you won’t find a suitable alternative.

Fast charging has become another way of locking you into a company’s product ecosystem.

I don’t want to spend time researching which Anker, Belkin, Choetech, or Aukey charging block or wireless charger fast charges my phone, and if it offers any future-proofing. I also don’t want to be beholden to Samsung, Apple, or OnePlus either, where I’m forced to buy an official charger just to make sure I’m really getting the fastest, most reliable, and safest charge. I just want to plug my phone — whichever one it is — in, or place it on a wireless charger, and for it to charge at the fastest rate possible.

But we’re now at the point where this will almost certainly never be possible. Groups like the Wireless Power Consortium and USB Implementers Forum are in place so cables and chargers will work with most devices, but they’re woefully outpaced in keeping up with the innovations happening across the industry. It’s the desire for faster and faster charging speeds that leads companies to break away from standards and build proprietary systems — and once they go fast, they’re not going back.

And so, most of us have a brand-new phone with superfast charging claims that’s plugged into an aging power brick and charging at the same speed our last phone did.

The best chess apps for Android and iOS