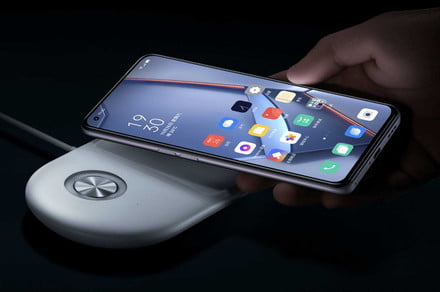 Included in the initiative are deals with FAW-Volkswagen, Anker, and NXP Semiconductors. Between them, Oppo says, consumers should be able to get fast wireless charging for their devices in their car, in their home, and even in some public spaces.

“The Flash Initiative reflects Oppo’s belief in humancentric technologies that make a difference in people’s everyday lives. And thanks to our new partners, our proprietary technologies can reach more people than ever before,” said Adler Feng, Oppo senior director of intellectual property, in a statement at Mobile World Congress Shanghai. “This is a vital step in freeing consumers to use their devices however they want, no matter what they need to do or where in the world they are.”

Of course, it remains to be seen just how deep this partnership runs, and how many cars and accessories actually adopt the charging tech, but Oppo has given a few details about the partnerships. For example, Anker will build electronics like power banks, headphones, and even vacuums that incorporate the wireless charging tech. And the deal with FAW Group and Volkswagen Group will see the charging tech built into at least some of their cars — likely only in China.

You might actually use VOOC fast wireless charging without even knowing it. Oppo is owned by electronics giant BBK Electronics, which also owns OnePlus, Vivo, and Realme, and as a result, those brands use the same tech in their phones — but under different names. The most well-known in the U.S. is OnePlus’ Warp Charge. It’s relatively confusing, confounded by the fact that wireless charging standards in general are already confusing.

Unfortunately, even if you have an Oppo phone and a compatible charger, you may not end up getting the fastest charging that you could get. While the tech is somewhat backward compatible, if there’s any big mismatch between the phone and the charger, you’ll simply charge at normal wireless charging speeds. The result is that if you really want to use built-in fast wireless charging in your car, you’ll either have to buy the right phone, or buy the right car. That’s where a true standard could really help.