Home News Need a break during quarantine? Why not try Stardew Valley?
News

Need a break during quarantine? Why not try Stardew Valley? 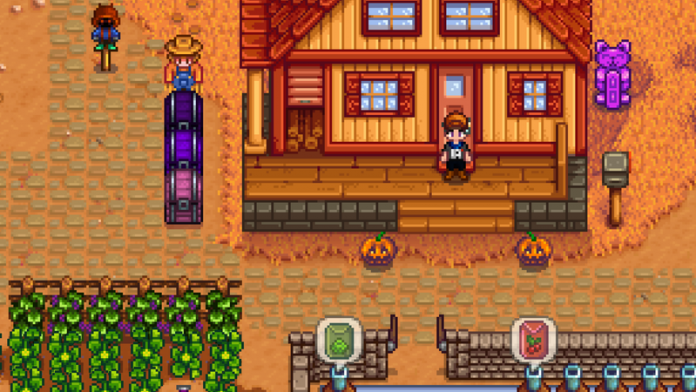 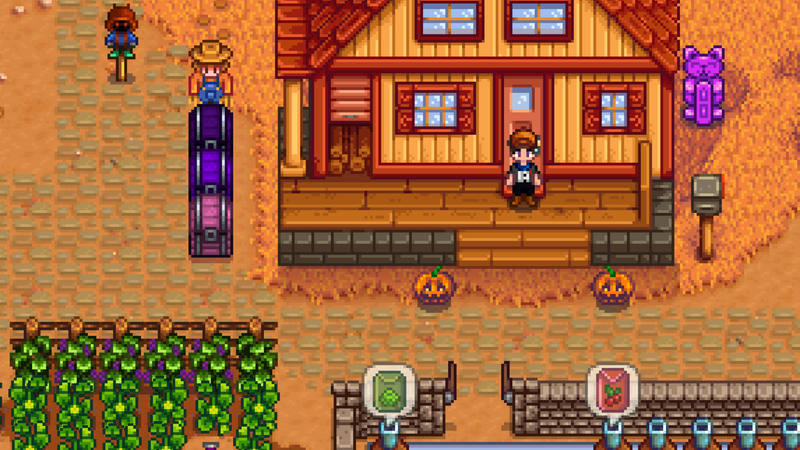 The new update makes the indie title more comforting than ever.

I have an enormous video game backlog. It’s over 100 titles long, and I know that pales in comparison to some of the other backlogs I’ve seen. Going into quarantine, I thought I’d have plenty of time to make a dent. Instead, I’ve just been going through some old favorites and a few of the best PS5 games, like Alan Wake and Dead Space. However, lately I’ve been putting all of my time into Stardew Valley, a 2016 farming and life simulator (and one of the best simulation games out there) that is the definition of comforting. You spend your days bringing your dead grandfather’s farm back to life with beautiful crops and happy livestock while forming relationships with the townsfolk and exploring the surrounding area.

It feels obvious that during this COVID-19 pandemic, I wanted to play something simple and soothing, rather than intense and stressful (although the other two games I mentioned above say otherwise). Luckily, Stardew Valley developer ConcernedApe released Update 1.5, which came out on PC late last year and just released on consoles, is huge. It not only reworks the endgame so you have more quests to do, but you also have another whole area to explore and more things to add to your farm. And if you wanted to restart the game, you could even have a Beach Farm, a long-awaited concept that was previously only available in mods. Essentially, every part of the game got new content. It not only works to bring older players back into the fold, it revitalizes the game, and it couldn’t have come at a better time.

This new 1.5 update comes at a perfect time, and it brings so much new content as well.

There are other games that could’ve filled the comfort void during these uncertain times. The big one is Animal Crossing: New Horizons, which has been nearly singlehandedly keeping the Nintendo company afloat throughout the past year. Other titles like Sakuna: Rice and Ruin, Calico, and The Sims 4 filled that comforting, repetitive void for me, but only for a short time. Every time I put down one of them I would sit back and think about Stardew Valley. Unfortunately, I fell off it some time ago after putting around 150 hours into it because I reached the limit of what I wanted to do. I had gotten married, had a kid, and turned my grandfather’s farm into a success. What was next for me? What was next for Tina on Butt Farm? 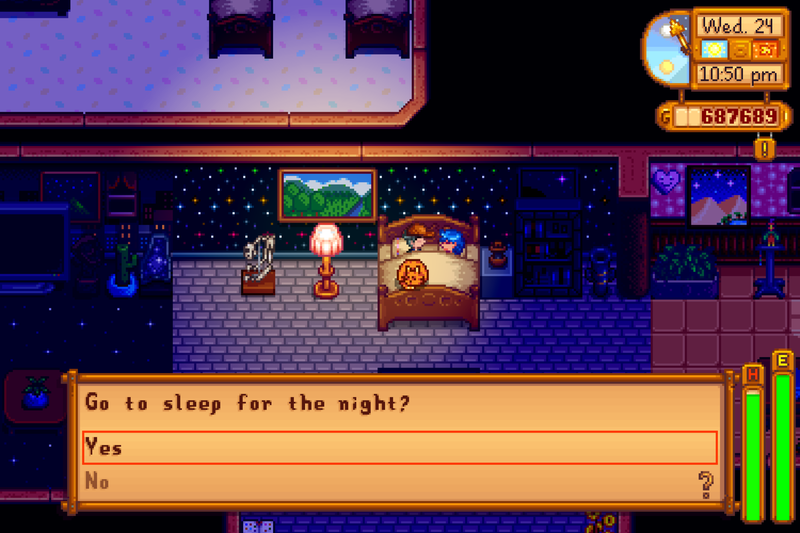 I’ve been seeing a lot of conversations in my friend groups and on social media about what nearly a year in quarantine has done to us. People talk about wild dreams, trouble sleeping, or just not having the energy to be social when all you want to be is social. Time has lost all meaning, with days either running together or flying by. This isn’t universal, but I’ve heard these stories so many times that it’s starting to feel like it. Considering people in quarantine are more likely to experience depression, anxiety, or develop stress disorders, that there is a wide range of symptoms is unsurprising.

Stardew Valley doesn’t make up for all the time we’ve lost this past year, but it does help time spent feel a bit more meaningful.

Stardew Valley isn’t the cure-all for quarantine fatigue, but what it can do is temporarily ground the player into a state where time does have a bit of meaning, and small social exchanges can have rewards, even if they’re fictional.

Stardew Valley works because it allows the player to set up various to-do lists and doesn’t punish you for skipping a task or going at your own pace. You only have so many hours in the day, so you start prioritizing quests or searches for specific items — often without thinking about it. Do you have to water your crops today or do you have time to go into the mines? Can you manage both while also doing some fishing to get albacore for a quest? Sometimes, you have to remember certain events like birthdays and holidays, which means checking the calendar. Did you prepare enough crops for this season’s festival? A day in Stardew isn’t 24 hours long like in real life (it’s actually around 14 minutes), but it’s still a set amount of time and you have to plan. It helps also that a year is only four in-game months and not whatever it was in 2020.

Being able to ground yourself and be productive is one of the ways some psychologists have suggested dealing with the monotony of quarantine. Since we feel so out of control right now, being in control can “help restore your sense of agency and self-confidence,” according to one therapist in Psychology Today. In Stardew Valley, the results aren’t reflected in the real world but for a time, you can work towards something in-game. When you succeed, you’re rewarded with money, the ability to expand your home, items, tools for your farm, and relationships. The ultimate Stardew fantasy is becoming the pillar of your community, and putting your nose down and getting to work is the only way to get there. 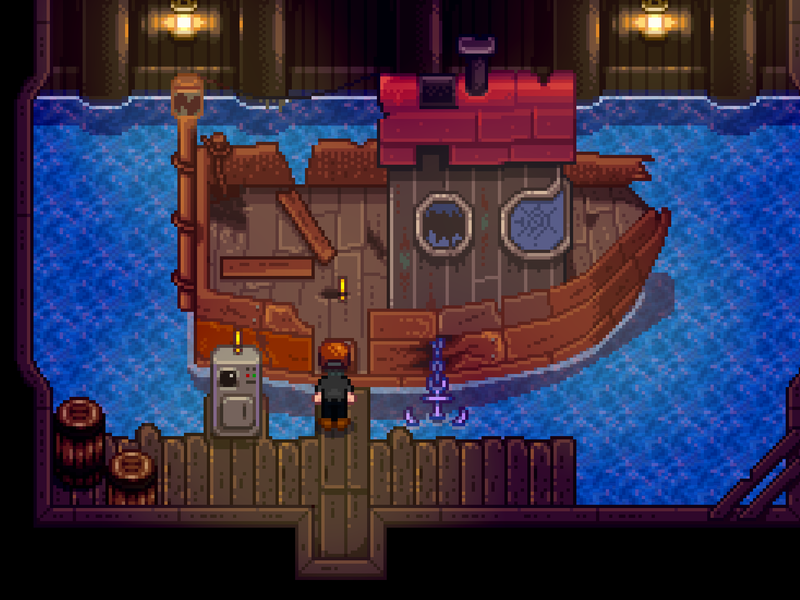 Of course, you have to build a boat to Ginger Island first.

This might feel repetitive after a while, and you might be correct. However, Stardew Valley added just enough new content in Update 1.5 to make it less of a grind. While the new Ginger Island is, in many ways, like other areas in the game with its own fauna, collectibles, and monsters, it adds even more purpose. You can build a resort, for example, or meet a mermaid. While you began the game just fixing up Pelican Town, you’ve slowly started expanding your reach. Ginger Island is practically its own new town to clean up and explore. The humdrum of Stardew Valley towards the endgame erased the sense of purpose it gave you, but this new update can keep you going for many long hours.

Stardew Valley is gentle on your mind, but the time you spend on it feels satisfying, which makes it perfect to wait out this never-ending quarantine.

Stardew Valley has always thrived because of its gentle nature and open-ended structure, but it’s also been successful because it does a great job imbuing the player with a sense of purpose, even if it’s temporary. The goals set up here would be huge undertakings in real life, but fixing up a farm and building relationships inside the game is doable. All you have to do is get through one day and then you can do it all again. Before you know it, a year has gone by and you’ve made progress thanks to some old-fashioned productivity and planning.

Getting through the pandemic is going to be much more difficult than just playing a game for a few hours every day. However, even a moment of control can break up the monotony of not being in control, just for a little while. 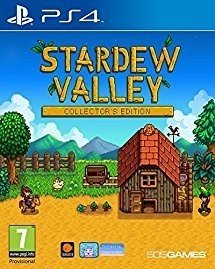 Build up the farm your way

If you need a break, you might want to check out Stardew Valley. It’s a great farming and life simulator where you build up a successful farm, build relationships, and explore nature.