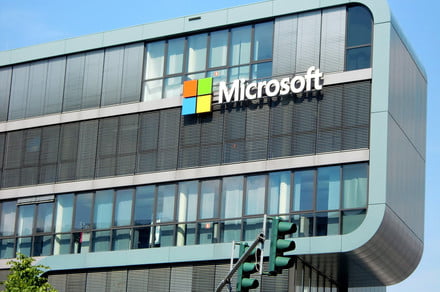 Microsoft could be planning separate news events that might help the company better focus on what it has to offer to consumers from Xbox and Windows, according to The Verge. The events would come as an addition to both the all-virtual Microsoft Ignite and Microsoft Build developer conferences, which usually only discuss Microsoft’s consumer products in broader, separate breakout sessions or keynotes.

While the pandemic has already forced the company into no longer holding in-person events, it is believed that these separate digital news events could better highlight the changes happening this year across all of Microsoft’s product lineups. Apple has long done this with dedicated events for MacBook, iPhone, and iPad launches.

We’re seeing the first of these new Microsoft events this week on February 4, where Microsoft plans to discuss changes coming to its Microsoft 365 service to “transform the employee experience.”

Watch @SatyaNadella and @Jared_Spataro discuss ways to transform the employee experience. Save the date for our digital event. #EmployeeExperience https://t.co/LV5KjcwBPF pic.twitter.com/uHHbQlFdcX

While this is still a rumor, a Windows-themed news event makes sense. Microsoft is believed to be working on a “Sun Valley” update for Windows 10, which seeks to bring a new look and feel to the operating system. A separate news event would better spotlight these changes and give Microsoft a bigger stage to discuss Windows. Usually, it is reserved for discussions during breakout sessions and larger keynotes at its Build developer conference.

Also likely to be discussed at any such Windows event is Windows 10X, which is the new lightweight flavor of Windows 10 rumored for new devices only. An event putting a focus on Windows 10X could help Microsoft take on Chromebooks and further boost Microsoft’s presence in the education and enterprise markets.

As for Xbox, that news event could further elaborate on Microsoft’s plans for Xbox Game Pass, as well as Xbox Cloud Gaming. It was rumored that the Xbox Cloud Gaming could move beyond Android phones and come to Windows 10 and iOS devices via the web browser in early 2021.

With Google shutting down its own Stadia in-house game development studios, and Amazon beta testing its own Luna cloud gaming service, such an event gives Microsoft a chance to showcase its own alternatives.

The last time Microsoft held an in-person event for the media came in October of 2019. The company then announced the Surface Pro 7, Surface Duo, as well as the Surface Laptop 3. All hardware events for Microsoft since then have been virtual, but closed-door for the press only, with recordings later released on the company’s YouTube channel.

The company’s Build 2020 conference, though, was re-imagined as a digital experience, free for all to attend. Ignite 2021, the company’s annual event for developers and IT professionals has been confirmed to be all virtual as two free global virtual events. One already happened in September of last year and another one is coming in March of 2021.

With the pandemic impacting tech events like CES 2021, and beyond, it will be interesting to see how these new approaches to news events will shape Microsoft’s visions and its image among fans and consumers.