HomeNewsMake sure that private pic is only seen once when sent via...
News 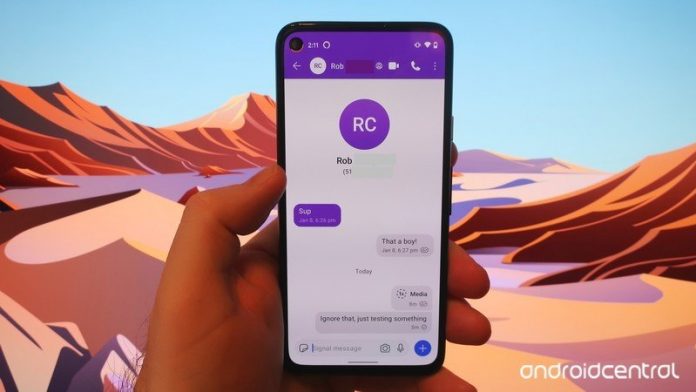 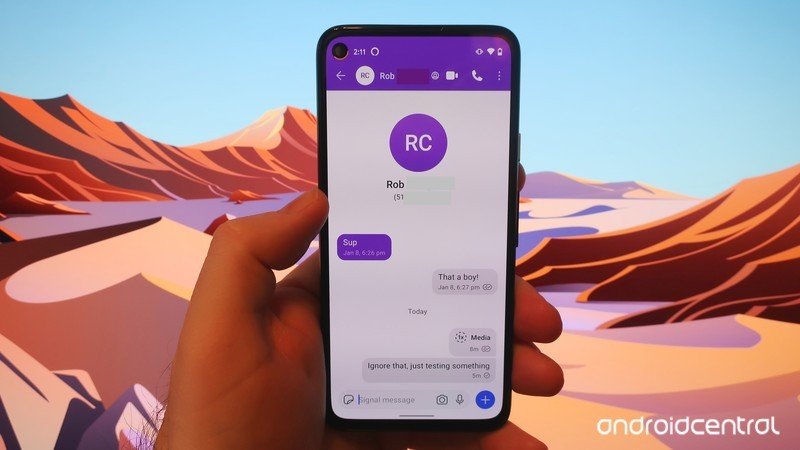 If you really care about your data’s privacy and your personal communications, you have probably considered using the Signal messaging app. Signal is available across platforms, is one of the few truly end-to-end encrypted messaging services, and is often cited as the standard-bearer for digital privacy and security. In addition to its encryption tools, Signal gives users additional granularity to protect their communications, like the ability to make their messages self-destruct. This ability is not just limited to text-based communication, however. We’ll show you how you can send disappearing images in the Signal app as well. Let’s get started.

How to send disappearing images or media in the Signal app

Open the Signal app on your phone.
Tap on an existing message thread, or tap on the pencil icon to begin a new one.

In the compose section, tap on the camera icon to take a photo or attach an existing image from your device.

In the bottom left corner, tap on the infinity symbol. This will change to a one-time mode so that your image only available to be viewed once, rather than in perpetuity.

You will now no longer see the image from your perspective, but rather a message bubble with 1x Media in it. Once the recipient taps on the 1x View Photo/Media text bubble and views the image, it will disappear on their end and be replaced with the 1x Viewed bubble. The image will be removed as an extra precaution if the recipient has not opened the message more than 30 days after it was sent.

Signal is one of our top recommendations for privacy when ranking the best messaging apps on Android. Not only are your messages always end-to-end encrypted, but you can do things like sending disappearing images or disappearing messages as well. If you are one of the millions who’ve downloaded Signal and are thinking of moving from Facebook or WhatsApp, Signal has made it easy to share new groups with your friends so that you can move your group chats over from WhatsApp to Signal.

Privacy and security are not just important software considerations, but they matter for hardware as well. Out of all the best Android phones, one of the most secure is the Samsung Galaxy S21.

Stay up to date