Is Mint Mobile the same as Ultra Mobile? 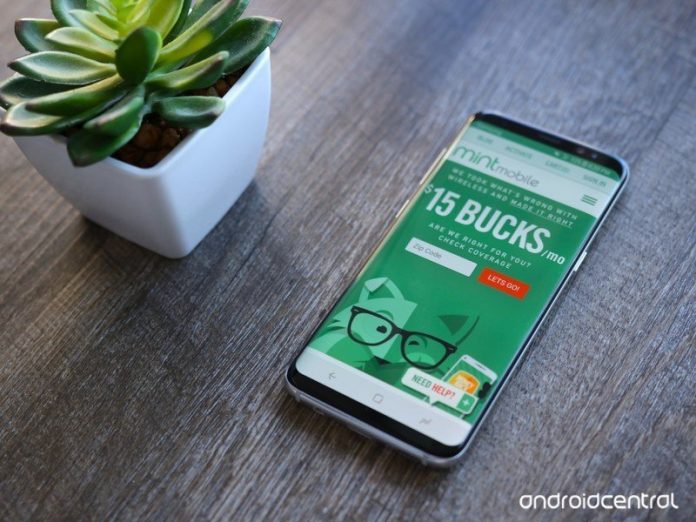 Best answer: Technically, yes. Mint Mobile is a subsidiary of Ultra Mobile, and both are MVNOs on T-Mobile’s 4G LTE and 5G network that offer a variety of prepaid plans at affordable prices.

Wait, Ultra Mobile and Mint Mobile are the same company?

Both Mint Mobile and Ultra Mobile are MVNOs on T-Mobile’s network. What most people don’t know, though, is that Ultra Mobile actually launched Mint Mobile in 2016 as a subsidiary under the name Mint SIM, which was later rebranded to Mint Mobile in 2018. Though both carriers share the same CEO, David Glickman, Mint Mobile seems to have taken off as the cooler, more innovative budget MVNO that still gets access to T-Mobile’s 4G LTE and 5G networks. Actor Ryan Reynold’s ownership stake in Mint Mobile helped with that. Since 2019, he’s become the face of the company and appears in Mint’s comical commercials.

Does that mean Mint Mobile is the same as Ultra Mobile?

A famous celebrity isn’t all that’s unique about Mint Mobile or why it’s one of the best MVNO carriers available. Unlike its parent company Ultra Mobile, Mint Mobile doesn’t have physical stores so everything is online only. And its plans offer the best value when they’re purchased in bulk, ideally 12 months at a time. Though there really isn’t a discount for having multiple lines with Mint, you do get to pick between plans with 4GB, 10GB, 15GB, or unlimited data for either three, six, or 12 months. The unlimited data plan is only $30 per month if you sign up for the whole year, which is a great deal compared to a lot of other prepaid carriers. What’s more, Mint recently increased its data limits on all plans for new and existing customers.

Mint customers are super happy we upped our data levels at no extra charge. Regarding my face, Verizon and AT&T did not react as happily… @Mintmobile pic.twitter.com/vQfnqR4mtD

Ultra Mobile, on the other hand, costs $10 more ($40 per month) for a whole year of its unlimited data plan. But it does have more data options with its single-month plans, which offer either no data, 1GB, 2GB, 5GB, 15GB, or unlimited data. You’ll have a tad more flexibility in choosing what suits you best. And Ultra Mobile’s multi-month plans at three, six, or 12 months will give you even more data for less, with the choice of either 1GB, 3GB, 6GB, or unlimited data. With each plan, you’ll get the perk of international calling to 80+ destinations and mobile hotspot data. Though Mint Mobile lets you call Mexico and Canada, every other international destination is an additional add-on.

When it comes down to performance, you won’t see much of a difference between the two since they’re technically under the same company and both use T-Mobile’s network. Both Mint Mobile’s coverage map and Ultra Mobile’s coverage map are identical. If you want to buy a phone directly from either carrier you’ll find a lot of similar options, and if you want to BYOD your phone will work with Mint Mobile or Ultra Mobile as long as its both 4G LTE and VoLTE friendly, and GSM unlocked. These are some of the best phones to use with Mint Mobile that should also work with Ultra Mobile.

A data plan for all

Multi-month or single-month, the choice is yours

Ultra Mobile offers a variety of data plans for either a single month or multiple months. It has something for everyone’s high-speed data needs, and always comes with unlimited talk and text, mobile hotspot, and international callling.

From $10/month at Ultra Mobile The best savings come in a dozen

Mint Mobile helps you save money if you sign up for 12 months at a time. With its unlimited plan, you’ll get unlimited high-speed data, hotspot data (capped at 5GB), and unlimited talk and text for only $30 per month.

From $15/month at Mint Mobile

Facebook
Twitter
Pinterest
WhatsApp
Previous articleSleep tracking on Android phones is about to get a lot better
Next articleMacRumors Giveaway: Win True Wireless Earbuds With Active Noise Cancellation From Aukey

How to pin media controls on a Chromebook

Best NordVPN deals & coupons: Save up to 68% for a limited time

Is it a big deal if the Galaxy Z Fold 3 doesn’t have an S Pen slot?