Home News I installed the Android 12 Developer Preview. It wasn’t worth it
News 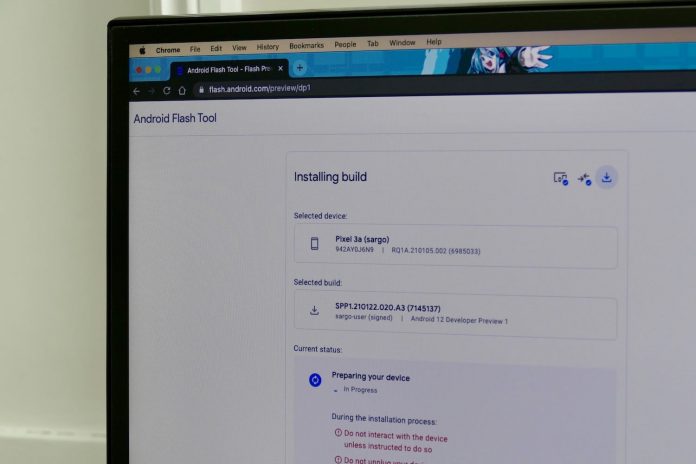 Android 12 is here, and you can install it on your Pixel phone right now. At least, that’s what you’ve read, or heard someone talk about since Google made the first version of Android 12 official this week. The call of a new Android version is hard to ignore, so should you spend a while upgrading your phone this weekend?

I decided out of curiosity that it was worth the effort, and subsequently discovered that it wasn’t worth it at all.

The key word is ‘Developer’

Google has released the first Developer Preview of Android 12. It’s not the final, public release of the software. Not even close. That will likely arrive around September — yes, we’re that far away. The Developer Preview is for app developers to try out the new APIs and frameworks in Android 12, making sure their apps meet new standards, take advantage of new features, and generally get familiar with the new version. It’s not for everyday use, even if you are a developer.

Why? The Android 12 software you install is nowhere near complete — that’s not the goal of this release — so some features may not work, and it is also a way for Google to find and squash bugs, meaning it may not be reliable. Have I put you off yet? No? Allow me to try harder. To install the first Developer Preview of Android 12 you need a Google Pixel phone — it works on the Pixel 3/3 XL and later — and the easiest way to do so is using the Android Flash Tool. But the first step of the process is unlocking your bootloader — you probably don’t know what that is, but it requires factory resetting your phone.

Yes, if you install the Preview using the Flash Tool, you will wipe all the data, apps, photos, and everything else from your phone in the process. There is a way to sideload the Preview without wiping your phone, but you need to be familiar with how to use ADB through Windows’ Command Line or MacOS’s Terminal. If you are, then why are you reading this? You’ll be fine. (And your bootloader may be unlocked already.) It’s the rest of us that don’t want to, or need to, be messing around in any of these programs.

Still convinced it’s worth the effort? Let me continue. I decided to use a Pixel 3a for Android 12 Developer Preview 1, and made sure it was charged up and ready for the installation and that Android 11 was up to date. The phone had not been used since early 2020, so there were a few updates, but one didn’t arrive until I was making my final preparations to install the new Android 12 version.

It was only 30MB, so I installed it. It then spent 40 minutes optimizing my apps and sucking up 60% of the battery. The Android Flash Tool quickly complained that it required more than the remaining 30% or so to work, so it was back to the charger with the phone. At this stage, I was about an hour into the process — unlocking the bootloader and a few other permission settings, reading the documentation on Google’s website, doing the unexpected Android 11 update, and so on — with nothing to show for it.

Fast forward another 50 minutes, and the phone is back with 90% charge. With the Pixel 3a plugged into my Mac Mini M1, I agreed to various warnings about the chaos I could unleash on my phone and data, and the software began downloading while the phone reset itself. It was 11:45 a.m. After a little mistake (really, just don’t touch the phone, even when it seemingly “instructs” you to do so), it was all done at 12:10 p.m.

Finally it was time to dig into our first look at Android 12, so what’s it like? So far, it’s a lot like Android 11, to the point I powered on my Pixel 5 to help better identify the alterations. If you get excited by the chance to more easily share a secure Wi-Fi password, or see subtle changes to the notification shade and screenshot editing tools, then, by all means, download the first Developer Preview of Android 12 on a spare phone.

If that sounds a bit underwhelming (it is), then just read about the changes. It provides the same amount of information, without the messing around. Truth is that perhaps 95% of the Android 12 Developer Preview 1’s changes are in the background, where you can’t see them. A vast majority of the interface is still Android 11. Or just unfinished.

However, I’ve been using the Pixel 3a with the Android 12 Developer Preview on it for a short time, and it appears to be working without a problem, and the apps I installed — things like Twitter, Outlook, and Instagram — are stable and seem to operate as you’d expect. So if you really can’t resist, my early experience doesn’t send up any red flags about stability. I still wouldn’t trust it as my everyday device though, just in case. And really, the amount of time it took to install Android 12 Developer Preview was mostly my fault, as the Android Flash Tool is generally very simple.

Am I glad I bothered? Yes, but only because it comes with the ability to apply future Dev Preview and Beta updates without wiping the phone, which is important for my job, in the same way that developers will welcome such easy and early access to Android 12.

Android 12 is coming, and we’re excited about many of the changes and new features it may contain. But because they aren’t really evident in this first version, I’d suggest holding off until the official public Beta in May, or the final release later in the year. It’ll still be exciting then, too.

The best chess apps for Android and iOS