Home How to How to get the Ocarina and learn all the songs in Link’s...
How to 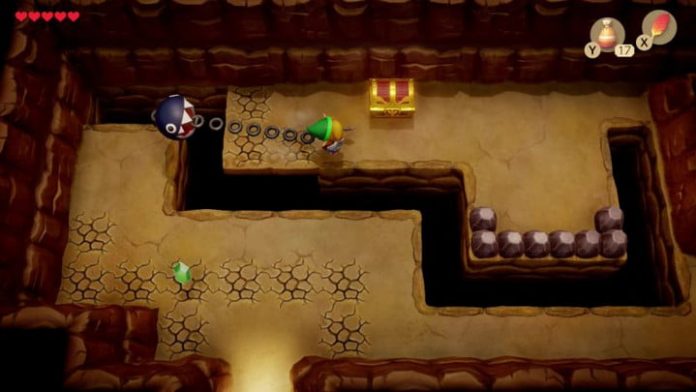 The Ocarina is a required item in The Legend of Zelda: Link’s Awakening, but it’s not too hard to skip over Link’s favorite musical instrument at first. Similar to the magnifying glass, you’ll need the Ocarina for a couple of critical story moments, but it’s mainly a very handy item for exploration. After you secure the Ocarina, you need to learn some tunes — unless you’re content with listening to Link painfully improvise on the spot.

In this guide, we’ll show you how to get the Ocarina and how to learn all the songs in The Legend of Zelda: Link’s Awakening.

How to get the Ocarina

Before you can get the Ocarina, you have to at least be past the third dungeon Key Cavern in Link’s Awakening. That’s because you need both the Power Bracelet (found in Bottle Grotto) and Pegasus Boots (found in Key Cavern and used in the color dungeon) to reach the Ocarina.

2. Head to the Dream Shrine

To get the Ocarina in Link’s Awakening, Link has to take a little nap. Head to Mabe Village. Just north of the Town Tool Shop and up the stairs, you’ll see a stone building. The building’s entrance is surrounded by boulders. Now that you have the Power Bracelet, you can lift the boulders, and Link can lie down in the bed.

Once inside, you’ll have to race around the perimeter of the room using the Pegasus Boots. The ground breaks below you, so you’re sort of in a hurry. The treasure chest on the first platform contains 100 rupees. The Ocarina is on the second platform, on a pedestal in plain view.

Now you have the Ocarina!

Where to learn the Ocarina songs

There are three songs to learn in Link’s Awakening, which we’ll detail below.

The Ballad of the Wind Fish

“The Ballad of the Wind Fish” is the first song you can learn in Link’s Awakening. Marin will teach it to you once you have the Ocarina.

Depending on where you are at in the story, she’ll either be in the Animal Village or by the Weather Vane in Mabe Village.

The second Ocarina song, “Manbo’s Mambo,” cannot be learned until you grab the Flippers in the fourth dungeon Angler’s Tunnel.

Upon leaving the dungeon, jump into the water and swim left to enter the cave. Inside you’ll find a big fish named Manbo who will teach you his catchy tune.

Manbo’s Mambo is incredibly useful, as it can be played to fast travel to unlocked warp holes across the overworld. While in a dungeon, the jingle will transport you back to the dungeon’s entrance.

The third and final Ocarina song, “Frog’s Song of Soul,” requires the Hook Shot. You get the Hook Shot in Catfish’s Maw, the fifth dungeon. After you grab the Hook Shot, head to Ukuku Prairie.

Go toward the western edge that runs along Mabe Village. If you head south, you’ll see a group of holes and a tree stump on each side.

Trendy Game is directly west of this spot. Use the Hook Shot to cross the gap. Welcome to the Signpost Maze.

Read the first sign and follow the arrow to the next. You have to keep reading the signs as directed in order to reveal a staircase.  Head down the stairs.

The frog king Mamu will offer you the chance to listen to an “unreleased cut” for 300 rupees. Give him the rupees and he’ll teach you Frog’s Song of Soul.

You’ll need Frog’s Song of Soul to revive the rooster beneath the Weather Vane in Mabe Village and to gain access to Turtle Rock, the eighth dungeon.