Home News How The Growing Market Of Mobile Apps For Schools And Universities Have...
News

How The Growing Market Of Mobile Apps For Schools And Universities Have Impacted Our Surroundings? 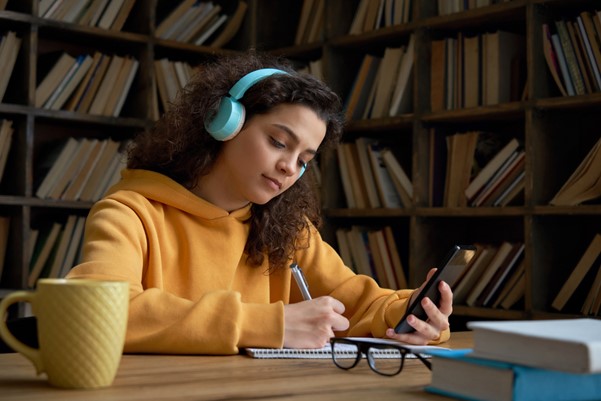 From the last few years, the new concept of mobile apps has developed its roots in our system and in our mindset. People are using all the software are willing to use in the form of apps.

Just like this the schools and universities have also adopted the concept of mobile apps and they have developed or created their own apps on which they are running their set-up and contacting or engaging with the students. Like if we give the example of the pandemic from which the world has suffered and still suffering is Covid-19.

In this circumstance, the concept of the mobile apps has gained its popularity, because of the corona the class were taking through the mobile apps and students were asked to take their classes from their homes and the best way to do this is from the usage mobile apps.

By using this idea this becomes very much easy for the students and for the teachers too, to spread the knowledge and continue the educational process without any hurdle. This thing come up as the best initiative in the coronavirus system and helped the teacher and the students.

If we say that the mobile apps performed as a bridge between teachers or schools and the students, so this sentence might not be wrong.

But how schools and universities gained benefits from this?

According to the research that has been taken on the topic of mobile app for schools, college and universities shows: –

Every individual who is using mobile, he or she used apps while using the mobile no matter app-based or created for any particular purpose, and in this way, the consumption of app goes on, but the apps which are build or created on the purpose of school, colleges and universities purpose, the usage of that apps gained very much and because of this, the need of the apps has increased. This whole online system was based on the apps that were used during covid-19.

I will tell you the benefits of apps point to point and the points are mentioned below: –

A mobile app that has been designed or created related to the material of learning means that every student will have complete access related to the learning or reading material. Apps that have been made for this purpose are created in this way that through the easy process the students can easily use the app and get the stuff that they are willing for.

From the apps, communication has become very much easy for everyone.

From the apps on which everyone is connected and the message that has been sent by the teacher or student related to the anything, and that message gets received by everyone in seconds and by this the app has become a very easy and very useful medium to use.

Experience Of The Classroom Has Increased: –

In this situation, a new set has been set up which I will define in points: –

But how this usage is linked with the growing market of a mobile app?

After the usage of app internet and the need for an app has increased, so many companies started to build an app based on the particular propose. There are two software running on which the apps work.

Android and IOS, they are a big competitor of each other too. There are two types of apps available to download, and the types are: –

People download these both apps and then use the features that are available in that app. This two software provide app based on the free and paid and that apps are based on different purposes.

The percentage of usage shows that how much app does the people use: –

A survey conducted during the pandemic and it shows how much the importance and usage of the apps have increased in the time of corona.

Apps are now becoming the most important tool, in every field because of apps the thing or the process of work has become easier, and this is the basic reason for the growing market of the app and as much as the systems will convert to apps, the apps market will continue to grow.