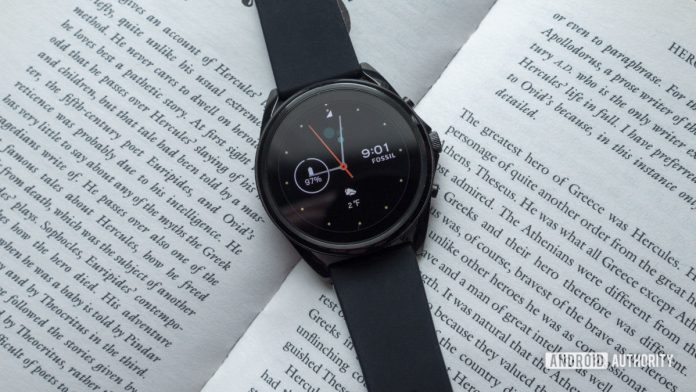 We’ve been singing the praises of the Fossil Gen 5 smartwatch since its release in 2019. At launch, we had a few complaints about the watch, one of which was its lack of LTE connectivity. It took a few years, but Fossil has finally launched a new version of its flagship smartwatch with the ability to connect to a mobile network. This is Android Authority’s Fossil Gen 5 LTE review.

What you need to know about the Fossil Gen 5 LTE

The Fossil Gen 5 LTE is a Wear OS smartwatch that’s nearly identical to the company’s Gen 5 smartwatches that debuted in 2019. It’s a little bigger and has slightly different software, but for the most part the new watch is cut from the same cloth.

Instead of releasing an all-new Fossil Gen 6 with LTE, the company opted for the tried-and-true Gen 5 series to debut LTE connectivity. But now that the Gen 5 platform is a few years old, was this the right move? 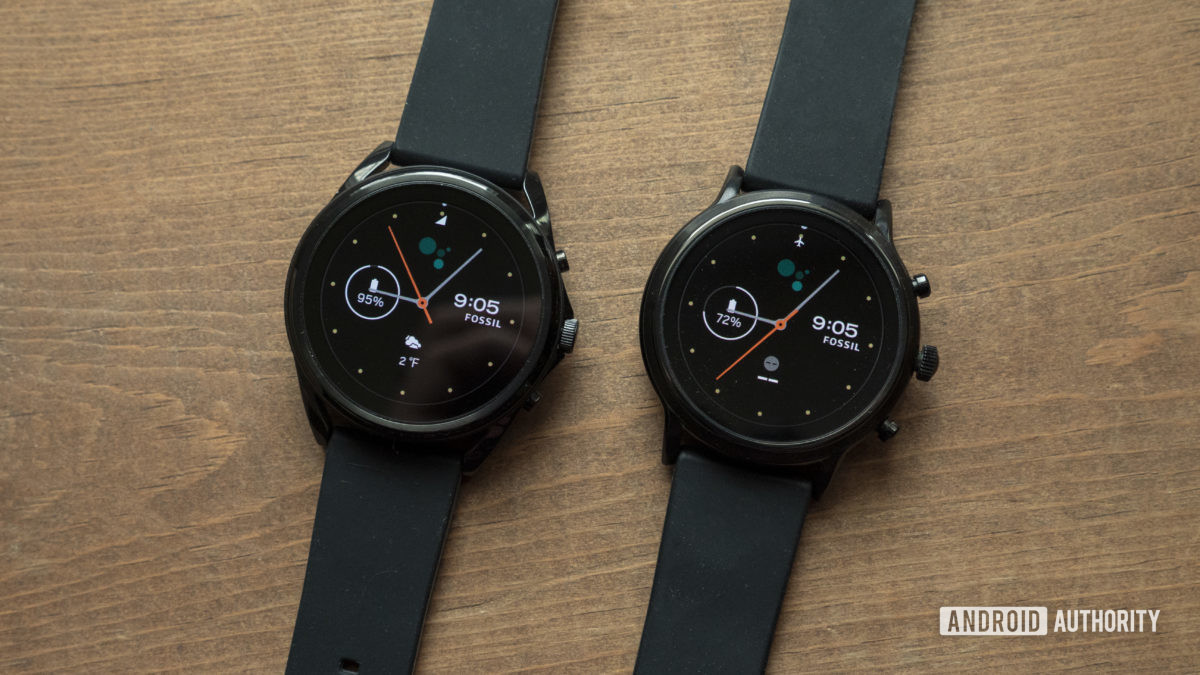 There are minimal differences between the Fossil Gen 5 LTE and the standard Gen 5, but there are some. Most of them have to do with cellular connectivity.

We’ll start with the big one: the Fossil Gen 5 LTE is compatible with Verizon’s 4G network using the carrier’s Number Share program. This lets you use your existing Verizon line on your watch, meaning you don’t need to use different phone numbers on your watch and your phone. The Fossil Gen 5 that launched in 2019 does not have cellular capabilities, though both models come with Bluetooth and Wi-Fi. You can still make and receive phone calls on the older Gen 5 as long as it’s connected to a nearby smartphone.

See also: The best smartwatch deals we could find

The Fossil Gen 5 LTE is only available on Verizon’s network in the US. At this time, you can’t buy the watch in any other regions. Fossil says it will launch the watch in other countries later this year.

iOS users will be sad to hear that the Fossil Gen 5 LTE is not compatible with iPhones. Fossil says it’s working to bring iOS support to the watch, though it does not yet have a timeframe for that feature. In contrast, the older Gen 5 can be used with Android and iOS devices. 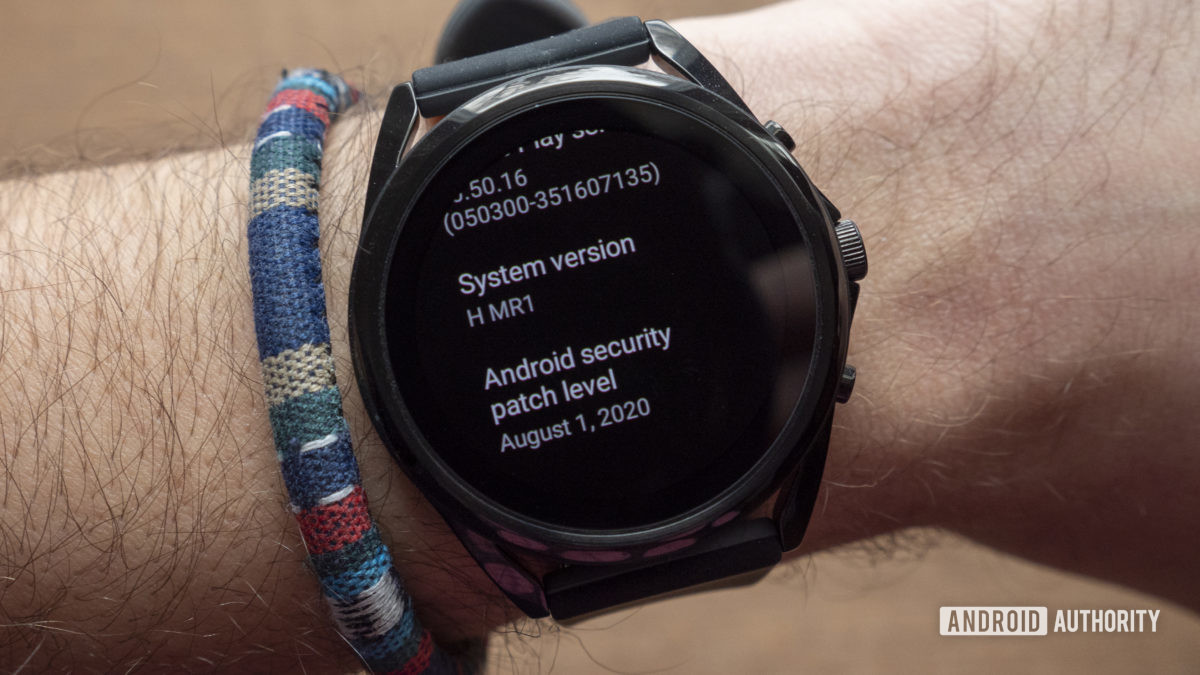 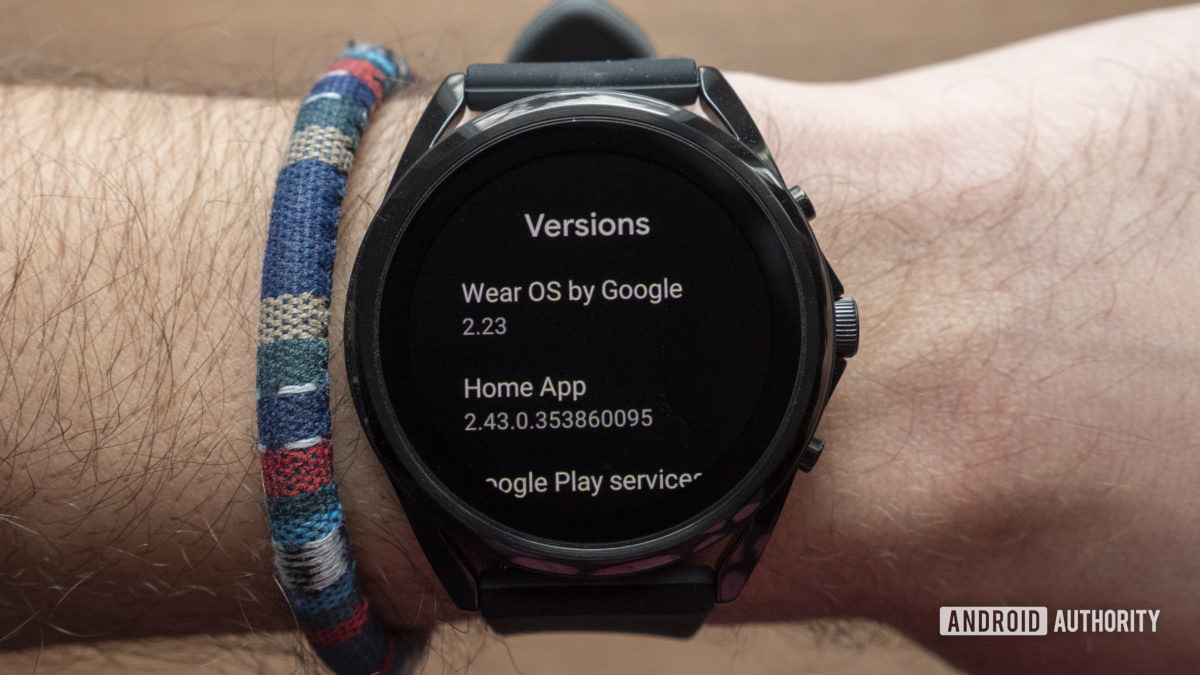 There are also a few software differences between the two watches, some of which may be concerning. Fossil is launching the Gen 5 LTE without the most recent software update that rolled out in August 2020. At launch, the Gen 5 LTE does not have access to Fossil’s new wellness app, VO2 max estimates, native sleep tracking, or enhanced custom battery modes. The standard Gen 5 received this update last year.

This points to a potentially concerning difference between the two: will the Gen 5 LTE always be behind the Gen 5 with regular software updates? What about security patches? Or are these software differences a launch day fluke that we won’t see again? Fossil is usually quick to issue notable software updates to its watches, so we’ll give the company the benefit of the doubt here. When asked about its update schedule plans, Fossil told Android Authority:

… Gen 5 LTE does not have the new Gen 5 software updates that rolled out in August of last year. Our teams hope to implement these exciting innovations soon into our newest smartwatch, but we cannot confirm specific timing now. For future update rollout cadence, our goal is to always provide the best smartwatch experience including software updates to all relevant models. 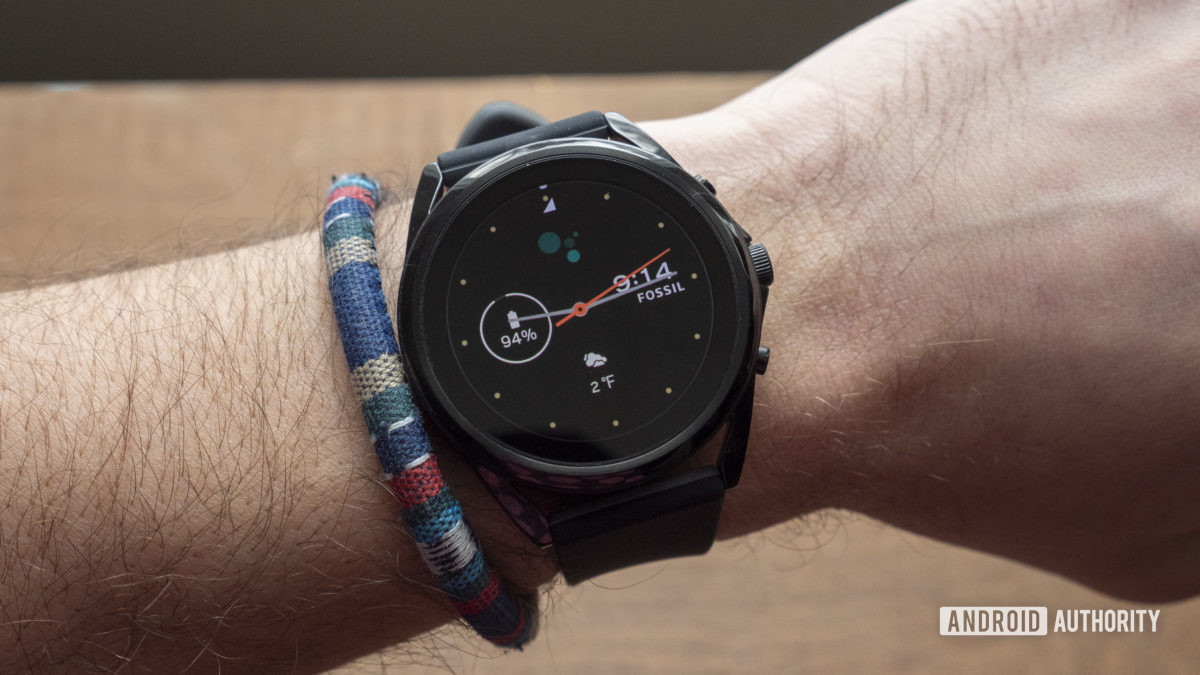 The Gen 5 LTE shares many of the same design elements as my Gen 5 Carlyle watch. While there are differences, you’ll probably like one if you like the other. The lugs are more angled on the Gen 5 LTE, and the lugs on the right side of the case extend to the rotatable home button. The two also feel nearly identical on the wrist. Both watches are heavy, though.

The two Fossil Gen 5s have more similarities than they do differences. They both have the same crisp AMOLED displays, the same 45mm case size, 310mAh batteries, 8GB of onboard storage, built-in GPS, and optical heart rate sensors. They’re also running on the same Snapdragon Wear 3100 SoCs with 1GB of RAM (more on this later). To learn more about the watch’s fitness tracking capabilities, be sure to check out our original Fossil Gen 5 review.

Also read: The best fitness trackers you can buy

Do the new features perform well? 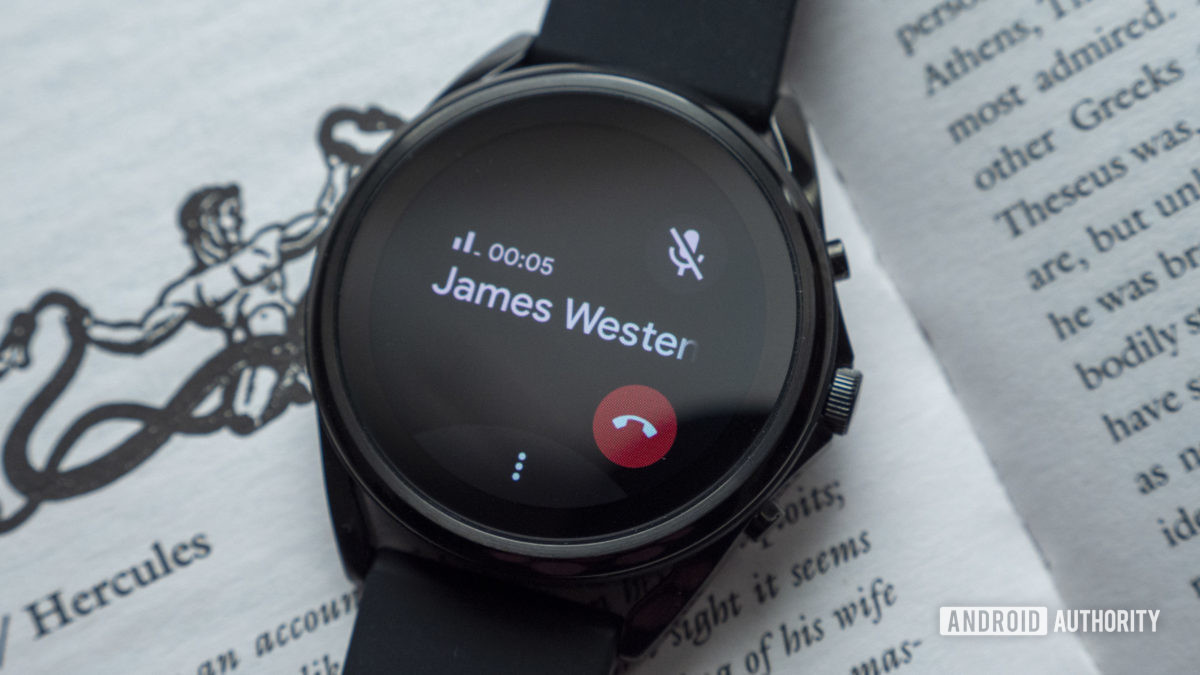 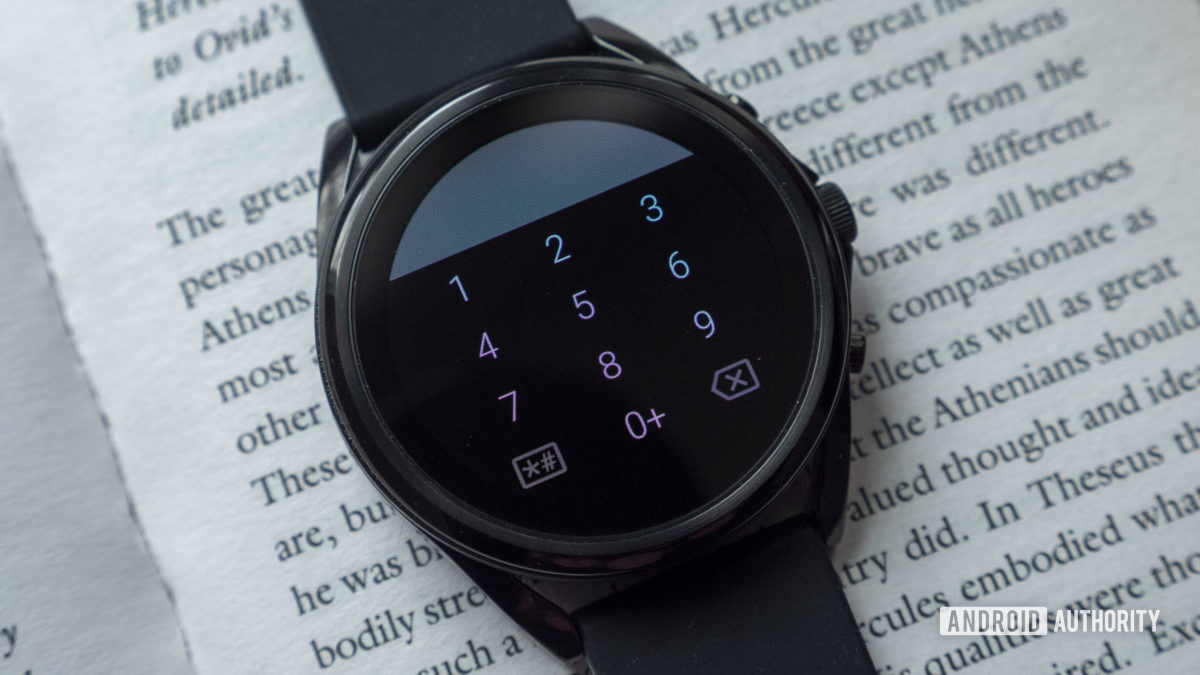 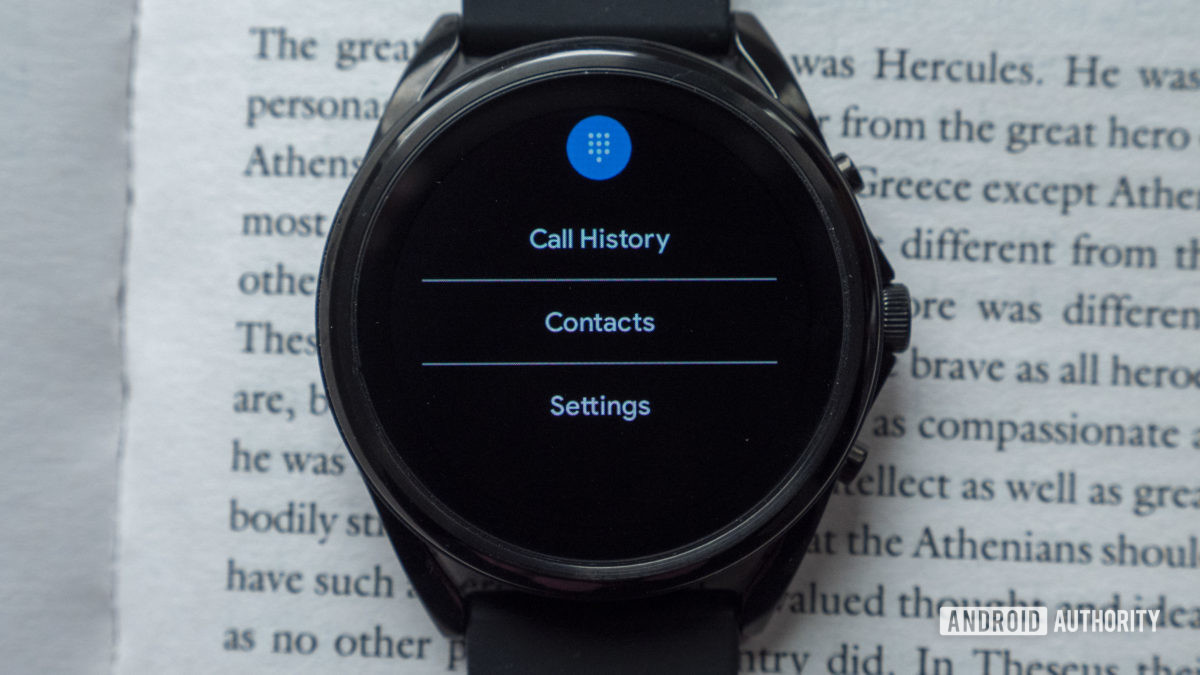 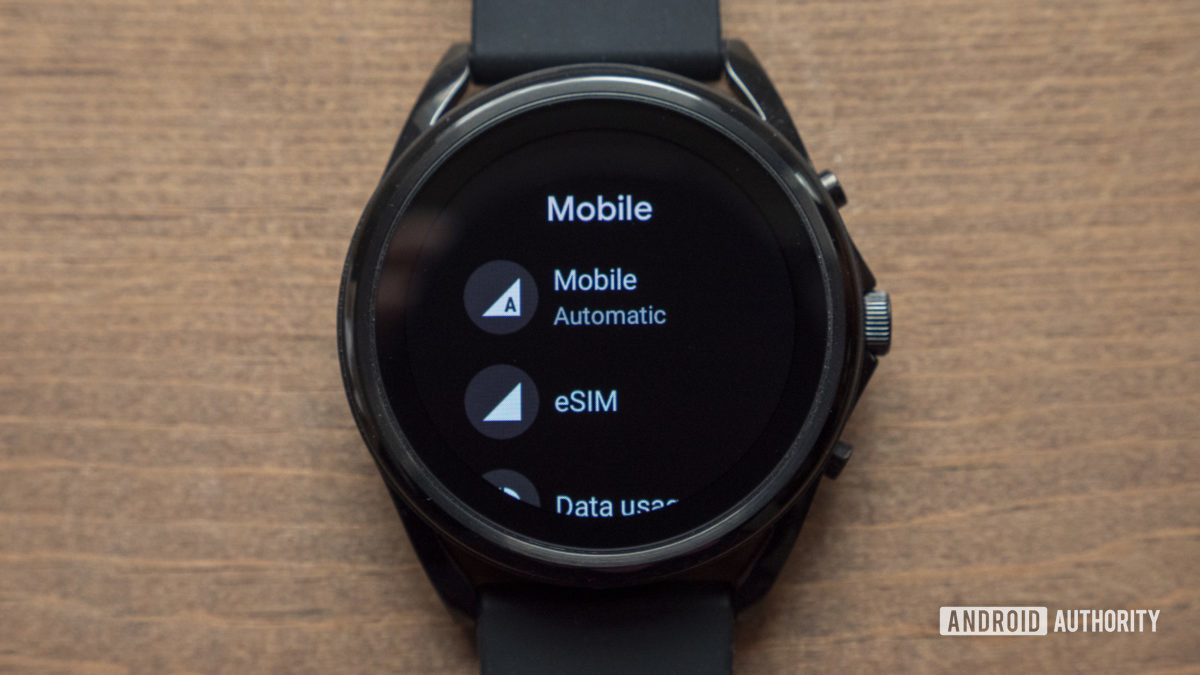 Yes, for the most part. Cellular connectivity with Verizon’s 4G network has been reliable in my testing. Phone calls are about as crisp as you’d expect from a smartwatch. My wife told me it sounded like “a step down” from talking with her on a smartphone, but overall, call quality was acceptable.

Talking to someone through your smartwatch can be awkward. Most of the time I held the watch up to my mouth to talk, but my wife also said she could still hear me when I rested my wrist on the arm of my chair — though I sounded slightly quieter.

Also, texts and emails came through reliably when I was only connected to Verizon’s network and disconnected from Bluetooth and Wi-Fi.

What could use some work 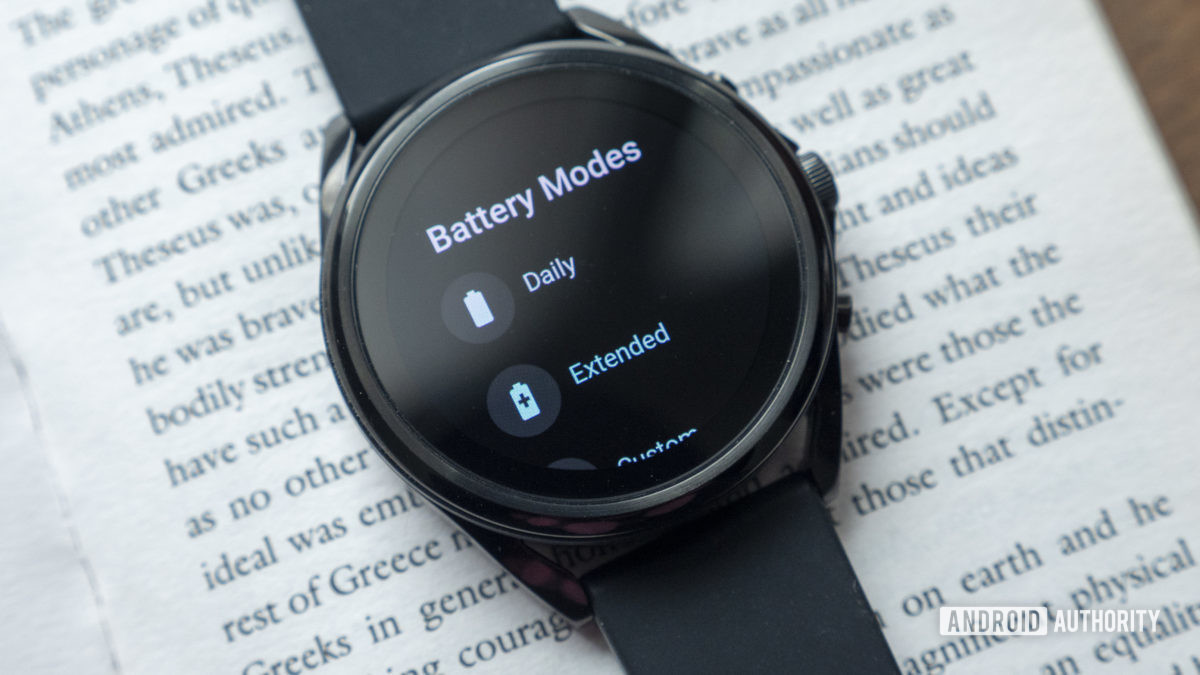 Battery life is fine, but not great. The Fossil Gen 5 LTE will last you all day, but you’ll likely need to put it on the charger on the second day if you’re a heavy user. With my typical usage, I averaged about 1.5 days on a single charge. That’s with LTE, Wi-Fi, and Bluetooth connections turn on, as well as the always-on display active and tilt-to-wake turned off.

Calling through Verizon’s network does use up some battery life, though. A 10-minute phone call took around 6% of the watch’s battery. If you’re planning on talking on the phone longer than that, consider taking a charger with you.

Battery life is fine, but bring a charger if you want to take long phone calls.

That warning extends to exercise, too. A ~30-minute treadmill run took around 5% of the watch’s battery. Expect it to use even more battery than that if you’re exercising outside with a GPS connection.

Fossil’s custom battery modes are a blessing for battery life. Where Google continues to, um, disregard Wear OS’ battery issues on a system level, Fossil’s watches allow you to turn on and off certain sensors depending on your usage. Personally, I don’t use Google Pay on my watch, so I have NFC turned off at all times. 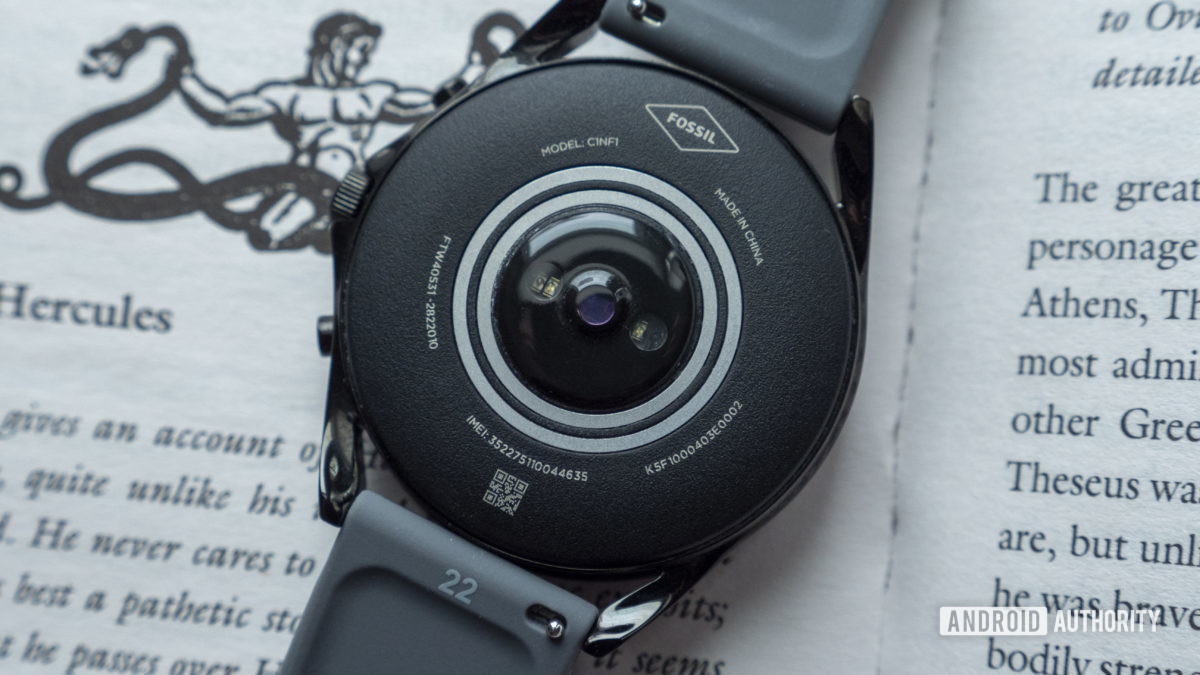 I’ll also point out performance here — not because it’s an issue now, but because it could be. So far, the Fossil Gen 5 LTE has run smoothly; apps open quickly and Google Assistant voice commands are quick to recognize audio prompts.

I can’t really say the same thing for the older Fossil Gen 5. Over time, the watch has slowed down a hair. It’s not detrimental to the overall experience, but it is noticeable. Remember, Fossil opted to add LTE to its 1.5-year-old Gen 5 smartwatch instead of going for the newer Qualcomm Snapdragon Wear 4100 SoC.

For most people, I don’t foresee that being a problem. But for those of us who know how well the 4100-powered TicWatch Pro 3 performs, there is a little tech envy going on. Whether you want to invest this much money in an aging chipset will ultimately be your call.

The Fossil Gen 5 LTE is only available in the United States through Verizon, though you can also purchase it outright from Fossil.com. The watch costs $349 full retail or $14.54/month for 24 months through Verizon. Remember, you’ll also need an LTE connection for your watch, which means you’ll pay an extra fee every month on your Verizon bill.

The Fossil Gen 5 LTE takes one of our favorite Wear OS smartwatches and adds cellular connectivity. If you’re an Android user on Verizon, you’ll want to check this watch out.

The Fossil Gen 5 LTE’s main competitor in the US is the Samsung Galaxy Watch 3 with LTE. It’s expensive, but we’re big fans of Samsung’s latest flagship smartwatch. This watch is also compatible with Verizon, AT&T, and T-Mobile networks.

Since iOS users can’t use the new Fossil smartwatch anyway, their best option is the stellar Apple Watch Series 6 with LTE.

There are some variables that you should seriously consider before dropping $350, though. Are you okay with the state of Wear OS? Are you fine with buying a new watch that’s running older hardware? And above all else, are you an Android user and a Verizon customer? If you answered yes to all those questions, the Fossil Gen 5 LTE might be a good option for you. For everyone else, be sure to check out the Samsung Galaxy Watch 3.

For more reviews from Android Authority, sign up below to receive all of the latest device testing and analysis straight into your inbox.