Bluetooth audio smartglasses are a waste of space on your face 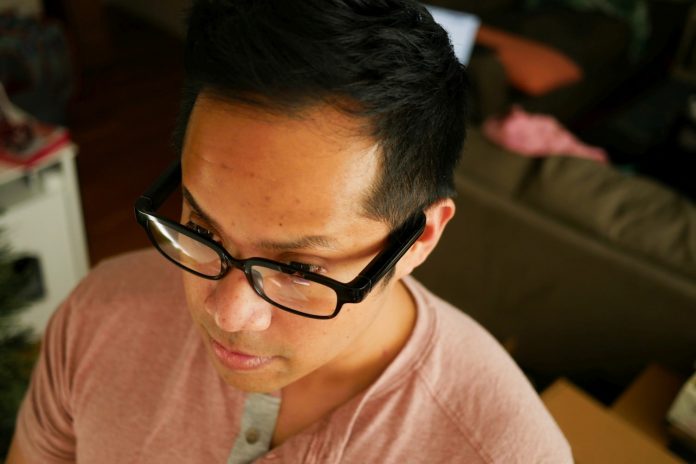 I wear spectacles every day to see clearly, and wearables have long been an area of modern tech I find very interesting. Therefore, I should be excited about the current influx of audio “smartglasses” that are hitting the market in surprising numbers.

Indeed, I was excited about them, until I tried some out. If you’re also eager to upgrade your face gear, there’s something you should know: The idea of audio smartglasses is much more appealing than the reality.

What are Bluetooth audio smartglasses?

Smart eyewear is exciting. Google Glass is one of my all-time favorite tech products, I bought the first Snapchat Spectacles to give them a try (and gave them away when I found they were mostly rubbish), and I was very disappointed when North’s Focals (R.I.P.) weren’t officially released in the U.K., which prevented me from buying a pair. However, current smartglasses have little to do with any of those products. None have built-in cameras or screens, which in some ways is a plus: It immediately negates most privacy concerns, lowers the cost, lessens battery draw, and ensures the design is kept relatively simple.

They’re also nothing like past smart eyewear that was designed for either the workplace or a niche pursuit. For example, Solos are made for cyclists, and the Epson Moverio range are for business applications. Other unusual smartglasses have also been seen over the years, such as the Smith Lowdown Focus, which had technology inside to measure your brain wave activity. The latest wave of smartglasses are sadly nowhere near as innovative.

Instead, today’s smartglasses draw on the true wireless earbud trend by putting speakers on your face, thus keeping your hands and ears free at all times. Most also include integration with a virtual assistant, come as either sunglasses or with the option to add prescription lenses, and are offered in a handful of different styles. They all look like glasses, just bigger and thicker.

Look into the advertising and there are some bold claims about what these products will do for you. Bose says that “Audio Bluetooth sunglasses are what your life is missing,” while Aether says its product provides a “next-gen listening experience.” Fauna writes that its smartglasses “look like glasses, sound like wow!” It’s hard not to be sucked in to what at first glance seems like a really cool product based on statements like these.

How many are there?

Think there are only a few pairs available? Prepare to be surprised, as there are lots. The Bose Frames are probably one of the best known of the latest influx of smart eyewear, followed by Amazon’s Echo Frames (which have had two generations now), and Huawei’s Eyewear II models. Then we have the Fauna smartglasses, Vue glasses, Aether’s audio eyewear, GlassesUSA’s Revel Tune, the WGP TWS Audio Sunglasses, and the Mutrics GB-30. This is just a small selection — there are many more cheaper products on eBay and Amazon, and even more, like the Lucyd Loud, are still hitting crowdfunding sites. 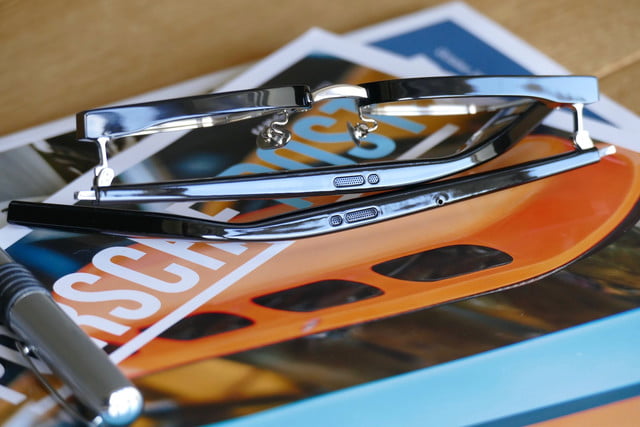 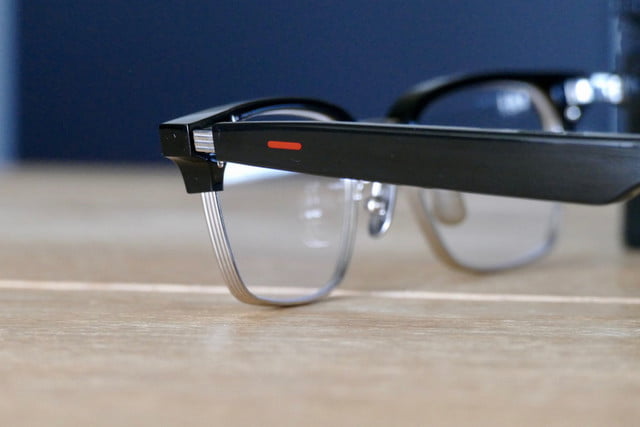 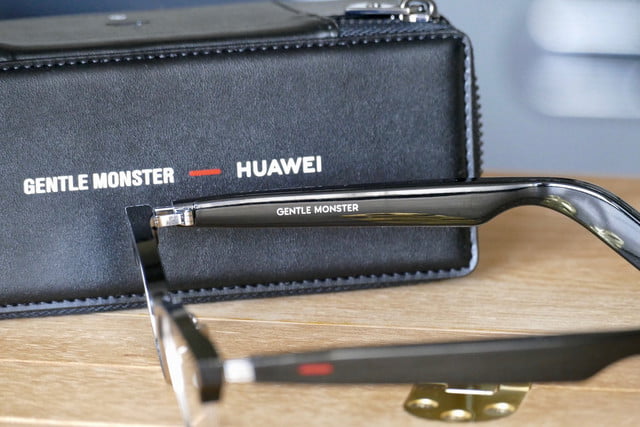 The world is clearly not short of a pair of audio smartglasses, despite it being a relatively recent and decidedly niche product. The availability is there, so should the world be paying attention to them? Regardless of what the gushing statements on the product websites say, expectations really need to be kept in check if you do decide to try out a pair, and I’d suggest a good pair of true wireless earbuds should be your first choice before putting down any money on smartglasses.

Design, and annoying people nearby

Almost all the Bluetooth audio smartglasses you can buy at the moment suffer from very similar problems. I’ve not tried all these products — I have checked out the Bose Frames, the Huawei Eyewear II, and the Fauna smartglasses — but I don’t really need to, as the spec sheets and functionality are broadly identical, and the primary issues have nothing to do with how they operate.

Probably the hardest problem to overcome is the lack of varied design, and how we try them on. Spectacles, whether they’re prescription or sunglasses, need to suit your face. It’s impossible for companies making Bluetooth audio smartglasses to offer a truly expansive choice of designs, which means the one you choose will almost certainly be a compromise — close to what you really want, at best.

If you decide a pair looks good, you’ll have to buy them and try them on at home, then decide if they make you look ridiculous, or if they’re uncomfortable. All are heavier than non-smartglasses, and have different proportions, too, such as oversized arms. The three I tried were not comfortable enough for me to wear for more than a couple of hours at the most. If you don’t like them, you have to send them back and wait to get your money back.

The buying process overall is a bit of a pain, and when you start to examine the features on offer, the extra effort is arguably not worth it — especially when a pair of true wireless earbuds isn’t anywhere near as complicated a buying decision.

What about the sound?

Providing a wide range of choice is not something most of these companies will be able to do, so they opt for generic shapes that suit most faces. Let’s say you’re one of the lucky ones who looks like the models on the websites, chosen because they perfectly suit the glasses, how do the glasses sound? 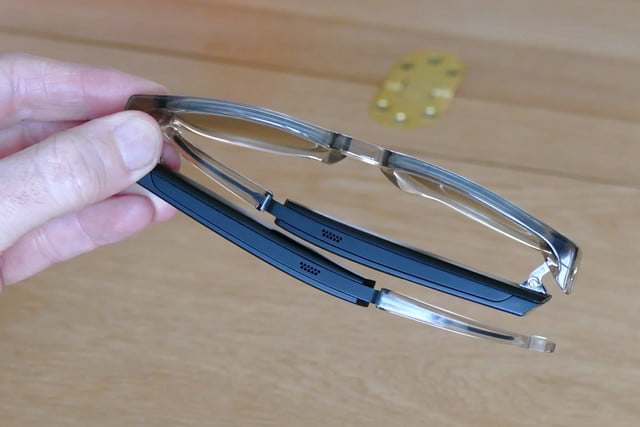 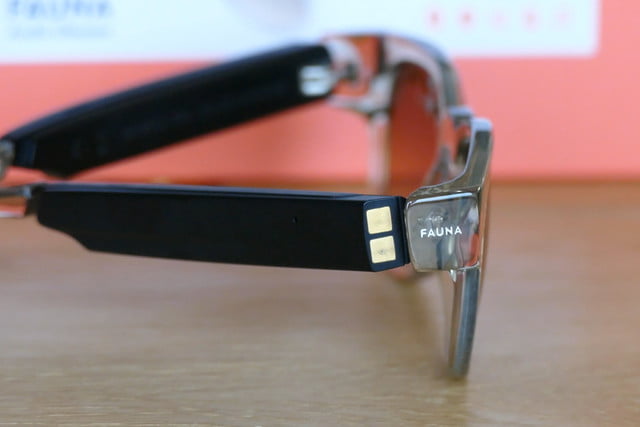 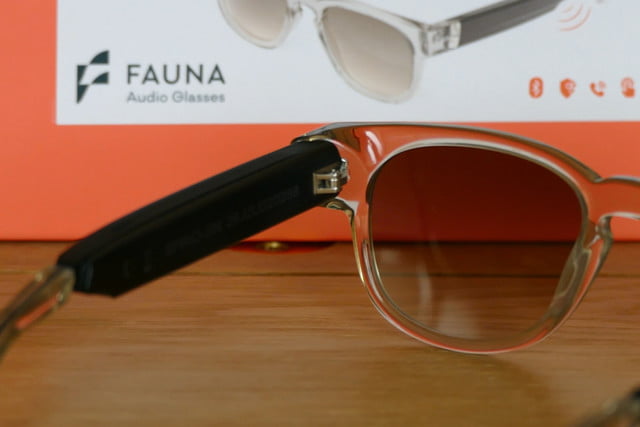 The majority do not use bone-conducting speakers, so the sound is pumped into the air around your ears, which means sound leakage and absolutely no sound isolation. The three models I tried all leaked some sound, and were impossible to hear in moderately loud environments. The Bose Frames were probably the best at containing the sound, with the Huawei Eyewear II close behind, but the Fauna were terrible. They let everyone around you hear everything that’s being played through them, including what the other person on a call is saying. It’s like making a speakerphone call held out in front of you — except, for all audio, not just calls.

Audio quality in the pairs I’ve tried has been average at best, and not nearly as good as you’ll get from a pair of true wireless earbuds, even if those earbuds don’t cost very much. I preferred listening to spoken word rather than music on them, as all were afflicted by a lack of bass and some distortion at higher volumes. It simply wasn’t a pleasant enough listening experience for me to treat them as my primary headphones.

Bluetooth audio smartglasses play music, let you make and receive calls, and interact with a virtual assistant. That’s about it when it comes to functionality, outside of bizarre features like the Fauna’s “motivational” reminders, and considering the audio experience is hardly outstanding, it’s not enough. None provide activity tracking of any kind, unlike the Jins Meme smartglasses seen a few years ago, and none have the cool connected features like the now-deceased North Focals.

You’ve got to really love the design, and have something against a pair of true wireless earbuds, to consider a pair.

Without any additional tech-related reasons to buy, you’ve got to really love the design, and have something against a pair of true wireless earbuds, to consider a pair. After all, my hands are similarly free to do other stuff, and my ears are unblocked enough to hear my surroundings when wearing AirPods, or when using the ambient sound mode found on most pairs of true wireless earbuds today.

All is not lost, of course. It’s still early days in wearable tech generally, and smartglasses will eventually benefit from further miniaturization of components, advancements in battery tech, and cheaper and more nonintrusive displays, all of which will help increase functionality and comfort. I want the tech to succeed, as my glasses are decidedly non-smart at the moment, and I’d also be happy to have my mind changed by one of the pairs with bone-conduction audio I haven’t tried yet.

All of this brings us to the uncomfortable truth about Bluetooth audio smartglasses. The additional weight, potentially uncomfortable fit, and the need to charge them regularly means they’ll likely never be your only pair of glasses. Additionally, the average sound and lack of isolation means they won’t be your only pair of headphones either. Add an effort-laden buying process, and the reasons to buy quickly run out. The current generation of smart audio glasses are a gimmick at best.

Bluetooth audio smartglasses are a waste of space on your face

The best Presidents Day smartphone sales and deals for 2021