HomeNewsApple Music Launches New 'Behind the Songs' Hub Focusing on Songwriters and...
News 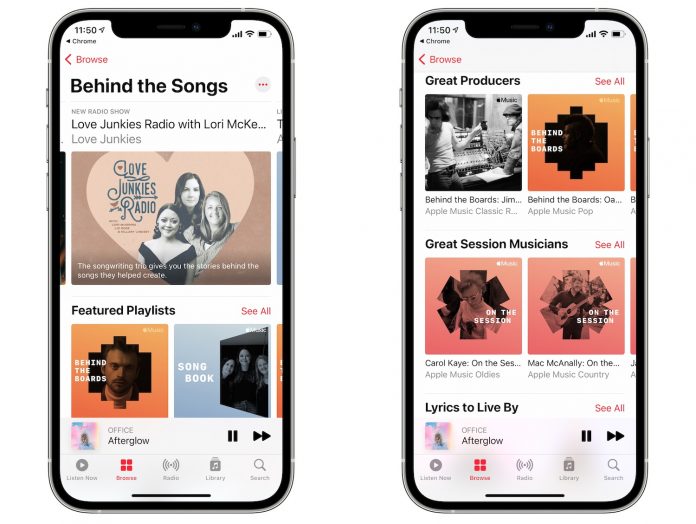 Apple today is rolling out a new hub focused on songwriters, producers, and session musicians. Similar to previous content hubs, “Behind the Songs” is a curated collection of playlists, videos, interviews, and radio shows (via Engadget).

You can find the hub by searching “songwriter” or “songwriters” in Apple Music, although it does still appear to be rolling out and isn’t yet available to all users.

In the hub, ‌Apple Music‌ is highlighting its existing playlists like “Song Book” and “Behind the Boards,” which are made to showcase specific songwriters and producers in popular music. A series of videos called “Lyrics to Live By” has artists like Dua Lipa and Halsey discussing some of their own songwriting.

Apple’s new hub follows a few months after Spotify debuted its own songwriter-focused section, which elevates the people who write and produce the music in every playlist.Tag: Apple Music
This article, “Apple Music Launches New ‘Behind the Songs’ Hub Focusing on Songwriters and Producers” first appeared on MacRumors.com