HomeNewsApple Facing Antitrust Probe Over 'Sign in With Apple' and Other Developer...
News 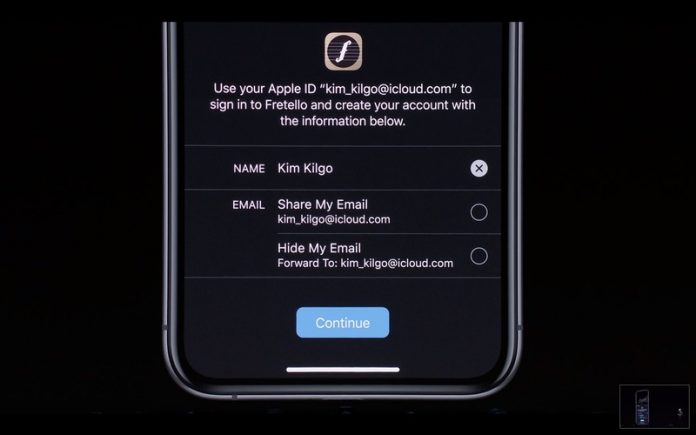 The U.S. Department of Justice is investigating complaints from developers over Apple’s “Sign in with Apple” option, reports The Information.

Introduced in iOS 13, ‌Sign in with Apple‌ is a privacy-focused login option that lets users opt to sign in to an app with their Apple ID, without the need to create a username or share an email address with developers.

Apple requires all App Store apps that offer Google, Facebook, and Twitter sign-in options to also provide a ‌Sign in with Apple‌ alternative (with exceptions for apps that exclusively use third-party accounts like Gmail and Tweetbot), which some developers are unhappy with.

Developers complaints filed last summer are now being investigated by U.S. antitrust regulators, according to sources that spoke to The Information. The U.S. DoJ is looking into how Apple uses its sign-in button and “other ‌App Store‌ rules that make it difficult for users to switch to a rival device maker.”

The probe is examining Apple’s control over the ‌App Store‌, the fees that it charges developers, and complaints on restrictions on location tracking and other forms of tracking that Apple’s own apps are not subject to.

Apple spokesman Fred Sainz declined to comment on the antitrust investigation when queried by The Information, but said that the Sign in With Apple feature is designed to give customers a privacy-focused alternative to sign in options provided by other companies.

The Department of Justice has not yet decided whether to sue Apple, and that decision could take months. Facebook and Google are also facing antitrust investigations, and lawsuits have already been filed against them.

The committee released a 450 page report highlighting CEO interviews, over 1.3 million documents, and findings from hearings with app developers. The report recommended new antitrust laws after concluding that Apple had a monopoly over the distribution of software apps on iOS devices.

Apple is also facing antitrust investigations from in the European Union,Australia, Russia, Germany, and Italy, and has been fined by France and South Korea.Tags: App Store, theinformation.com, antitrust, Apple Developer Program, Sign in with Apple
This article, “Apple Facing Antitrust Probe Over ‘Sign in With Apple’ and Other Developer Complaints” first appeared on MacRumors.com