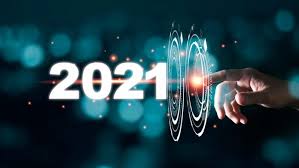 As we’re living in the technology world, we have got more used to it rather than without it. The people who live now don’t know very well about before the era where there was no technology to be found. The devices and technologies became a part of human life just as it is like a part of our body. These things made the world very smaller to the human as they have it in their palm. As people’s needs or purposes increase, the devices and technologies evolve more and more.

Now let’s see what software development is? How does it work? And what are the trends going on? in detail as we go through this article so that there will be some clarity towards the latest trend applicable to us.

Software development is nothing but the process of creating, implementing, and maintaining an application/website/app broadly, and it is a continuous process where it is documented for the stability of an application which the user uses for themselves, either it may be for personal or business purpose.

Now let me explain how this made changes through the technologies which emerge every time based on human needs. The most trending Software Development are listed below:

Blockchain technology is something where the data are decentralized and changed into an analog form where its original form can’t be defined. The cryptographic coins( called Bitcoin) are used in the stock market where the money is not kept, but the Bitcoin is kept and shared with a group of people. The file which is shared with others without being copied or transferred but instead distributed so that all can use it. This technology made the stock market and other areas easier for transferring with any threads.

As everybody knows, a robot with certain senses, memory to store everything, intelligent than humans, and able to do the human’s work way better than him is known as Artificial Intelligence.

The Alexa from Amazon, Google Home from Google is one of the generations of AI. since this technology can reply to humans to a certain point and help them. Hence, they come under the 2nd or 3rd generation, I suppose. Nowadays, everything is getting replaced by robots, from the vacuum cleaner to friendly person-like for humans.

Big Data technology is another one where a large set of data is collected and done with it through analysis and extracts it to the desired output. The traditional data extraction way is replaced by Big data as data gets increased in more than millions day by day. So, processing such data will be tedious for us. So this technology allows users to analyze. A process also extracts the data in such a way we need it to be. An example of big data is Social media sites.

Cloud computing technology made a drastic change in the current technology world as its concept is different from what the user saw until today. This technology made the transferring and usability process very easy. I mean data being transferred from one place to another and utilization of hardware and software for this process are made very easy to do. This technology does hold all data in one place and either stores or transfers them where the user wants it to be and can get it back from anywhere. As well the hardware and software to do this process also gives us which pays more money and has it for ourselves.

Because of the Internet, we are not standing in any queue for anything, I suppose. The ticket vending machine is one of the best examples of IoT. Also, the cars which are accessible using the mobile when it is connected with it, and we can see maps, hear songs and do some more things using the Internet. Data is transferred easily because of Internet technology, as this was the first to emerge to have this idea.

This technology is popular nowadays as it is one kind of application software which is mainly built for compatibility with standard web browsers rather than downloading it as an application in our system. It is for the web browser platform. One example is Microsoft Office which we can directly access in our browser instead of downloading it into our system. The files will be saved in drives. The applications which we used to download and use now we can now use directly as they have written in simple language that we can access easily in our web browser itself.

This is a technology where most of the apps that were compatible only in Android mobiles now were made available for all versions of operating systems such as Mac, Windows, Android, iPhone, iPad, etc. This technology helps the user as they can use their desired app on any smartphone no need to buy specific mobile for certain apps. With the idea of app development, cross-platform technology has evolved very well because of the technology.

So finally, I say these are trendy in 2021, and more and more are emerging as human needs are increasing day by day, so if you need articles about the latest software, you can always find them. In 2022, I bet the trends in Software development will double the present year.

How to get started streaming with your PS4 or PS5

Patch 2.2 is huge for League of Legends: Wild Rift. Here’s what’s in store