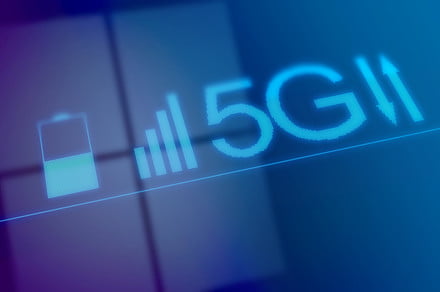 Now that Verizon has officially launched nationwide coverage for its 5G network — the last of the major carriers to do so — the new era of cellular networks has finally arrived. The increased speeds, reduced latency, and ready availability of 5G have huge implications in the growth of the smart home industry for a variety of reasons, but it ultimately boils down to this: 5G makes the smart home smarter.

Most people recognize 5G for its blazing speeds, but the network is more than just fast. The reason lies in its architecture. While 5G is fast (in some cases, 100 times faster than 4G), it is also more efficient. It uses “high-band” frequencies. Asan example, imagine a squiggly line (or a waveform.) Longer lines with more shallow peaks are considered low-to-midrange frequencies. These travel farther and handle obstacles like walls better, but carry less information.

On the other hand, high-band frequencies can be imagined like a short line with high peaks and low valleys. This type of frequency carries a tremendous amount of information, but is often stopped by walls and obstacles. Older networks only used low and midrange bands, which limited their speed.

The reason 5G is so versatile is because it makes use of all available mediums. This allows many more users on the same network than before — it might even make it possible to make a phone call anywhere in New York City at New Year’s.

So how does 5G benefit smart home users?

Anyone with a smart home security system knows the knot that forms in your stomach when you receive an alert and you aren’t at home. You open the app on your phone, but it takes several seconds before the image appears — and sometimes you have to restart the app before you can view the livestream.

Seconds do matter, especially if the alert is because of a home intruder. What 5G does is provide users with faster service and less latency. The video will initially load faster and update more smoothly over a 5G connection than it does on current 4G or LTE networks.

It also provides less latency: 5G has a theoretical response time of only one to two milliseconds, rather than the average latency of 50 milliseconds on a 4G network. This means real-time communication will be faster and more accurate, whether you’re talking to a delivery person through a smart doorbell or telling a pet to get off the sofa through a security camera. Currently, the delay with video transmission on security cameras can sometimes make for challenging conversations.

The improved latency also applies to motion sensors. Have you ever triggered a sensor and received a notification several seconds after the fact? In some cases, you might not receive an alert for 10 to 15 seconds. What 5G will do is reduce the amount of time between when a sensor triggers and when your mobile device receives the notice.

The past year has been one of physical distance, but people have kept in touch through video calls. Many of those calls originate from a smart device like the Amazon Echo Show or Google Nest Hub Max — but are answered by someone on a mobile device.

This can result in less-than-reliable chats and calls. When you’re trying to stay in touch with family and friends, that’s the last thing you want. Just as 5G reduces latency and increases efficiency with smart security devices, it can also streamline calls to family and friends.

Anyone on a 5G network will have a better connection on a video call, which means a better image, clearer audio, fewer delays, and and an overall better experience.

When you open the Alexa app and turn on the lights in your home, it can take several seconds before you see a response. The same holds true if you use the Alexa apps’ voice assistant function to control a smart device in your home.

With 5G, you can all but eliminate the gap between when you issue the command and when your devices respond. Again, this is because 5G utilizes multiple frequency bands rather than the few that are accessed now. Less latency results in better control overall.

A smart home doesn’t always feel “smart,” especially when it seems like there is a lot of lag. With the introduction of 5G, the smart home will benefit in several major ways. It might even be able to serve as a backup connection for smart cameras in the future, similar to the way some cameras will default to LTE if your Wi-Fi drops.

Only time will tell how much impact 5G will have, but one thing is clear: It won’t go unnoticed.