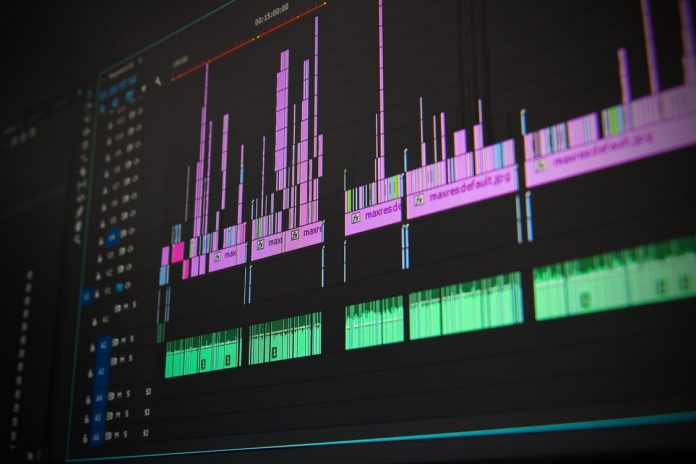 Among the several conveniences that an android device has to offer, the voice recording feature probably is somewhere on top of the list. Almost everybody finds the need to record audio on their devices, such as musicians wanting to record an idea, students practicing their speeches, or professionals in the field of journalism who need to record interviews.

Having such an in-built feature reduces the need to separately purchase a voice recorder from a store – as your handheld device can do just the same for you!

Computer Science students that will eventually go on to work for the development of software for applications such as voice recording need to abide by certain professional IT practices. For every project that they take up, they need to keep in mind certain guidelines that will ensure that their goals are met and that their plans don’t go haywire. Additionally, an approach integrated with strategic project management ensures that there is a flow that does not get disrupted.

Here are some of the best tried and tested applications for voice recording available on android!

This is one of the most high-functional voice recording applications that lets users record and save in a variety of formats, such as MP3, MP4, Wav, OGG, M4A as well as FLAC. It comes with an additional feature that supports cloud integration, making it highly convenient to directly upload to cloud storage such as Google Drive and DropBox.

It comes with certain other controls such as the ability to regulate playback seed, skip the inaudible parts of a recording as well as a feature to connect to Bluetooth devices. All this functionality packed into a free android application really makes it worthwhile downloading – hence my highest rating I give to this.

Despite being one of the newer applications in the voice recording category, this poses a strong competition to the others. Apart from recording voice, this app is enabled with features to let you record other things as well and comes included with boosters as well as filters for you to manually adjust and improve sound quality.

It also comes equipped with an audio editing feature that lets you tweak your audio after recording if need be. The filters include noise cancellation, fade-in/fade-out effects, and de-essing. Most musicians will find this application useful but anyone can use it for whatever they would like to.

Ultimately, the aim of all android users utilizing voice recording apps aims to achieve the highest possible quality of the audio recording. Loaded with several features, this free android application helps record high-quality audio even in unfavorable environmental conditions. Certain options such as “live audio spectrum analyzer” as well as “microphone gain calibration” help in automatically as well as manually controlling the sensitivity. This application has over ten million downloads for being this handy!

The only letdown of this application is something that should be kept in mind – you will not be able to create audio files that exceed the 2 GB mark on this application.

If you are on the search for a voice recording application available on Android that lets you customize bit rates and sample rates, as well as record in various modes such as mono or stereo and choose codecs – RevForge II Audio Recorder should be your go-to choice.

You can schedule your recordings, attach various types of external mics as well as manually control the gain. You can also control the pitch, tempo, and playback rate of each audio file that you record and edit on this application. An added bonus of this application is that it takes up minimal battery consumption.

This application is an extremely strong one among all other voice recording applications – this is because of the fact that it records its audio files in an MP3 format. This helps make the sound files compatible with almost everything.
Additionally, everything that you record automatically gets uploaded to Dropbox as soon as you finish recording. It comes along with widget support as well as a feature to choose exactly which mic you want to use on your chosen device.

This application allows you to record all sorts of audio files sans restrictions and also lets you take a look at the visuals created by the sounds using an Audio Spectrum Analyzer. It continues recording in the background while your phone’s screen is turned off – which is great for your battery and also simultaneously allows you to perform other tasks.

One of the best applications for college students, LectureNotes helps them record and organize notes to lend a helping hand for homework later on. It lets you record audio while you take notes using the regular Notes application as well as helps you record videos – which is best suited for lectures. Because of the fact that some of the additional plugins aren’t free of cost, we do not recommend it to those looking to casually record audio. But for students that would require such functionality on a regular basis, this should definitely be checked out.

Some android phones do not come with an in-built feature of recording audio calls – this application is to combat exactly that. If you are looking to record all incoming and outgoing calls, such as for business meetings, or if you would like to recall the important pointers from a call, this application is one of your best options.

This application is great for marketing professionals. It lets you share seamlessly across other applications as well as has an in-built feature that allows you to directly blacklist numbers from which you do not want to receive calls.

This application is great for musicians as it lets them record lyrics, music, and whatever else they would like to. An in-built editor lets you record multiple tracks as well as allows you to fine-tune post the recording session. It contains in-app purchases that help you loop and mix your tracks and then also integrate into other platforms such as SoundCloud social media networks such as Facebook.

This is an application that mostly caters to professionals – such as for business meetings, etc. It comes along with the basic features such as recording, sharing, and playback, as well as offers a transcription service and photo-taking. Students can avail a discount and get it for around $3 per month.

Computer Science students receive several kinds of IT projects and assignments as part of their curriculum, such as developing software that helps create and design such voice recording applications for Android devices. To ace such assignments, it is imperative to keep in mind a framework that clearly elucidates the order in which the tasks will be executed. Apart from this, clear knowledge of the topic and research work is required to fully be able to surpass your professors’ expectations and thus land good grades!

Author Bio: As a technology enthusiast, Mary contributes to open-source projects. She is the editor-in-chief at Top My Grades and delivers online sessions to help students with IT assignments and reports for their university projects. She has also authored blogs on Lifehack.org, Wn.com, Medium.com, Minds.com and many more digital publications.

Facebook
Twitter
Pinterest
WhatsApp
Previous articleUpgrade to Wi-Fi 6 with Netgear’s NIghthawk mesh system down to $169
Next articleFortnite challenge guide: Scan a server at a Surface Hub