Home How to Warzone: Tips and tricks to conquer Rebirth Island
How to 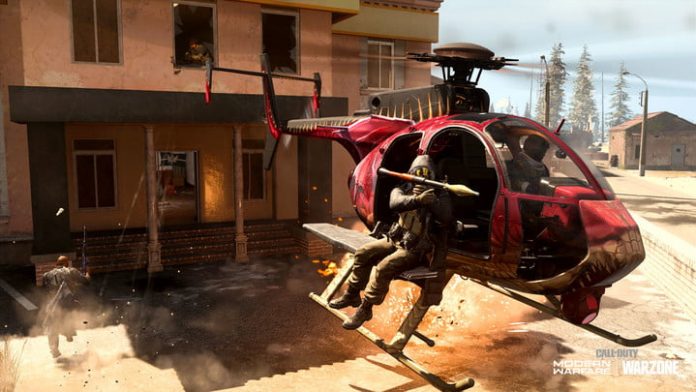 It’s been enough time since launching for players to develop a firm grasp on Rebirth Island. The new Call of Duty: Warzone experience is a fast-paced battle royale with a handful of tweaks and additions. Rebirth Island is all about fast starts, risk/reward, and team wipes. Ideally, you’ve found your preferred landing spot, and you’ve certainly figured out where other teams like to land as well. This guide will walk players through five essential tips for winning more Rebirth Island games in Call of Duty: Warzone.

What is Rebirth Island?

Rebirth Island is an all-new way to play Call of Duty: Warzone. Forty players will drop on Rebirth Island, a map slightly bigger than Port in Verdansk. They’ll operate as they normally would, doing contracts, looting, and finding money. However, Rebirth Island has one essential mechanic that you’ll need to adapt to.

Respawning is huge on Rebirth Island as there is no Gulag. If you die, you’ll have to wait for an allotted amount of time (anywhere from 15-45 seconds) until you drop back in. However, one of your teammates must stay alive to respawn. If the entire team dies, that’s it. The surviving teammate can help in decreasing the respawn time by getting kills. They can also buy back teammates in an emergency; however, buybacks aren’t totally viable on Rebirth. Once the final circle closes, you won’t be able to respawn, similar to when the Gulag closes in Verdansk. Your teammate could buy you back at this point, but it’s a serious gamble.

Lastly, Rebirth Island’s final “eclipsing” circle is twice as big as Verdansk’s. Your position is key at the end. Forcing players to run toward you is almost an instant win.

The Drop — Be the first or the last one out

Rick Bobby has a great point when it comes to Rebirth Island. The drop onto the island is like jumping off a tall building in downtown Verdansk. It’s nothing compared to the drop you’re accustomed to, and you’ll be on the ground (or on a rooftop) faster than you can say, “I’m being shot out of the sky!” Thankfully, being killed before you hit the ground is a rarity on Rebirth Island.

Rebirth Island is about starting fast. You want to be the first team on the ground with weapons or the last team out of the plane, hoping to get the drop on another squad. Jumping mid-flight will be pure chaos as most of the lobby heads for Prison Block and its surrounding buildings.

It’s imperative that your team lands together in an area you’re accustomed to, as this leads nicely into the next tip…

Wipe the squad you land with

Nine times out of ten, you’re going to land with another squad. Rebirth Island is only a fraction of the size of Verdansk. Contracts and loot are spread evenly around the Island, with a handful of Buy Boxes in between. This is why it is imperative that your team land in a building/area you’re used to. You’ll learn where other players like to land as well as where you should land to grab a weapon immediately. Sometimes it doesn’t go your way, and your team ends up getting sent back to the lobby. However, it will work out most of the time, so stick to what you’re comfortable with. It’s important to wipe the squad you land with because the worst thing you can do is end up in a five-minute respawn loop as your squad and another take turns killing each other. Neither team is going to benefit, and the gas is going to be closing in quickly. Play aggressively on the landing. Once that first circle closes, half the lobby is already gone. Be in that half.

Buy your own loadout

This is probably the most important tip on this list. If you haven’t already discovered, loadout drops only cost $7,500 on Rebirth Island. That money should be easy to come by, and your squad should have a loadout drop before anyone else so long as you dropped early, landed in a familiar spot, and wiped the team you landed with. There is still a free loadout that will fall as the first circle is almost closed (about 10 seconds remaining). However, these loadouts are incredibly dangerous and should not be the team’s priority.

If you’re respawning, or your team wasn’t able to scrounge up enough cash for a loadout, the free loadout is worth hitting, but don’t expect to get out of there safely. There’s a chance nobody is watching the box, but it’s slim. You will never get an isolated loadout drop on Rebirth Island. If you do, you should drop everything and buy a lottery ticket.

Don’t worry about having Ghost of Rebirth Island. With the close-quarter nature of Rebirth, you’re better off having your two primary weapons than having Ghost. This only applies if you’re an Overkill-to-Ghost double loadout player. If you buy your own loadout, grab that Overkill class. If you’re able to get to your free loadout (safely), go ahead and pick up Ghost, but don’t make it a priority.

Don’t get stuck in the respawn loop

The respawn loop happens when two teams can’t wipe one another, and players keep spawning, getting one kill and then dying again. This is especially harmful when it happens just after landing. Your squad and another will end up preoccupied with one another for the entirety of the first circle. Even if you manage to wipe the other team, you’ve got no ammo, no money, no loadout, and the gas is coming. Admit defeat if two members of the team get killed. The third player should hide long enough to respawn their teammates and move to a different building.

Remember, enemies will be getting the “enemy soldier incoming!” notification, so there’s no sense in trying to surprise anybody.

Don’t bother with Recon Contracts. Rebirth is not hard to navigate, nor guess where the next circle is going to be. Popping a recon beacon is just going to give away your team’s position to everyone else in the lobby. You’re better off securing a good piece of high ground with your loadout equipped. If you’re looking to complete contracts, Bounties are your best bet. You’ll be aware of another squad’s location and will get some bonus cash if they end up getting killed by a third party. Supply Runs are useless and are going to get you killed more often than not. Finally, Scavenger contracts are good if nobody else lands with you. They’re easiest to complete in the Security Area.

Get the high ground

While this tip is an obvious one to any seasoned Warzone player or Star Wars fan, it couldn’t be more important on Rebirth Island. The Prison Block roof in the center of the island is the most coveted location mid-game. While there are many ways up top, your team should have a relatively easy time defending it. There should only be a few squads left at this point. From the Prison Block roof, your team can jump to any location to reposition as the gas is moving. The end game comes fast on Rebirth Island. Keep track of how many enemy teams are remaining and hold the roof, or position yourself so that enemies will have to push in your direction. Be ready for a fight at all times as Rebirth Island’s high points are highly sought after.

There are s a few things you should know about pairing Xbox controllers to your shiny new Xbox Series X system. Here's how to sync an Xbox Series X controller.
Read more

How to send a text to your email

Want to know how to send text messages to email accounts, or have all your incoming texts forwarded to your email inbox? Our handy guide will explain all.
Read more

How to update apps on Android

Here's our no-nonsense guide on how to update apps on Android. It includes steps on updating manually and on updating some or all of your apps automatically.
Read more